Why do Christians Condemn Slavery?

I saw an interesting question posed by David, a self-identified atheist in a Facebook group the other day. I believe the question is earnest and his tone appropriate. I think it deserved a thoughtful response. He asks:


I am an atheist. However, this is a serious question that will appear to be trolling. Trust me, it isn't.

Why do Christians condemn slavery?

The Bible seems to condone a few different forms, explicitly in the OT (Leviticus 25:44-46) and at least complicity in the NT. Doesn't Jesus (Luke 12:47-48), Paul (Ephesians 6:5, 1 Timothy 6:1-2) and others use this relationship as a allegory of people's relationship with Jesus, being "slaves to Christ"? Isn't this supposed to be a picture of this relationship, similar as a husband and wife relationship is a picture of Christ and the Church? We wouldn't want to abolish the institution of marriage, correct? If we abolish slavery forever, how will people one hundred years from now REALLY understand this slave/master relationship? Perhaps abolishing slavery will ultimately hurt our chances of understanding God, no? So, why do Christians condemn slavery? 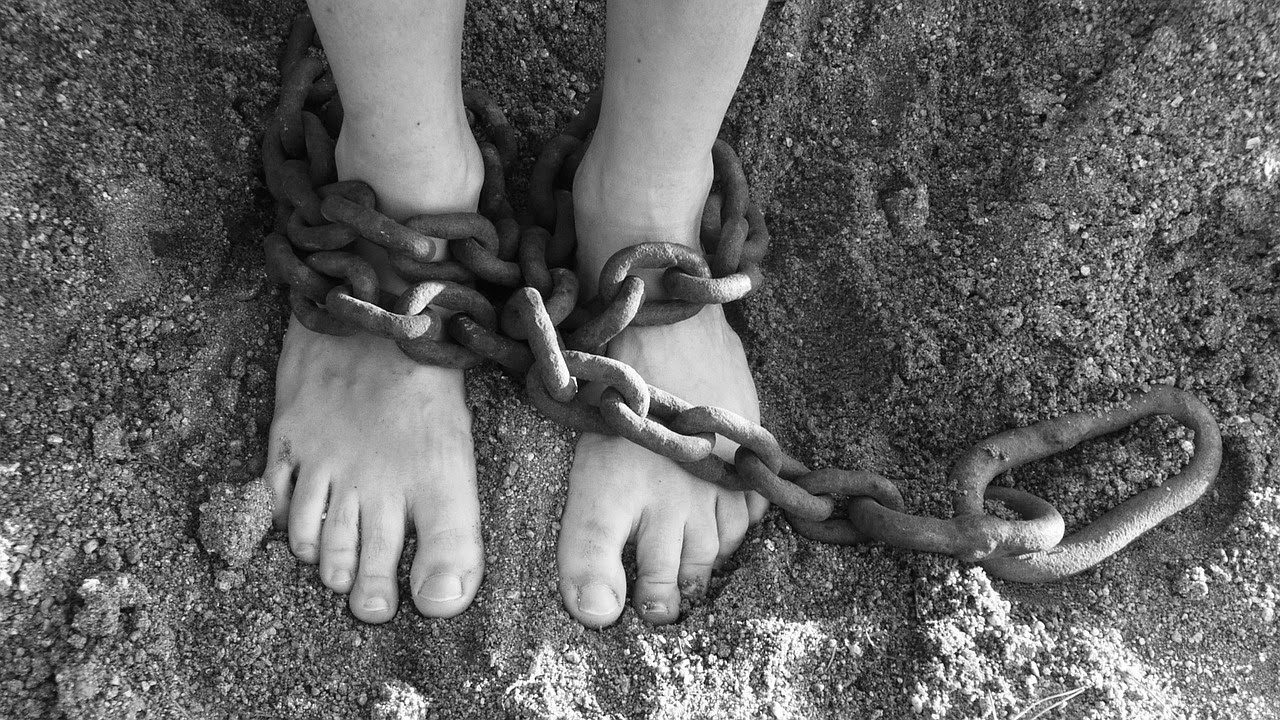 There's a lot here, so I want to go through it appropriately. I also think there's a related question that wasn't expressed but that may be in the back of the questioner's mind, which deals with the Christian objection against same-sex marriage. Let me tease this out a bit.

One way that some Christians have argued for the sanctity of man-woman marriage is because God created it to reflect the relationship between Christ and His church (Eph. 5:22-33).Same-sex marriage mars that model by eliminating the husband/wife distinction. Two men or two women don't fit the designations of Ephesians 5.

Another model of the relationship between Christ and the believer is the slave model. Almost all the New Testament writers used the phrase of themselves (Rom. 1:1, 2 Cor. 4:5, Gal. 1:10, Phil. 1:1, Jas. 1:1, 2 Pet. 1:1. Jud. 1:1, Rev, 1:1) and also other Christians (Col.1:7, Col. 4:7, 2 Tim.2:24, Rev, 1:1). Slavery, therefore, is a way believers can identify in their relationship with Christ. Thus, if same-sex marriage corrupts the picture of Christ and his church as laid out in Ephesians 5, then doesn't the abolition of slavery also corrupt the picture of a devoted believer to his Lord as cited in the passages above? Aren't Christians being inconsistent in standing against same-sex marriage while they support the abolition of slavery? Since Leviticus is the primary text against homosexuality (Lev. 18:22) and it condones slavery in Lev.25:44-46, then shouldn't Christians be consistent in their obedience to the Levitcal laws?


Not All Levitical Laws are Alike

I appreciate David's thoughtful approach to this issue. However, I think he misunderstands the role Leviticus plays in the life of the Christian. The Levitical laws are primarily written to the inhabitants of Israel and they were intended to give the new nation a way of separating themselves from their pagan neighbors, showing their allegiance to their God, and various social laws on how to run a nation. Today, the first two items would be seen by most Westerners as separate from the third, but that wasn't true for people of that era, just as it isn't true for many in the East. Paul Copan notes the distinction when he writes:

So when a neighbor, say, moves boundary stones to enlarge his own territory, this has a social impact, affecting his neighbor's livelihood. This act of theft from a neighbor isn't just a societal violation; it's a violation against God as well. Or consider how adultery throws a family into upheaval, not to mention creating a tear in Israel's social fabric. It was an offense against God as well. So when the one God makes a covenant with his people (at Sinai) just before providing a land for them, he is attempting to reshape his people into a nation very much unlike their neighbors.1

Some of these laws, such as dietary restrictions or not wearing garments of mixed fabric are clearly made to distinguish Israel as discriminating and unique. The New Testament tells us that the sacrifice of Christ abolished those distinctions in passages like Acts 10, where Peter first sees a vision of the unclean animals, is told to kill and eat them, and then receives gentile visitors. He concludes, "I most certainly understand now that God is not one to show partiality, but in every nation the man who fears Him and does what is right is welcome to Him" (Acts10:34, ESV).


Laws Must Reflect Their Culture

Secondly, the laws of a nation will naturally reflect the times in which one lives. For example, horse theft used to be a capital crime in many states when a horse was crucial to a man's livelihood and it usually was the most expensive piece of property he owned. Those statues are no longer applicable; not because the crime has changed, but because the culture has changed around it, making losing one's horse an act that has different consequences. Jesus noted this, too, when he chastised the Pharisees asking about Moses' law of divorce in Deuteronomy 24.

I say this because it is crucial to understanding the concept of slavery in the ancient world, especially in the way the New Testament writers use the term. As I've said before, slavery in the Ancient Near-East was not the same as the chattel-slavery of the pre-Civil War South. It was more like serfs and Lords in Israel. Remember, no one was guaranteed a meal in those days. If you were hurt, if you were poor, or if you were a conquered people, you had very few options to avoid starvation. People would even sell themselves into slavery to pay off debts. Once under the protection and care of a wealthy master with the resources to guarantee your basic welfare, some people would actually be better off as slaves. There were even those who decided to pledge their allegiance to their master and became a permanent "employee" of the master's house, sometimes written as a bond-slave or bond-servant. This is the idea that Paul and the other writers above make when they compare themselves to slaves. They are committing themselves freely and permanently to Christ.

Slave in the New Testament is also often used as a descriptor of one's entrapment to sin, such as Romans 6 where Paul tells the church in Rome that they were previously slaves to sin, but now have become slaves to Christ. So, Christians can consistently oppose slavery and still hold the idea of being a bond-servant to Christ. Slavery in that culture meant something other than modern versions of slavery, and the kind of slavery the New Testament writers use concerning Christians is a voluntary slavery.

Tomorrow, I will discuss a little more how the Levitical laws are relevant to Christians and the general culture.