The Rosetta Stone, SETI, and the Existence of God

For centuries, the hieroglyphics that adorned Egyptian ruins were a mystery to all. Those that saw them recognized them as some type of communication system, but no one knew if the pictures stood for words, letters, or something else. When archaeologists finally discovered the Rosetta Stone, they were very excited because they felt this would finally give them a chance to decode the mystery.1 How did they know this? They saw the same inscription was carved into the stone three ways: in Greek, in Demotic script, and in the hieroglyphs. Since scholars had a strong knowledge of ancient Greek and a little understanding of the Demotic, which was an outgrowth of the ancient Egyptian language, they had the basic pieces in place to begin unraveling the hieroglyphics. But you should ask yourself at this point how did they know that the hieroglyphics were decipherable at all? The answer is simple on this point: language represents ideas and ideas can be transferred between mediums. Information exists separately from the systems that carry it. 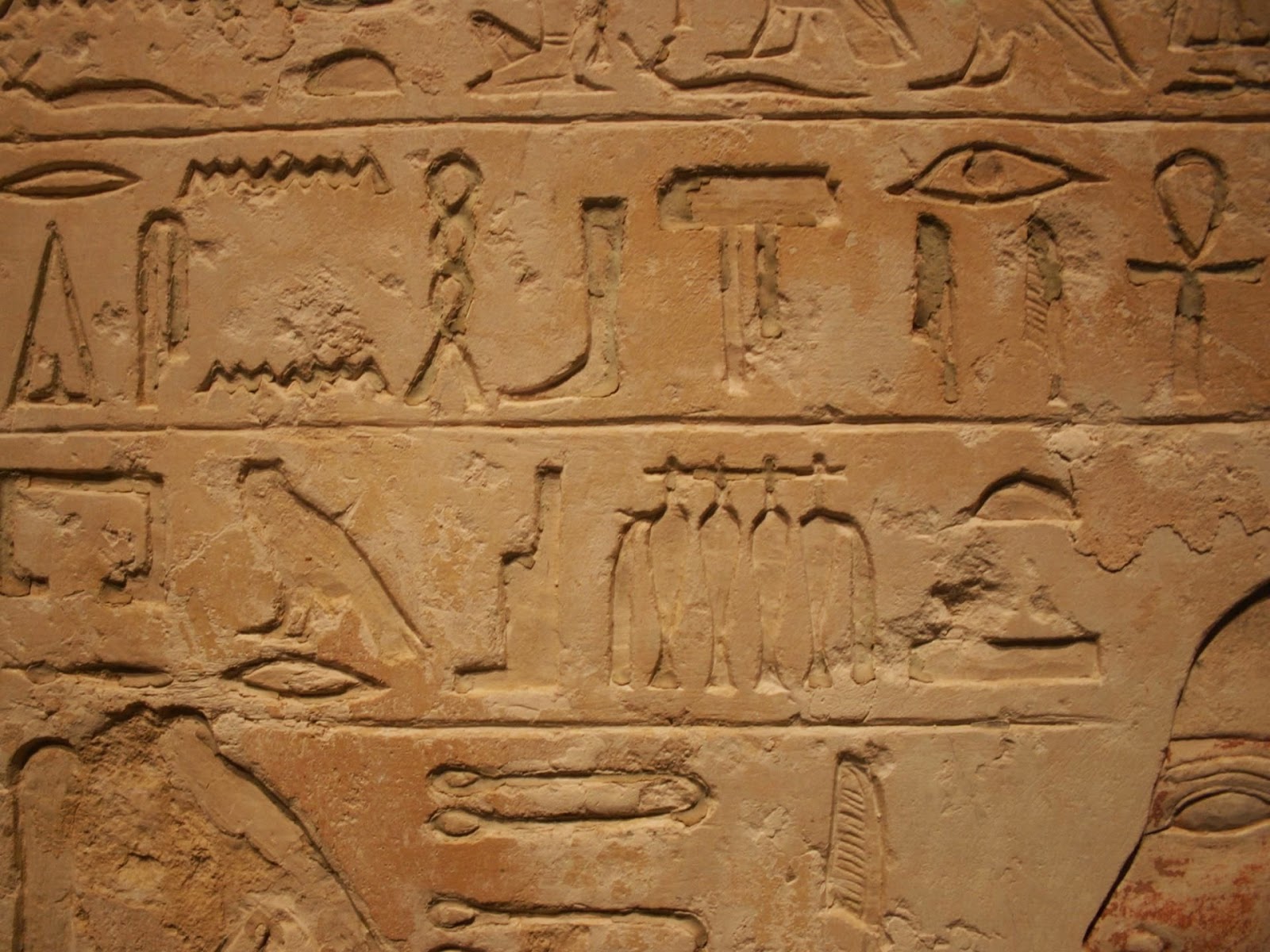 Because this is a hard point, let me unpack this a bit further. The Rosetta Stone inscription basically declares the newly-crowned King Ptolomy V a god and provides details on feast days, temples, and such.2 Even though the people who engraved the stone lived 2300 years ago and the language they spoke bore no resemblance to English, we can still understand their intent because the underlying ideas contained in the Stone do not exist only in Egyptian hieroglyphics. The ideas, that is, the information that is contained within the Stone, existed in the mind of the writer prior to the Stone's engraving. We are able to understand it not because we understand the language, but because we understand the ideas that the language represents. I can be fluent in many languages, but I must first have an idea before I can use any of those languages effectively. With no idea behind them, words become like those letters on my refrigerator door. They may accidentally fall into place at times, but they really don't mean anything. Information must precede the message system that carries it.

The concept that information comes from minds is one that scientists have accepted, a belief that can be readily demonstrated by their formulation of the SETI project.3 SETI is the Search for Extraterrestrial Intelligence. It is a scientific venture "to explore, understand, and explain the origin, nature, and prevalence of life in the universe."4 One of the ways they do so is by trying to observe transmissions from outer space. The SETI scientists use very powerful radio dishes pointed towards space searching for transmissions from intelligent life on another planet.5 But space can be a very "noisy" place. Pulsars and other phenomena emit electromagnetic waves that can either be seen or heard. Therefore, the scientists who are working on the SETI project have a way of determining if the signals they receive are from intelligent life or just signals occurring naturally in space.

In order to determine if a signal shows signs of intelligence, SETI researchers use the same basic principles that we have outlined in our discussion above. They look for orderly signals, not random static. They look for complex signals, not a blip at regular intervals. They look for a specific pattern that would have the earmarks of coming from a mind. In the movie Contact, which used SETI as its basis, researchers found a signal broadcasting the first twenty prime numbers. If these three traits were confirmed in a signal, the scientists at SETI could reasonably conclude that what they are receiving was some type of message system that came from a mind.


A Computer Code Inside Your Cells

Whether it's archaeology, SETI, computer data, or another medium, the principles for identifying an information-bearing system are the same. But what about biology? The DNA inside your cells meets all the criteria of the SETI researchers' qualifications: it is a complex, non-repetitive, specific four-letter code that very much resembles computer code. DNA carries quantifiable information, and like the Rosetta Stone, that information exists independently of its alphabet. The human genome project has cataloged the sequences of the 3 billion chemical base pairs that comprise the human DNA.6 We can express them in other forms of writing (such as "begin to assemble this protein"). And even though DNA only uses four letters, it is still capable of carrying out the most complex instructions. Computers today use a binary language comprised of only ones and zeros. Four letter languages actually have an advantage. And like the letters on my refrigerator in the example above, if you rearrange them, you no longer get a cogent message; instead you will get corruption and the message will be lost. They must be organized in a specific sequence to provide a proper blueprint for a human being.


DNA —Evidence of a Mind

Scientists routinely object to this argument within the Intelligent Design community by dismissing ID as not being "science," saying things like ID cannot be tested by experiment and that it isn't falsifiable.7 However, the criteria I've proposed is exactly the same as all those scientists use on the SETI project. The SETI Institute lists over fifty people involved with the project classified as "Scientists and Senior Staff."8 Although I know many who are skeptical about the SETI project successfully finding intelligent extraterrestrial life, I've never met an honest person — believer, skeptic, or atheist — who didn't believe that the SETI project is real science. Even the popular scientist Carl Sagan, who very vocally dismissed a personal God,9 felt that this was good science, vigorously promoting the SETI project.

So if the scientific community are going to be honest, they must either discount the SETI project as non-science or admit that the criteria is good science and is fair game to determine the origin of life. If the criteria are good enough for the astronomers at JPL viewing Mars, the archaeologists investigating the Whiteshell rocks, and the SETI researchers, then they're good enough to prove that there's an intelligent mind responsible for our DNA. DNA points to the existence of God.

1. See the foot note on page 9 of Clarke, Edward Daniel. Travels in Various Countries of Europe, Asia and Africa: Greece, Egypt, and the Holy Land. London: T. Cadwell and W. Davies, 1817. You can access this book online at http://books.google.fr/books?id=l14GAAAAQAAJ&printsec=frontcover&source=gbs_ge_summary_r&cad=0#v=onepage&q&f=false
2. A fully translated text of the Rosetta Stone may be read at the British Museum's web site. http://www.britishmuseum.org/explore/highlights/article_index/r/the_rosetta_stone_translation.aspx
3. I've found several examples in writings of Intelligent Design advocates using both the SETI project and the motion picture Contact starring Jodie Foster as examples. William Dembski used Contact as his illustration in his "Science and Design" (First Things: Oct 1, 1998), Walter L. Bradley and Charles B. Thaxton used SETI in their article "Information and the Origin of Life" (The Creation Hypothesis. J.P.Moreland, Ed. Downers Grove, Il.: Intervarsity Press. 199.)
4. Taken from the mission statement of the SETI Institute at
Posted by Lenny Esposito at 2:30 PM
Labels: atheism, creation, DNA, existence of God, intelligent design