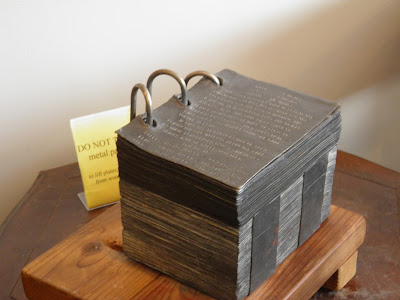 But here we see a supposed Hebrew prophet who was raised near Jerusalem and could write in a modified Egyptian language using a term for the Messiah that only comes from a Greek word.  Does this sound believable?  It's kind of like claiming you found a book written by George Washington where, when visiting New York he borrowed a 20th century advertising slogan and exclaimed, "I love the Big Apple!" Such points are clear signs that the book's author sits well outside its historical setting - and they are a clear sign of a forged document.
Posted by Lenny Esposito at 5:38 PM 8 comments:
Labels: Book of Mormon, history, LDS, Mormonism, religion

What's Wrong With "Why I Hate Religion, But Love Jesus"? 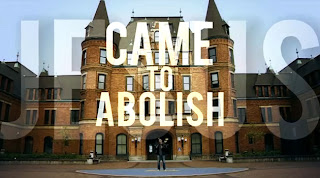 Modern culture runs at a pace faster than ever before. Unfortunately, some important practices fall victim to all that acceleration. One of the more concerning things I have seen is the proclivity of Christians to jump onto nice, neat slogans about their faith instead of really knowing what their faith is about. This is what I would call bumper-sticker Christianity, where people affirm phrases like "God said it, I believe it, that settles it." Well, cannot a Muslim make the exact same claim?

My concern is highlighted by a new video that is catching fire around the internet seeks to draw a distinction between religion and Jesus. ;Entitled "Why I Hate Religion but Love Jesus," street rhymer Jeff Bethke starts off with a bang, claiming that "Jesus came to abolish religion." He then begins a nearly four minute contrast between the problems of religion and the true faith expressed by Jesus and others in the Bible. Obviously, the video has struck a chord in the greater Christian community. The YouTube page shows over six million hits in just over two days. But I think Bethe not only is fostering a wrong view, he may actually be doing more harm than good in certain instances.

In the video's description, Bethke writes "In the scriptures Jesus received the most opposition from the most religious people of his day. At it's core Jesus' gospel and the good news of the Cross is in pure opposition to self-righteousness/self-justification. Religion is man centered, Jesus is God-centered." And this highlights the problem with the video--Bethke is simply wrong in his definition of religion.

When most people talk about religion, they understand that it involves an entire system of thought, including what God is like, what it means to be moral, and what kind of worship practices are acceptable, and when you talk about worship, you are specifically talking about relating to God in some way. So relationship does come into play when we are talking about religion!

Many of Bethke's examples are not of religion, but of hypocrisy. "They might preach grace but another thing they practice" and "It's like sayin' you play for the Lakers because you bought the jersey." He draws from Jesus' rebuke of the Pharisees in Matthew 23:27 in saying that "religion's like spraying perfume on a casket." But that's not what Jesus said. Earlier in the same book Jesus says explicitly, "“Do not think that I came to abolish the Law or the Prophets; I did not come to abolish but to fulfill".(Matt 5:17). Jesus was denouncing the Pharisees abuse of Jewish law, not the Jewish religious system as a whole.

Other claims, such as "If religion is so great, why has it started so many wars? Why does it build huge churches but fails to feed the poor?" are not only patently false, it shows how prevalent the influence of the New Atheists such as Richard Dawkins and Sam Harris have been to even those inside the church. Clearly, Bethke knows nothing of the history of Christendom and hasn't thought his statements through. And if other Christians concede the New Atheists' point on religion being only about starting wars and big buildings with no care for the poor, then doesn't it make it that much easier for people to abandon all faith altogether?

The video culminates with Bethke claiming “One thing is vital to mention. How Jesus and religion are on opposite spectrums. See, one is the work of God, but one's a man made invention. See, one is the cure, but the other's the infection.”  These are incredibly strong words. The problem with such an oversimplification is that I know people who will affirm that statement and still be in the very predicament he's trying to warn people against. As I've previously written (you can read the whole account here), I had an encounter at a Starbucks with a woman who very definitely said she felt we shouldn't "over-complicate our approach to God and make it all about religion. I think that people try to make things too hard, when it's all about relationship." But while affirming the "it's not religion, it's a relationship" line, she couldn't tell me why such a relationship was necessary. She held onto the slogan, but had no idea of the nature of the atonement. So, the relationship is one that she understood as a feeling between her and God, not Him dealing with our sin and our proper response to that act.

The phrase of "It's not a religion, it's a relationship" is one I've heard countless times and from many pulpits. The nature of the atonement is a little harder to boil down into a catchy saying. However, no one will understand the true nature of salvation without understanding the atonement. Grace is found in the cross, and we must be diligent to make that the main message of our witnessing. But it means we need to do some hard work; we need to study and make sure that what we say is accurate and we don't misrepresent another's views. I applaud Bethke's desire to see more people be genuine in their faith. However, such desire should never lead us to rely on slogans over proper theology. You never know who may agree with the slogan but still go away lost.
Posted by Lenny Esposito at 9:40 AM 20 comments:
Labels: apologetics, beliefs, Christianity, culture, religion, theology 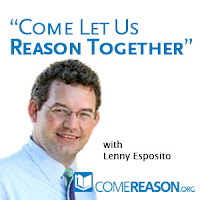 The Come Let Us Reason Together podcast has been one of the most popular features of our ministry. With 90,000 downloads last year alone, our weekly podcast continues to provide thoughtful instruction on important apologetics issues.  We've been blessed to again be counted among the top 16 apologetics podcasts by the well-respected Apologetics 316 web site.

Below are the top five topics downloaded in our 2011 releases. If you haven't yet subscribed to the podcast, you can do so via iTunes or by RSS.

The Apologetics Notes blog is only one part of the Come Reason web presence. Over 250,000 visitors from over 200 countries have visited the www.ComeReason.org web site looking to answers to their questions. Here are the top ten articles viewed in 2011. 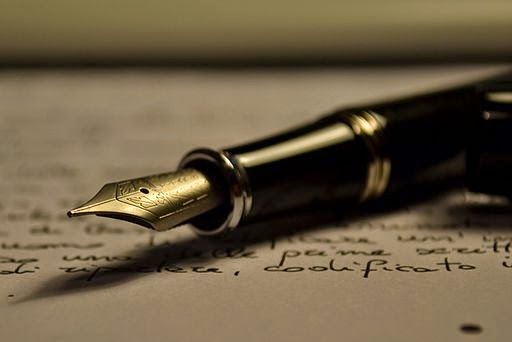 As we begin 2012, I just wanted to say thank you to all who engage with us here at Come Reason through the blog, the podcast, our Facebook page or any of the online avenues we offer. You made 2011 a banner year! We saw over 245,000 visitors from over 200 countries seeking answers to questions on faith, reason, and the Christian worldview. In the next couple days I'll be highlighting some of the more popular content we've seen from all this traffic. First up, the top ten posts of last year from our Apologetics Notes blog: