The Reformation: A Great Schism or Necessary Change?

In this special edition of the Come Let Us Reason Together podcast, Lenny sits down with Reasons to Believe Senior Research Scholar Ken Samples to discuss the 500th anniversary of the Protestant Reformation. It was on October 31, 1517 Martin Luther nailed his famous 95 theses on the door of the Wittenberg church. That act launched one of the most significant changes to western civilization humanity has ever seen.

In this extended podcast, Ken and Lenny discuss the reasons for Luther’s grievances, why the Reformation made the impact it did, how the sharing of the Gospel was affected through the  Reformers, as well as some of the criticisms and problems that emerged from dividing the church.

Dismantling the Pro-Abortion Argument of Saving Children vs. Saving Embryos 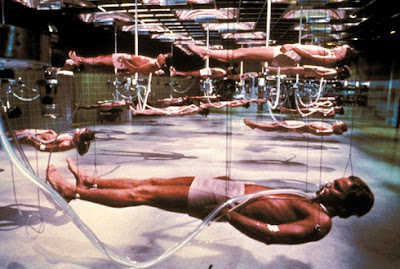 Is a fertilized egg a new human being at its very first stages of life? The answer, of course, is yes. Left to its natural course, a fertilized egg will grow and mature into a fetus, an infant, a child, and ultimately an adult. Each stage adds complexity and capabilities, but they are all stages in the development of the same referent—a human being.

However, pro-abortion folks don't like the idea that a fetus is a human being. They want to deny that the developing baby in utero is really a baby. This morning I saw a series of tweets from New York Times Op-Ed writer Patrick S. Tomlinson posting what he thinks is the ultimate defeater to the pro-life position that life begins at conception. There, he offers what he thinks is a knock-down argument against the position that a fertilized egg is a human being. The original thread begins here, but I've reproduced it below to make it easier for you:


Whenever abortion comes up, I have a question I've been asking for ten years now of the "Life begins at Conception" crowd. In ten years, no one has EVER answered it honestly. 1/

It's a simple scenario with two outcomes. No one ever wants to pick one, because the correct answer destroys their argument. And there IS a correct answer, which is why the pro-life crowd hates the question. 2/

Here it is. You're in a fertility clinic. Why isn't important. The fire alarm goes off. You run for the exit. As you run down this hallway, you hear a child screaming from behind a door. You throw open the door and find a five-year-old child crying for help. 3/

They're in one corner of the room. In the other corner, you spot a frozen container labeled "1000 Viable Human Embryos." The smoke is rising. You start to choke. You know you can grab one or the other, but not both before you succumb to smoke inhalation and die, saving no one. 4/

In a decade of arguing with anti-abortion people about the definition of human life, I have never gotten a single straight A or B answer to this question. And I never will. 5/

They will never answer honestly, because we all instinctively understand the right answer is "A." A human child is worth more than a thousand embryos. Or ten thousand. Or a million. Because they are not the same, not morally, not ethically, not biologically. 6/

This question absolutely evicerates their arguments, and their refusal to answer confirms that they know it to be true.

No one, anywhere, actually believes an embryo is equivalent to a child. That person does not exist. They are lying to you. 7/

No one believes life begins at conception. No one believes embryos are babies, or children. Those who cliam to are trying to manipulate you so they can control women. 8/

Don't let them. Use this question to call them out. Reveal them for what they are. Demand they answer your question, and when they don't, slap that big ol' Scarlet P of the Patriarchy on them.

Is Tomlinson right? Is his thought experiment the death-knell for the concept that life begins at conception?

Tomlinson has made a big mistake in his thinking as he believes choosing to save the five year old somehow denies the humanity of the embryos. How does that follow? How does one's choice determine the essence of the thing that is not chosen? It is a classic non-sequitor.

Now, I agree that almost all people would grab the child first, but that doesn't prove the point that the embryos are not humans who hold intrinsic worth, too. To demonstrate this, let me offer a counter-scenario:

The set-up is basically the same as Tomlinson's, except you're in a hospital not a fertility clinic. On one side you have the five year old child. On the other, a series of ten beds, each with a geriatric patient in a vegetative state. Because the hospital had built safety precautions into their building for evacuations,hazards, the comatose group are positioned on top of an elevator platform. You can either A) save the screaming child or B) you can run to the other side of the room and pull the lever, lowering yourself and the ten comatose patients to safety. There is no C. Which do you choose?

Again, I think most people would choose A. Some may choose B and let the child experience the agony of burning alive. But for most of us, it is as Tomlinson said: instinctively we go for the child. This in no way means the others have somehow lost their humanity. It only means that rational people weigh various criteria, including consciousness and the ability to feel pain when making such decisions.

Like the comatose patients, embryos in test tubes are handicapped. Their ability to naturally grow and develop has been artificially halted, and they have been denied the womb. Just because they have yet developed cognition or the capability to feel pain doesn't make them any less human than my patients in comas. If it were true that those patients were no longer human, then we wouldn't mind at all harvesting their organs as we desire for transplants. (If you shudder at that, then maybe destroying embryos for scientific research should give you pause.)

Ultimately, Tomlinson's thought experiment fails to prove his point. I've answered his scenario honestly. Should I "call him out" and "demand he answer" and admit this doesn't prove what he's hoping it will?
Posted by Lenny Esposito at 7:54 AM 4 comments:
Labels: abortion, apologetics, debate, logic
Newer Posts Older Posts Home
View mobile version
Subscribe to: Posts (Atom)