The Problems with Open Theism

For centuries, scholars have argued about the tension that exists between God's predestination and our free will. Some have backed a model of determinism, but such a position holds certain problems, such as the inability of human beings to make choices that are truly free. This may lead to even greater difficulties such as making God ultimately responsible for evil actions. 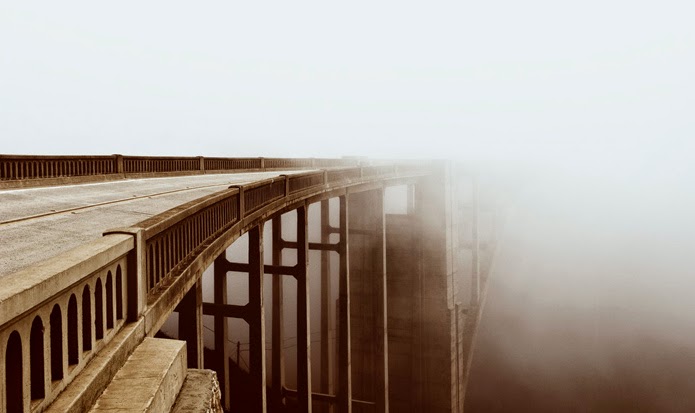 Because of those problems, some Christians have opted to abandon determinism all together and swung radically to another extreme: Open Theism. Open Theism is a view that basically says God has the ability to do anything logically possible and know everything there is to know but undecided future events cannot be known. The main proponents of this view are Clark Pinnock, Gregory Boyd and William Hasker.

1. God does not have to control everything to be sovereign


2. True free will is contrary to determinism.

An important point in the position of indeterminism is the idea that free will necessarily entails agents to be able to choose a path other than the one that was actually chosen. If God determines you to do X, and everything that God decrees must come to pass (He is God after all), then you must do X and you are really not free to choose another option. Therefore, in order for a person to be free, God cannot determine all of that person's future.

Reichenbach writes, "Freedom is not the absence of influences, either external or internal. ...Rather, to be free means that the causal influences do not determine my choice or my actions." He then says "where we are free, we could have done other than we did, even though it might have been very difficult to do so."3

Christianity has always held that God is omniscient and omnipotent (all knowing and all powerful). However, this has never meant that God could know or do what is illogical. For example, God cannot create a square circle because a square circle is a contradiction. Also, He cannot tell you what color unicorns are since they don't really exist.

Similarly, open theists maintain that if God would want to create a world where truly free beings exist, He has the power to do so. However, in order to do so it means that God must limit Himself, like the sovereign mentioned above. He must voluntarily give up the ability to know the future decisively.

According to open theism, because free will means that choices become real only at the time of the choosing, it would be impossible for God to know what that choice will actually be. Hasker states "So if God knows such a choice, it is the actual choosing itself that he knows, and nothing else. But if the choice is never in fact made, then there is no 'actual choosing,' and thus nothing for God to know."4

Gregory Boyd supports this point when he writes, "One is not ascribing ignorance to God by insisting that he doesn't foreknow future free actions if indeed free actions do not exist to be known until free agents create them."5


4. God experiences the future with us.

Because choices don't exist until the chooser makes them, open theism holds that God experiences and adjusts to events as they happen. Boyd tells us, "The Lord frequently changes his mind in the light of changing circumstances or in the light of , he expresses regret and disappointment over how things have turned out, he tells us he's surprised at how things turned out, for he expected a different outcome, and in several passages the Lord explicitly tells us that he did not know that humans would behave the way they did."6

Clark Pinnock concurs: "God gives us room to make genuine decisions and works along side us in the temporal process. What we do matters to God. God responds to us like a dancer with her partner..."7

The Knowability Of The Future

One of the main tenets of Open Theism is that God cannot know future free actions, since those actions do not yet exist in reality. They are merely possibilities; and if an agent is truly free, that agent cannot be bound in any way to one possibility over another. However, this viewpoint has problems both philosophically and theologically.

In looking at claims about future free acts philosophically, William Lane Craig answers the common objection offered by open theists that there is no good reason to deny the truth or falsity of such statements. Such claims  are usually posited in this way: "Why should we accept the view that future-tense statements about free acts are neither true nor false?...About the only answer given to this question goes something like this: Future events, unlike present events, do not exist. That is to say, the future is not 'out there' somewhere."8

Craig answers this charge by showing that statements dealing in past-tense events can be and are considered true or false even though the events of the past, like those of the future do not exist in our present reality. "For example, [the statement] 'Reagan won the 1980 presidential election' is true if and only if Reagan won the 1980 presidential election... Long after the election is over... this statement will still be true. A future-tense statement is true if matters turn out as the statement predicts, and false if matters fail to turn out as the statement predicts."9


God's Claim To Know The Future

The other problem here is God does claim to know future events (ref. Isaiah 46:10.) There are many examples of God knowing the future choices of individuals within the pages of Scripture as well. One of the examples that Gregory Boyd tries to explain is Peter's denial of Jesus. Boyd writes "we only need to believe that God the Father knew and revealed to Jesus one very predictable aspect of Peter's character. Anyone who knew Peter's character perfectly could have predicted that under certain highly pressured circumstances (that God could easily orchestrate), he would act just the way he did."10

I find this explanation wanting. We must remember that Jesus' words weren't just "you are going to deny me" which would be predictable, but "you will deny me three times before the cock crows". In order to "orchestrate" such an event, God would have had to make sure Peter would wind up in a place where he would be forced to deny the Lord, and that his accusers would ask him three times within a defined time period. How Boyd can reconcile the free choices of all these individuals with all these events being destined to take place, he doesn't discuss. Needless to say, it would take more than just perfectly knowing a person's makeup to have the specifics of this prophecy fulfilled.


The Biblical Concept Of Predestination

Of course, the main focus of the Open position is to answer the problems a hard determinist view raises regarding fatalism and man's freedom . However, in denying that God in some way determines the actions of man, the open theist is also denying a Biblical concept - that God has indeed predestined some to salvation before the beginning of the world. Romans 8:29 is the pivotal verse. It states "Those whom God foreknew, He predestined to be conformed to the image of His Son." Boyd tries to explain this to mean  "Paul had [spiritual] Israel as a corporate whole in mind, not individual Jews "11 In other words, the church as a group. He uses this same reasoning regarding Ephesians 1:4 and 2 Timothy 1:9.

But we must remember that Romans 8:28 explicitly states that those who belong to the church are referred to as "the called". In the same chapter, Paul states that Christ is at the right hand of the Father "who makes intercession for us" (v.34). If we are to be consistent in this approach, we would have to say that Jesus' intersession only applies to the church as a corporate entity and not to individual Christians. But this doesn't make sense in light of the preceding verses where Paul talks about his individual suffering and how we (as individuals) eagerly await the redemption of our bodies.