Was the Bible Changed to Make it Look Like Jesus was Worshiped?

There's a silly claim made by Kurt Eichenwald in his Newsweek article that sounds like it came out of a page fron the Jehovah's Witnesses playbook. Eichenwald claims that our modern Bibles get the word worship wrong in the New Testament. He writes that the Greek word προσκυνέω (proskyneo) is intentionally mistranslated by modern biblical texts. He writes:


Throughout the King James Bible, people "worship" many things. A slave worships his owner, the assembled of Satan worship an angel, and Roman soldiers mocking Jesus worship him. In each of these instances, the word does not mean "praise God's glory" or anything like that; instead, it means to bow or prostrate oneself. But English Bibles adopted later—the New International Bible, the New American Standard Bible, the Living Bible and so on—dropped the word worship when it referenced anyone other than God or Jesus.1

He then claims that the change was intentionally misleading to support a view of Jesus' deity that would otherwise be absent for the scripture. He concludes, "In other words, with a little translational trickery, a fundamental tenet of Christianity—that Jesus is God—was reinforced in the Bible, even in places where it directly contradicts the rest of the verse." 2 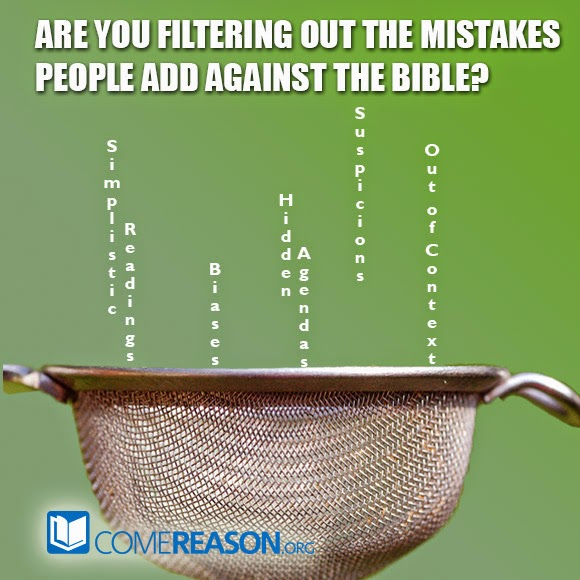 Playing Fast and Loose with Language

Eichenwald is wrong on several counts. First, the fact that there is a single Greek word that can have more than one meaning doesn't meant the translators wouldn't be able to know when to translate it worship and when to translate it bow down. That's like saying one cannot tell if someone tells you "Sam is blue today" you couldn't tell if he was referring to his feelings or his color. Context is king and reading the context of the passage will give you the appropriate English word.

Secondly, it simply isn't true that translations like the NASB "dropped the word worship when it referenced anyone other than God or Jesus." In Matthew 4:9, Satan offers Jesus all the kingdoms in the world if he would just "fall down and worship" Satan. In Acts 10:25, it reads that "When Peter entered, Cornelius met him, and fell at his feet and worshiped him" and in Revelation 13:15, the people are commanded to worship the image of the beast or be killed.

Similarly, there are people who fall down before Jesus where the word proskyneo is explicitly not translated worship. Matthew 8:2 reads, "And a leper came to Him and bowed down before Him, and said, ‘Lord, if You are willing, You can make me clean.'" Matthew 15:25, in the story of the Canaanite woman who sought help for her daughter, reads that she "came and began to bow down before Him, saying, ‘Lord, help me!'" The phrase "began to bow down" shows action and it's thus translated that way, even though the action is directed towards Jesus.

So, Eichenwald's claim that the word is somehow intentionally manipulated to get a result holds no water.


The Jehovah's Witnesses resistance to the word worship

I've had conversations with Jehovah's Witnesses who try to argue a similar point to Eichenwald's. They hold that the word proskyneo shouldn't be translated worship when applied to Jesus. But that argument actually begs the question. We know that the Jehovah's Witnesses would agree that God alone deserves worship. They would agree with us that Jesus even says so in Matthew 4:10 when he rebukes Satan's offer and quotes from "it is written, ‘YOU SHALL WORSHIP THE LORD YOUR GOD, AND SERVE HIM ONLY.'" Even a created angel should not be worshiped. In Revelation 19:10, John was so overwhelmed by the visions that he saw that he "fell at his feet to worship him. But he said to me, ‘Do not do that; I am a fellow servant of yours and your brethren who hold the testimony of Jesus; worship God.'"

Here, we can see the context of the word implies worship, even when it is referring to an angel. We also see that in both instances, the command it to worship God alone. Hebrews 1:5- is therefore especially vexing because God the Father commands the angels worship the Son:


For to which of the angels did He ever say, "You are My Son, Today I have begotten You"? And again, "I will be a Father to Him And He shall be a Son to Me"? And when He again brings the firstborn into the world, He says, "And let all the angels of God worship Him."

The word proskyneo is translated in Hebrews 1:6 as worship and it is clear, unlike Eichenwald's claim, that it isn't the word worship that implies Jesus is divine. It is verse 8 where we read, "But of the Son He says, ‘Your throne, O God, is forever and ever, And the righteous scepter is the scepter of His kingdom.'" The Father calls the son God. We have a clear claim to Jesus' deity and a command that every created angel should proskyneo him. Given that context, the word worship is appropriate.

Both Eichenwald and the Jehovah's Witnesses claim that the New Testament translations are biased, yet neither of them offers the proper context for the word worship, acknowledges that the word's two meanings may be differentiates appropriately given the context of the passage, nor recognizes that there are clear texts that make the claim of Jesus's divinity elsewhere in the New Testament. The fact is that John 1:1 to 1:3 explicitly defines Jesus as Creator God. It seems to me that the charge of disingenuity doesn't fall on the translators of our bibles but on Eichenwald and the Jehovah's Witnesses themselves.