In his book Letter to a Christian Nation, Sam Harris makes the claim that Christians know just what it's like to be non-believers. In fact, he asserts they are non-believers if one is considering the Muslim god. Harris writes:


Why don't you lose any sleep over whether to convert to Islam? Can you prove that Allah is not the one, true God? Can you prove that the archangel Gabriel did not visit Muhammad in his cave? Of course not. But you need not prove any of these things to reject the beliefs of Muslims as absurd. The truth is, you know exactly what it is like to be an atheist with respect to the beliefs of Muslims. You think that Muslims are fooling themselves? You think that anyone who thinks that the Koran is the perfect word of the creator of the universe is misguided? Understand that the way you view Islam is precisely the way Atheists view Christianity, and in fact the way we view all other religions.1 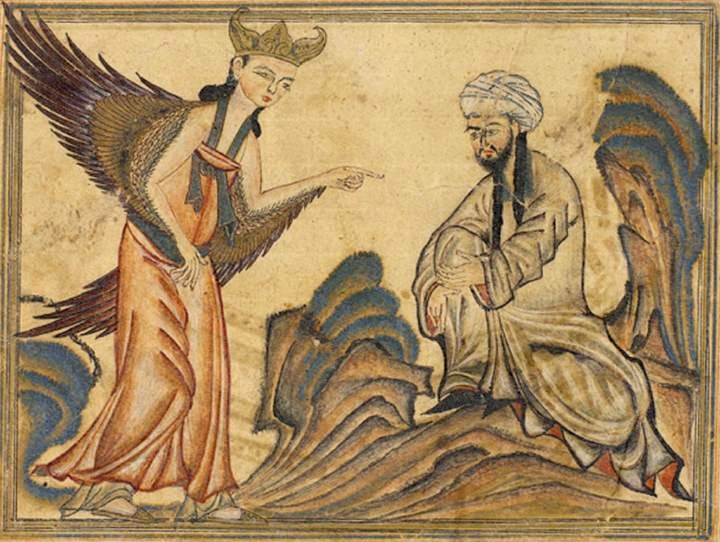 Harris seems to make a convincing claim. Is this right? Are we rejecting Islam in the same way that atheists reject Christianity? Actually, no. Harris offers a false analogy here; Christians have very strong reasons for rejecting Islam while still holding to Christianity as the one true faith.

Harris first tries to stack the deck with his claim that Christians cannot prove that the angel Gabriel didn't visit Muhammad in a cave to unveil the first verses of the Qur'an. That story is itself not part of the Qur'an, but in the later written collections of traditions about Muhammad known as the Hadith.2 These stories were compiled by al-Bukari some 200 years after Muhammad's life.3 While this doesn't exclusively invalidate the Islamic revelation tale, it certainly doesn't put it on the same footing as the Gospel accounts that were written within the lifetime of the eyewitnesses to Jesus's resurrection.

More importantly, the Qur'an references the Bible throughout its pages. Note that the angel claimed to visit Muhammad is the Arch-angel Gabriel. Gabriel is mentioned in both the Old Testament (Daniel 8:16, 9:21) and the New Testament (Luke 1:19,26). Jesus (Isa) is talked about repeatedly as is acknowledged as a messenger from God. Further, the Qur'an points to the Gospels and even instructs Muhammad to verify his doubts with “those who have read the book before you” (Sura 10:94) meaning Muhammad should check with the Christians and Jews who had the Word of God in their book.

Given that Muhammed is to compare his teachings with those of the Bible, it is reasonable to say that the Qur'an recognized and leverages the authority of the Bible. Yet, as Muhammad's teachings evolved over the years, they became more and more unlike those found in Scripture. Islam's description of God is nothing like that found in either testament. So, it is reasonable to reject Islam on the basis that the very authority of their faith (the Qur'an) extols that Bible as the confirmation of the truth, yet contradicts the Bible on the essentials of who God is and what his message is. The Qur'an gives us the test as to whether Muhammad's message is reliable itself: compare it to the Bible. All Christians know that Islam and Christianity are simply incompatible belief systems. They cannot both be true. Since the Qur'an relies upon the Bible and holds it up as a preexisting standard, one is more reasonable to believe the Bible rather than the Qur'an.


The Category Error of Harris' Atheism

There's one other point I want to make in Harris' charge. Believing in no God at all is markedly different than believing in one specific God over another. The fact that there is a Creator of the universe has been recognized throughout all of human history. Getting attributes of the Creator wrong is not the same thing as dismissing any chance of a creator at all.

Other atheists I've engaged with have offered a more sweeping but similar charge, something like “There have been thousands of gods people have believed in across history; you don't believe in Thor or Zeus or Ra. While you're an atheist regarding all these, we just believe in one less god than you.” Such a retort is silly. Imagine turning in your math quiz blank and telling your teacher, “There are thousands of answers to those problems that you don't believe are right. You reject them all. I just believe in one less right answer than you.” I don't think such logic would carry you very far.

Atheists like Harris are categorically different than theists like Christians and Muslims. We recognize that the problem of “Why is there something rather than nothing” is a problem on the table and needs an answer. As a Christian, I will work out the problem with the factors that are set before me. The evidence adds up to Christianity. Harris turns in his blank page and smugly walks away telling everyone else he aced the test.