Who Wrote the Gospels – Testimony from the Church Fathers

In my interactions with skeptics, I've noticed a recurring trend. They take a certain pride being both skeptical and reasonable. They feel that the two go hand in hand; a person who doesn't question claims is vulnerable to believe anything. This may be true to an extent, but there are levels of skepticism that can be considered unreasonable and many times I find myself arguing with the very people who so proudly proclaim their rationalism demanding a level of proof that is simply irrational. 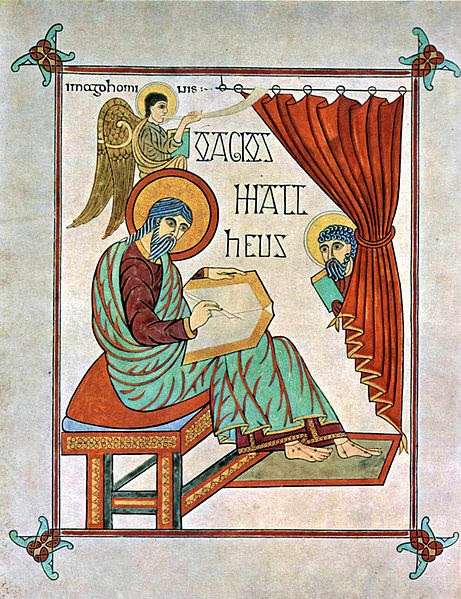 For example, take the authors of the Gospel accounts. We know that the four Gospels were not signed by Matthew, Mark, Luke or John. This is not uncommon, as there were other popular biographies that were also anonymous when written. However, there are good reasons to hold that the Gospels were written by these four men. Let me begin by reviewing the historical tradition linking the four to the Gospel accounts.


The Testimony of Clement

While Matthew, Mark, Luke, and John did not sign their names to their Gospels, the church recognized them as the authors very early in its history. Eusebius, writing at the end of the third century specifically credits the four Gospels to those four writers. Of course, writing about authorship some 200 years after the Gospels were composed may lead people to wonder just how reliable that is. But Eusebius didn't make the connection himself. He quoted from earlier works such as Clement of Alexandria.

Clement of Alexandria lived 100 years before Eusebius and held that Mark wrote his Gospel, taken from the teaching of Peter. He also notes that this Mark is the one Peter mentions in 1 Peter 5:15 (Eusebius, Ecclesiastical History 2.15.1-2).1 He later states that Mark's writing of the Gospel happened while Peter was still alive (Eusebius, Ecclesiastical History 6.16.6).2


The Testimony of Papias

While Clement's writings bring us to within a century of the Gospels' composition, Eusebius quotes and even earlier source, the writer Papias. Richard Bauckham notes that Papias' writings, while composed probably around 110AD are reflections from his earlier investigations as he collected oral reports from disciples who sat under either the apostles' direct disciples or the apostles themselves. Bauckham notes "the period of which he is speaking must be around 80CE."3 According to Craig Blomberg, Papias states Mark, who served as Peter's interpreter, "wrote accurately all that he remembered, not indeed, in order, of the things said and done by the Lord."4

Similarly, we have early support for the other authors as well. Blomberg notes that Papias tells us that Matthew wrote his gospel "alleging that he originally wrote the ‘sayings' of Jesus in the Hebrew dialect."5 Irenaeus, who lived just after Papias confirms that Matthew wrote his gospel and did so early: "Matthew also issued a written Gospel among the Hebrews in their own dialect, while Peter and Paul were preaching at Rome, and laying the foundations of the Church" (Against Heresies 3.1.1). Clement of Alexandria, in the same Eusebius passage where he confirms Mark authorship also confirms Luke and John's authorship of their gospels.