What Were the Crusades? Busting Some Myths

Just what were the Crusades? In his speech at the National Prayer Breakfast yesterday, President Obama likened the evil savagery that ISIS has been perpetrating in the name of Islam to Christianity and the Crusades. First, it makes no sense to with a wave of one's rhetorical hand dismiss one evil because of another. In logic, that is known as the tu quoque (Latin for "you too!") fallacy. Yet, there is another problem with the president's comparison: it's based on a very common, very popular, but very wrong misconception about what the Crusades were about and what actually happened historically. 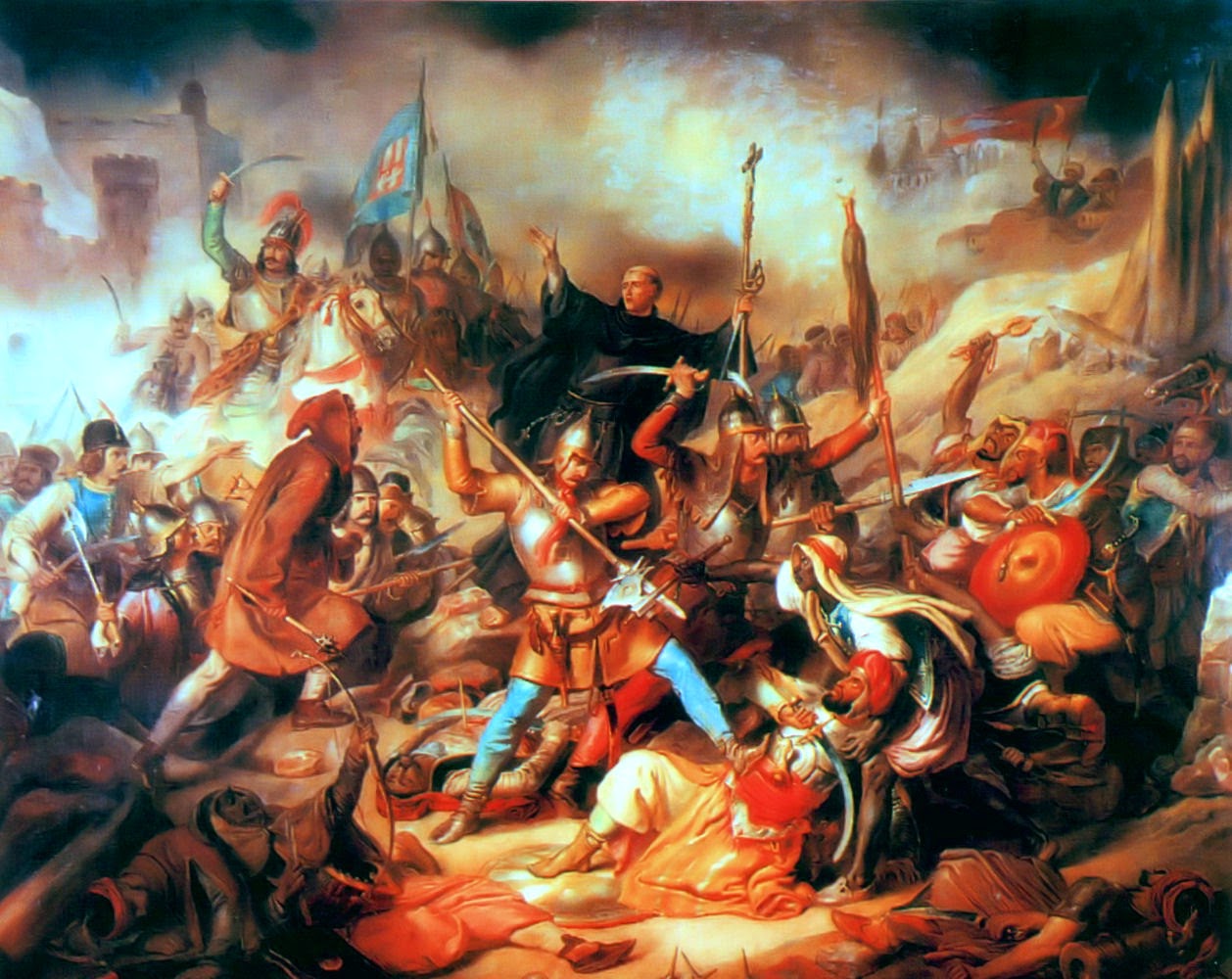 I want to take a moment to play myth-buster and show why the modern assumptions are very much backwards and why the Crusades are not parallel with the ISIS killings we read in the headlines today.


What Were the Crusades? Myth – Christians Unilaterally Attacked Muslim Lands

This seems to be the foundational myth in misunderstanding what were the Crusades. Many believe  that Christians gathered their armies from the various parts of Europe to march into Muslim territory and conquer anyone believing in Islam. Usually, Christians are painted as religious bigots trying to stamp out the unbeliever through warfare and violence. In a supplemental text to the video game "Crusade of Kings, " R. Scott Peoples writes "The soldiers of the First Crusade appeared basically without warning, storming into the Holy Land with the avowed—literally—task of slaughtering unbelievers."1 This is a popular picture, but one that's dead wrong.


What Were the Crusades? Reality –Hundreds of Years of Muslim Aggression

Thomas F. Madden summarizes distinguished Crusades expert Dr. Jonathan Riley-Smith and writes, "All the Crusades met the criteria of just wars. They came about in reaction attacks against Christians or their Church."2 The Muslim aggression towards Christians in Christian lands had been recurring over hundreds of years. Muslim invaders had swept across Northern Africa in the seventh century while simultaneously conquering Christian areas in Palestine, up through Russia and southern Italy. For another three hundred years, they attacked Christian southwestern Europe and west Asia.

Scott Thong in his article "Christianity vs Islam – Who Started This Whole Mess?" presents a detailed timeline of all Muslim aggression prior to the Christian response, but I've reproduced a condensed version below:3


What Were the Crusades? Reality - Christians Hoping to Save Their Brethren

Medieval Historian Paul F. Crawford in his article "Four Myths about the Crusades" sums it up by writing:


Far from being unprovoked, then, the crusades actually represent the first great western Christian counterattack against Muslim attacks which had taken place continually from the inception of Islam until the eleventh century, and which continued on thereafter, mostly unabated. Three of Christianity's five primary episcopal sees (Jerusalem, Antioch, and Alexandria) had been captured in the seventh century; both of the others (Rome and Constantinople) had been attacked in the centuries before the crusades.4

In each case, the faithful went to war to defend Christians, to punish the attackers, and to right terrible wrongs. As Riley-Smith has written elsewhere, crusading was seen as an act of love—specifically the love of God and the love of neighbor. By pushing back Muslim aggression and restoring Eastern Christianity, the Crusaders were—at great peril to themselves—imitating the Good Samaritan.5

So, the comparison the president makes concerning the Crusades and ISIS aggression simply doesn't hold up. ISIS is continuing what Muslims have historically done, with the notable exception that they are seeking to take lands from other Muslims as well. It makes no sense to deflect such barbarism by trying to offer a poor historical comparison. It makes even less sense given the fact that people are dying right now because of ISIS. The threat is immediate and real; pointing to false stereotypes helps no one.