There's a concept held by many today that neutrality is to be valued when discussing important ideas or events. It seems to pop up in diverse conversations about abortion, the reliability of the Gospel accounts, or the debate over creation versus evolution. The claim that because one holds a particular position makes them "biased" and therefore unqualified to objectively weigh a matter is widely assumed, but it's completely mistaken. While biases can lead people to ignore or deny certain facts, biases are absolutely necessary to be an informed human being. 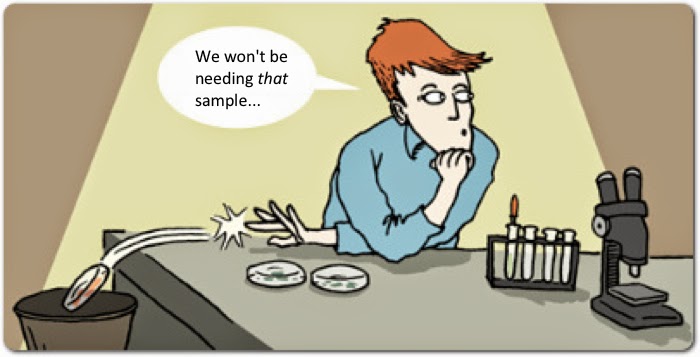 What is a bias?

Just what is a bias? The word has become associated with the concept of prejudice or, as Wikipedia puts it, the inclination to "hold a partial perspective, often accompanied by a refusal to consider the possible merits of alternative points of view."1 Yet, that's not the only definition of what bias is. Bias can be any leaning or predisposition towards a point of view as the Oxford English Dictionary definition notes.2 In other words, anyone who leans towards one position over another in any field will have some kind of bias. But that isn't a bad thing. For example, Jonas Salk had a belief that the same approach to developing an influenza vaccine could be applied to polio, even though prior polio vaccination attempts had been disastrous, causing paralysis and even death in those who had taken it.3  Salk assembled a team and worked for seven years creating a dead-virus version of the vaccine that ultimately proved hugely successful, and it was Salk's bias towards the vaccine method that drove him to keep trying.

It makes sense that bias would be necessary for advancement in a field like medicine. It is simply unreasonable for a person who after years of study and research and to remain neutral and uncommitted about his or her specialty. We expect experts in their field to have some bias towards certain theories or procedures. Bias in this sense is a good thing. As Robin Collins puts it:


Not every bias distorts: some biases can help us decided ahead of time what's worth paying attention to and what is not… I am biased against the possibility that the number of puppies in a litter has anything to do with the number of legs the father has, so I would never pay anyone money to study what the relationship is."4

The myth of being "bias-free."

Of course, the corollary to the "bias is always bad" myth is that there are certain disciplines that are somehow bias-free. Folks assume that journalistic standards or the scientific method can provide unbiased observations about the world. This simply isn't true, either. I've written before about how one man's bias became scientific dogma that we are only now finding to be false. His resilience influenced other scientists, and his bias was accepted as the scientific consensus, shaping national dietary guidelines and doctor recommendations for some fifty years. That's just one example. In any experiment, one cannot measure every aspect of a scenario, so scientists look to measure the "relevant" factors and exclude any "irrelevant" ones. But it is one's previous biases, as with Collins' dog litter example above, that shape what one considers relevant. Thus, he notes "Some biases can distort: people who think that all human behavior can be explained by our genes have a bias that blinds them to moral realities. So, we cannot promise that science is without bias; and we have to assess—by critical thinking—whether that leads to sound or unsound conclusions."5


Looking for the truth value

So, bias is not the determining factor in finding out truth. Some biases, like Salk's, help us to discover new things. Others are unwarranted and lead us away from the truth. The big question is the one Collins asked: can we use our critical reasoning to weigh these things and determine if the biased are appropriate or simply prejudice? That means examining the facts, something that tends to be missing from the conversations of those who seek to shut you down with the simplistic objection of "you're just biased."