What Do You Mean by Evolution?

I've recently had a couple of conversations where someone sought to challenge my questioning of the modern assumption that evolution is a proven fact. One person commented to me "To disbelieve in the theory of evolution requires a suspension of reason so extreme as to be almost pathological." That's a pretty big claim! However, in the broad topic of evolution, the devil is in the details. In fact, for most complex scientific theories, the devil is in the details. Newtonian laws work really well to describe the actions of most things in motion, but when you get down to the sub-atomic level they don't work. That's why whenever I'm challenged by someone by such an assertion, I think it becomes crucial to first make sure you define your terms. 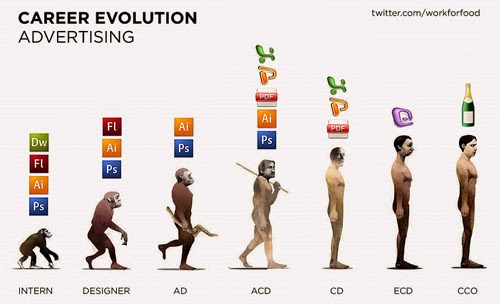 "Change Over Time" Is Unproblematic

One of the biggest problems in causal discussions over evolution is that the word has become so plastic, it can mean almost anything. When someone asks "Do you believe in evolution," I first ask "What exactly do you mean by evolution?" For example, in my conversation, I received the definition of evolution as "inherited traits [that] vary across a population with time." If that's all evolution is supposed to be, then I wouldn't disagree with it. All the breeds of dogs we see are from inherited traits varying across the population with time. Bacteria can and do develop resistances to antibiotics. These things are not controversial in the least.


The magnificent Natural History Museum in London devotes an entire wing to demonstrating the fact of evolution. They show how pink daises can evolve into blue daises, how gray moths can change into black moths, how over a mere few thousand years, a wide variety of cichlid fish species evolved in Lake Victoria. It is all impressive.

Impressive until you walk out and reflect upon that which they were able to document.Daisies remained daises, moths remained moths, and cichlid fish remained cichlid fish.These changes are referred to as micro-evolution.In this exhibit, the museum's staff did not demonstrate a single unequivocal case in which life underwent a major gradual morphological change.1

Yes, change over time happens. Populations become taller, fatter, and balder. But that is neither controversial nor very interesting when discussing the issues of God or why there is so much diversity in life and still so many biological systems seem perfectly designed for their environments.

In an article written for Evolution News a couple of years ago, David Klinghoffer quoted form Jay Westley Richards on some of the multiple meanings the word evolution takes on in discussions. He notes six that were first identified by Stephen Meyer and Michael Keas:


1. Change over time; history of nature; any sequence of events in nature.

2. Changes in the frequencies of alleles in the gene pool of a population.

3. Limited common descent: the idea that particular groups of organisms have descended from a common ancestor.

4. The mechanisms responsible for the change required to produce limited descent with modification, chiefly natural selection acting on random variations or mutations.

5. Universal common descent: the idea that all organisms have descended from a single common ancestor.

6. "Blind watchmaker" thesis: the idea that all organisms have descended from common ancestors solely through unguided, unintelligent, purposeless, material processes such as natural selection acting on random variations or mutations; that the mechanisms of natural selection, random variation and mutation, and perhaps other similarly naturalistic mechanisms, are completely sufficient to account for the appearance of design in living organisms.


There is also the metaphorical sense of evolution, in which Darwinian Theory is used as a template to explain things other than nature, like the rise and fall of civilizations or sports careers…

Finally, there's evolution in the sense of "progress" or "growth." Natural evolution has often been understood in this way, so that cosmic history is interpreted as a movement toward greater perfection, complexity, mind, or spirit. A pre-Darwinian understanding of "evolution" was the idea of a slow unfolding of something that existed in nascent form from the beginning, like an acorn eventually becoming a great oak tree. If anything, this sense of evolution tends toward theism rather than away from it, since it suggests a purposive plan.2

Of course, not all of these will be applicable in your discussions with others on evolution. However, it does show how fungible the word has come to be. Asking with model of evolutionary theory can help take some of the imprecision out of the discussion and it helps to make sure that the ones challenging you knows what they are talking about, too.