You Can't Be an Atheist Without a Belief

The idea was to provide an example of the distinction between the terms agnostic and atheist. As I said before, this idea that one can be both an atheist and an agnostic makes no sense. Of course, not everyone who identifies as an atheist or as an agnostic believes that one can be an "agnostic atheist," but the concept has become more and more popular, even though it’s nonsense. My tweet was what I thought a simple way to demonstrate that. 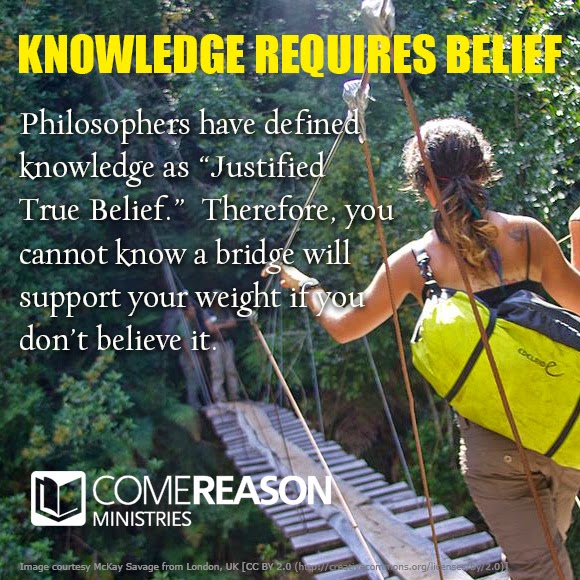 Then the atheists responded.

Uh, sure. But that doesn’t solve the problem. Breaking down the prefix of the words does nothing to show how an atheist can also be an agnostic. The "without" of agnosticism doesn’t mean "without a positive belief in," it means "without any beliefs for or against." It means you either don’t know or cannot know. Either way, one cannot be an atheist and hold that God does not exist.

Philosophers understand that claiming to have any kind of knowledge about a thing, you must hold to some beliefs about that thing. Using my football example, if I claim to know that  Team X will not make it to the Superbowl, that knowledge must be predicated on the belief that they will not be victorious in the conference final against Team Y, or something like that. If I have a belief it is either that they will win or they will lose. Knowledge requires that I have some kind of belief. Therefore, if one holds no beliefs, such as my neutrality regarding football playoffs, then one cannot make a claim to know about them. 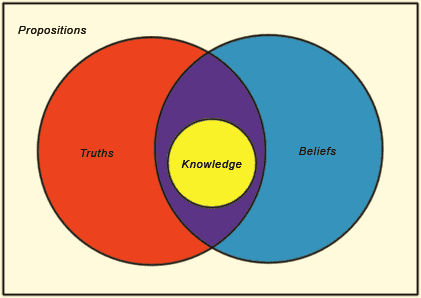 Give that background, I received this response:


@comereason Atheism is about not believing claims, not about making claims
— Foxy (@atheist_fox) January 5, 2015

What followed was an extended Twitter conversation where I tried to show how knowledge requires belief. Feel free to read it. I think a lot of this confusion stems from how many "atheists on the street" mis-define knowledge and belief. They seem to confuse knowledge with facts and belief with feeling.Thus I had one atheist tell me:

That's confused. If you believe that your team will win the Conference finals, you may hold that belief based on their previous record, the analysis of the opposing team, and other factors. You may know know they will will, but you can certainly believe so, based on the facts.

Yet, some people persist in mis-defining agnosticism, atheism, knowledge, and belief. It’s why one atheist actually said:

To which I replied: "You believe that you don't have any beliefs! That's at least one."