What's a Christian to Think of the Killing in American Sniper?

The film American Sniper, which dramatizes the career of Chris Kyle, one of the deadliest snipers in U.S. military history, has smashed box office records. The movie is said to be well made and scenes like the one featured in the trailer highlight some of the impossible decisions snipers face.

However, given the nature of what a sniper's job description is, some Christians are wondering if it is appropriate to see the movie or how we as followers of Jesus should view such a position. One person was sincerely seeking an answer, noting the sixth commandment of "Thou shalt not kill," but also the larger teaching within Christianity of not taking vengeance into our own hands but allowing God to repay. 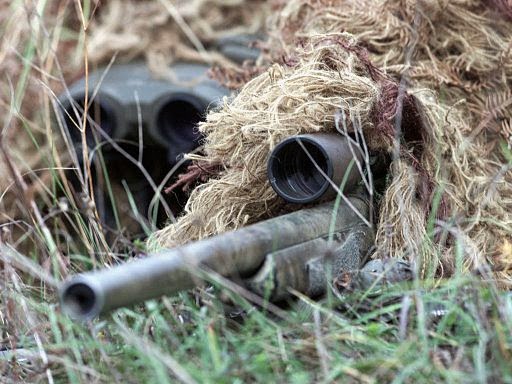 I haven't yet seen American Sniper, nor read the biography, so I cannot comment on the specific situations it portrays. However, I can comment on the general question of Christianity and the use of force, even in war situations.

The laws of the Old Testament can be a little confusing because some of them are applicable to individuals while others apply to a governing authority. It is important to remember that the Ten Commandments were give as a guideline for individuals to follow. Thus, the commandment not to kill in Exodus 20:13 loses a bit in certain English translations. The Hebrew word ratsach implies killing without proper justification. The command may be translated "thou shalt not murder" just as fairly; which is exactly how both the NASB and the ESV render it. It doesn't exclude things like capital punishment as the Levitical law calls for capital punishment in certain situations, including the concept of a kinsman redeemer to avenge a murder of a relative.

Another situation where this wouldn't apply is killing another in self-defense or to protect the life of a third party. Think of the 2012 San Antonio Theater incident where off duty officer Lisa Castellano shot a gunman who had entered the theater and began shooting randomly, injuring one patron. One would expect Castellano to protect others because of the fact that she was armed. In fact, if an attacker was threatening to kill a stranger and you were armed, it would be your moral obligation to shoot an attacker and stop him or her from killing an innocent victim.

Some may say the imminent harm of a shooter justifies deadly force, but a sniper hiding on a rooftop hundreds of yards away is different. I don't think it is. In the case of war, we have an extension of the attacker and the innocent victim. The sniper's job is simple; hew is to protect his fellow troops. If they would be threatened by a terrorist or enemy combatant, they are obligated to remove that person as a threat against their comrades. The difficulty comes, as the clip above shows, in recognizing who is a combatant and who isn't.

The role of the sniper is a small part of a much bigger discussion on Christians' involvement in the act of war. While some believe that Christians should be pacifists, the Bible doesn't teach this. Certainly God called Israel to fight on his behalf many times in the Old Testament. Even in the New Testament (Romans 13), Paul tells us that God gives the sword to the government for protection and punishing the wrongdoer. When one country threatens the population of another, it is like a man who threatens your family. Even third parties like the United States may be justified in stepping in to ensure that justice prevails. Of course, this power of the sword can be misused by evil men, but that makes it even more important that nations who care about justice step in to ensure abuse doesn't run amok.

In the history of Christianity, there has been a lot written about the concept of a Just War. Christian thinkers like Augustine and Thomas Aquinas thought carefully about both what justifies engaging in war and what it means to wage war in a just manner. These can be summarized as:
If a sniper follows these basic principles, he is engaging in proper wartime activities. Much of the problem our troops face today is that many enemies do not follow a Just War doctrine. They target civilians, they enlist the help of civilians, and they disguise themselves as non-combatants in order to achieve their own ends.

For more on Christians and war, see this article on the Come Reason web site: http://www.comereason.org/religion-and-war.asp