Are you ready? Do you have what it takes? Are you prepared to argue? Christians today face more opposition to their beliefs than in the past. Those people are going to assert them to us. Therefore, we need heed the charge of the Apostle Peter who commanded that we always be ready to make a defense for our hope in the gospel (1 Pet. 3:15). One way to do this is to learn to argue well. 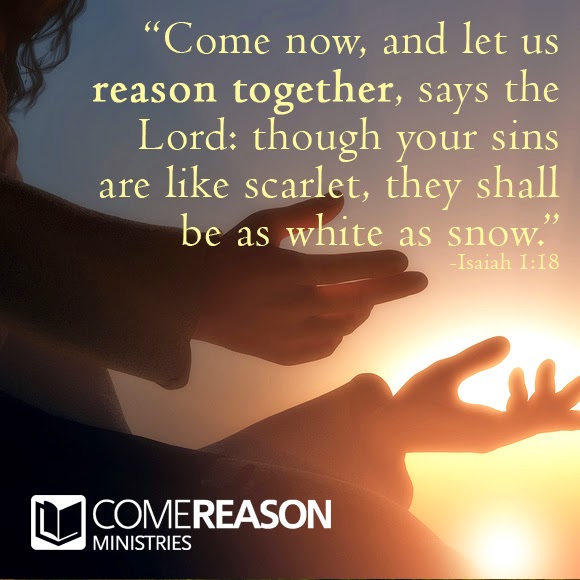 For many people, that last sentence sounds counter-intuitive. "Didn't your mother tell you it isn't nice to argue?" they may ask. Others think it's downright anti-Christian to argue. But, neither of these responses are true; and that's because when I use the word argument, I mean something different from what they're hearing. When I say the word "argument," I don't mean two people yelling at one another or hurting each other's feelings. I mean something completely different; and it has more to do with growing your understanding than raising your voice.


Why It's Impossible to Avoid an Argument

All people have beliefs. You can't be a functioning human being and not hold to at least some beliefs. Some of them are easily identified, such as "I'm alive right now" or "I'm reading this blog post." Others are a bit more complex, such as one's belief in the existence of God or which political party has better answers for his or her country, yet all these beliefs have some kind of reasoning behind them. It may be that you investigated the data or it may be that you were taught a belief from a young age. The authority figure or your study helped form your beliefs. There are a few beliefs that are self-presenting, like the belief that I am not in pain right now. I know I'm not feeling pain because pain experience is direct and immediate. However, most of our beliefs are formed through other means.

Because each one of us has beliefs, each one of us holds to certain things we believe are true about the world. A belief is simply that, something we take as true about the world. Those beliefs will also shape my actions and reactions to situations around me. If I believe in the power of prayer, that belief is going to play itself out in the action of my praying. If I believe that an unborn baby is made in the image of God, then that will shape my political views on abortion. Your beliefs will always spill out into your actions and touch the people and institutions you come in contact with.

There's the issue, though. Because different people hold different views about the world, it should be no surprise that you will run into people who don't believe things that you hold as true and they believe things you hold as false.  Such contacts mean two people will desire different outcomes to a specific situation, each believing that his or her outcome is the correct one. Just like two cars that are traveling in opposite directions arrive at a one-lane bridge simultaneously, both cannot go on their merry way until the conflicting desires are resolved.

Because you, dear Christian, have reasons for your beliefs, and everyone will face beliefs that conflict with their own, it becomes crucial that you make sure you are better prepared to engage those conflicts. That requires you to learn to argue well. As I said at the top of this post, arguing doesn't mean yelling, fighting, or hurting someone's feelings. Arguing is simply discussing your beliefs with another person, but doing so by providing reason and evidence, or as Michael Palin defined it: "An argument is a connected series of statements intended to establish a proposition." It means we talk and support our belief with the reasons why we think that such a belief is true.

As I've been saying, this is exactly the way Jesus did it. The Gospel of Luke tells us that "The Child continued to grow and become strong, increasing in wisdom; and the grace of God was upon Him" (Luke 2:40). Jesus in his human nature grew in knowledge. He learned how to speak, and he learned the beliefs of his day. Jesus quoted the Scriptures – do you think he studied them? Do you think he worked at memorizing them? Do you think Jesus was a good student?  Did He study hard? He certainly seemed to know the beliefs of the Sadducees and the Pharisees as he put both to shame in Matthew 22.

I invite you to join me for the next few days as I lay out what well-structured arguments look like, and how you can make them. I also want to show what fallacies are, both to help you avoid them and to pick them out if your opponent should use them. Learn to argue more effectively; you will be following in the footsteps of Jesus.
Posted by Lenny Esposito at 2:09 PM
Labels: apologetics, argumentation, belief, faith, witnessing, worldview