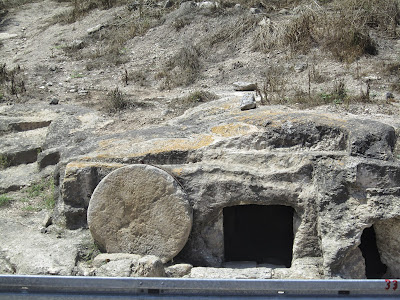 I've been doing apologetics for nearly 20 years now. In that time, I've had the opportunity to engage in conversation with many who either don't believe in Christianity or don't believe in God at all. There have been a lot of conversations where we've traded various proofs for our point of view, but I cannot point to one extended conversation where someone has asked me, "So tell me, why are you a Christian?"

I've talked before about why it is important to ask people why they believe as they do. It helps you to understand the important things that motivate the person to believe as the do. It also keeps you from constructing straw men, something that everyone should avoid. I stress this because not arguing against a straw man shows that one is really interested in the truth, not merely "winning" some kind of debate contest. But I do find it interesting that in all my engagements with atheists, I simply don't get asked this question.

There was a recent Twitter exchange where I posted a link to the testimony of Matt Walsh. An atheist responded to my tweet and asked, "so why did you end up deciding to believe in the particular deity you did?" Given the way he phrased the question, I had a suspicion that he wasn't truly interested in my story (and the ensuing conversation, which you can read here, proved my suspicions true). My answer was that Christianity was the only faith I've found to be both internally and externally coherent, meaning that it doesn't contradict itself within its own tenets and it matches our experiences with the outside world. So let me now share with you, dear reader, why I am a Christian.


Why I am a Christian - Christianity Meets Natural Expectations

The first reason why I am a Christian is because it is natural to assume that God exists. Children really don't require much teaching to believe in God. They look at the design in nature and they intuitively know that something doesn't come from nothing and design requires a designer. These are usually my first two arguments when I speak to someone about the existence of God, but they only require that level of sophistication when someone is denying either of those points. Because there is something rather than nothing and because the something that we see (creation) shows balance and design, it makes sense to conclude that a mind created it. God fits.

While one may try to argue that there are a lot of gods who create (most religions have some kind of creation story), the fact that the Christian God created the universe out of nothing as opposed to the elements of the universe already existing. The fanciful nature of those myths, such as the Hindu and Chinese creation stories where God springs from an egg to form the universe or the Greek and Babylonian accounts of the elements of creation actually being the ancient gods don't offer an explanation of where these elements came from. They also have a diminished view of deity, as their gods can come into being and cease to be. They simply don't make sense.

Another reason why I am a Christian is because I found that there really was a man named Jesus of Nazareth who really lived some 2,000 years ago. The historical evidence of Jesus' life and ministry is as strong as anything we could hope for from ancient sources. When one views the New Testament documents, it is clearly evident that those who wrote the New Testament lived in the time and place which they are describing. The Bible doesn't read as some far-off, third hand account. It reads like ancient history.  Jesus also had a great impact on not only his immediate followers but his teachings radically changed western society. The proof of Jesus' life is like the proof of a stone thrown into a pond: you may not see the stone, but you can look at the surface of the pond and see the stone's effect. You can know he was real.

Tomorrow, I will continue to offer my reasons as to why I am a Christian, but for now, I hope you'll consider these points. Any belief system needs to correspond to itself, that is it should be internally consistent, and it needs to clarify what we experience in life. I think Christianity does both.
Posted by Lenny Esposito at 11:43 AM
Labels: belief, Christianity, testimony, worldview