NOW and Abortion - A Study in Inconsistency 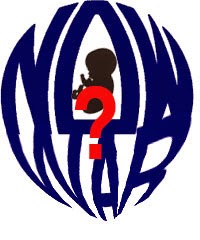 Last week, I had said that I hold to Christianity because it is both internally and externally coherent. Part of that internal coherency is the fact that it stays consistent in its values and teachings when they are applied to different situations. This is not always true of other movements, especially those who claim to take the moral high ground, but state that abortion is somehow permissible. Here are a couple of examples of how inconsistency looks.

A few years ago, when the war in Iraq and Afghanistan was making headlines daily, I came across a man protesting the U.S. involvement in a busy shopping area. Wanting to understand his position better, I approached him and began to ask him about his views. Unfortunately, he was more interested in shouting hyperbole than discussing the situation rationally. He wanted to make a big show of me so everyone would look, but he had no arguments, just accusations. (I also noticed that he got pretty mad, which I thought was ironic.)

Now, you don't have to be a scholar to understand how inconsistent it is to become violent while protesting for peace. But it seems more and more that people really don't think through their positions on matters, especially those dealing with the big questions of life. The recent debate over the war on Iraq is a good example of this.


An Issue of Life and Death

Although I don't think it proper in this space to debate the merits or flaws of the U.S. decision, I would like to look at some of the rhetoric voiced by certain organizations and see how truly coherent the Christian worldview is. No matter what side of the debate you were on - pro or con - it was evident that all understood we were dealing with life and death issues here. The National Organization for Women (NOW) recognized that as well when they wrote their open letter to President Bush objecting to the war. (Although the letter is no longer available on their site, you can read it via the Internet Archive's page here.) In that letter they make some interesting claims. For example, the letter states "Even more troubling are the costs in human lives and suffering that war will cause. Our women and men in the armed forces, though they understand the risks of enlisting, should not be put in harm's way unnecessarily."

NOW felt that U.S. soldiers' lives should be protected as much as possible, even to the extent that it would be acceptiable to leave cruel regimes such as the Taliban and Saddam Hussain's Baathists in power. Realize that the Taliban were no friends of women or women's rights. Their list of atrocities committed against women prior to the U.S. invasion is well documented. NOW says they understand the fact that soldiers are voluntarily enlisting into the armed forces and the normal expectation of enlistees should include the possibility of war. Yet they also feel we should err on the side of caution, because protecting life is of primary importance.


Not All Life and Death Issues are on the Battlefield

But, there is another life and death issue where many of these same choices come into play: abortion. How consistent is NOW's position in this instance? Not very. Protecting life isn't the primary concern for NOW in the abortion debate, a woman's choice is. Erring on the side of caution is not an option, even as medical science continues to allow babies to stay viable at earlier and earlier gestation.

The NOW letter continued, "Civilians in combat zones do not voluntarily take such risks... The killing and maiming of innocent people as well as the destruction of Iraq's physical and social infrastructure are inevitable in a massive pre-emptive military strike." The argument here is that some civilians (people who happen to live in Iraq but are not an immediate threat to the United States) will be hurt by the fighting and this is wrong, even to obtain a political objective such as overthrowing a despot and torturer such as Saddam. The political objectives are not worth the cost to life.

However, when looking at abortion, they don't feel the same way. NOW is very clear that a woman should maintain the right to eliminate the life inside of her no matter what the reason, and they'll do what ever it takes to achieve this political objective. Although the life inside a woman is an innocent, the baby's well being is not an issue. It has merely gotten in the way of the woman and her objectives in life, and because it intrudes, it should be killed.

Some may object to my argument, saying that we're talking about two different issues. After all, NOW doesn't consider a pre-born baby a human life, but rather "potential life". While it is true that NOW's rhetoric differentiates the unborn from individuals who are already born, their reasons for doing so are the point of my objection. As I've pointed out, NOW says they believe that where life and death is involved, we should err on the side of caution, yet they don't approach the question of when life begins this way. They say they believe political motivations should be of secondary importance to risking lives, yet political concerns play a chief role in why they won't consider any type of limitation on any abortion procedures. Lastly, even though certain individuals (such as the Afghan citizenry) may endure long term suffering at the hands of a ruthless regime, NOW says there must be more at stake before we risk innocent lives in trying to oust that regime. How unfortunate that NOW refuses to see the innocent lives of the unborn that are being sacrificed merely to avoid the inconvenience they may cause in a person's life.