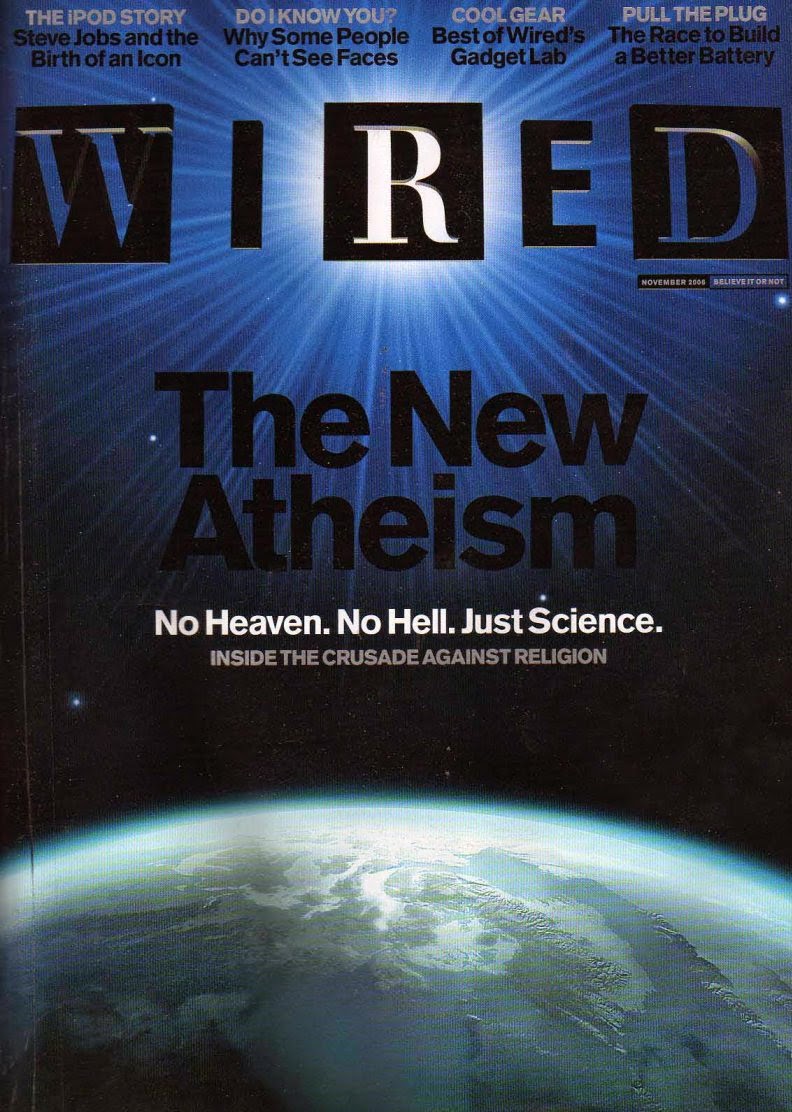 In the November 2006 issue of Wired magazine, Gary Wolf coined the term "New Atheist". In his article, "The Church of the New Believer" he defined the New Atheist as someone who will "not let us off the hook simply because we are not doctrinaire believers. They condemn not just belief in God but respect for belief in God."1, In other words, there is a movement today where atheists are engaged in an ideological war with people of faith, and they feel they are on the side of virtue.

Three primary proponents of this "war against faith" (Wolf's term) are highlighted in the article - zoologist and evolutionary theorist Richard Dawkins, End of Faith author Sam Harris, and philosophy professor Daniel Dennett. Although each seems to take a different tact in their approach to unseating the entrenched religious viewpoints of the masses, they all seem to argue that they advance their cause as a moral obligation.

The fact that Dawkins, Dennett and Harris all appeal to a moral framework in their belief system fascinates me, for by its nature, atheism has no objective standard by which to claim moral values. The article restates Dawkins position that bad ideas foisted on children are moral wrongs. But talking about things like moral rights and wrongs bring the question of good and evil into play and that requires a moral framework from which to judge things as being either "good" or "evil".2  One must have a basis to compare one's actions or ideas to classify them as falling into one category or the other .

This is one area where an atheistic worldview fails. Moral frameworks require a moral lawgiver who transcends humanity. In other words, moral laws require an all-good God who can tell us what's good and what isn't. Without God, then man is the ultimate arbitrator of what's good and what's not, which simply means that it's my opinion against yours. In fact, if evolution is true, if we really are here only due to a random series of natural processes, then saying we "shouldn't" do this or that is tantamount to saying a comet shouldn't have struck the earth and killed all the dinosaurs. So the primary premise of the New Atheists really rests on an assumption of God's existence while they try to deny that very existence! Every time they claim a moral reason for advancing their cause, they are trying to smuggle in a condition that could only exist if God does.

The contradictory nature of Dawkins and company doesn't stop with morality, though. Dawkins admits in the article that the main point of contention is a clash of worldviews - those who hold to naturalism versus supernaturalism. Naturalism is the belief that the only things that can be believed are those things that can be measured by science. We see this in the article as it says how some scientists who hold to a supernatural world view have "implicitly accepted science as the arbiter of what is real. This leaves the atheist with the upper hand… There's barely a field of modern research - cosmology, biology, archaeology, anthropology, psychology - in which competing religious explanations have survived unscathed."

First of all, the second statement is really question-begging. Only if one assumes that we must nullify supernatural explanations for natural ones does one arrive at these "corrosive arguments". But, beyond that, the concept of scientific naturalism collapses upon itself. You see, one must first start with the assumption that the only things we can really know are those things that can be verified scientifically. But that particular premise - that we can only know something if it is scientific -cannot itself be discovered by any type of science. It is a statement of fact that cannot be justified by its own criteria. Imagine if I said to you "Only statements in Latin are true facts." Since that statement is in English, it doesn't meet its own criteria - it refutes its very premise and must therefore be false. The same is true for the scientific naturalist.

Dennett believes that "neutral, scientifically informed education about every religion in the world should be mandatory in school." But again, science cannot test for God any more than it can test for love. They start with an assumption that supernaturalism cannot be true and then build a set of rules that by definition exclude supernatural causes from being considered evidence. However, the rules that they build do not themselves stem from scientific discovery, so they must be false.


Having Faith in Non-Faith

The fact that Dawkins, Harris, and Dennett hold to these rules is one example of how these "freethinkers" really are nothing of the sort, merely adherents to another form of faith. The article points to research by anthropologists that we humans are naturally wired for faith and atheism, when examined carefully, is simply one type of belief system with its dogmas and orthodoxy. The language throughout the article cannot escape this. We see Harris talking about a kind of "religion of reason" with a Sabbath and prayer. Dennett says that no rational creature would be able to do without unexamined, sacred things. Dawkins invokes morality in his position. But to build a religion on non-religion is also contradictory. And by the end of the article, the author begins to note this himself.

Wolf writes that "Dawkins' tense rhetoric of moral choice, Harris' vision of the apocalypse, their contempt for liberals, the invocation of slavery - this is not the language of intellectual debate but of prophecy." He then goes on to conclude that, while he is an agnostic, he couldn't be one of the New Atheists. "The irony of the New Atheism, this prophetic attack on prophecy, this extremism in opposition to extremism - is too much for me." Wolf claims that his desire to not be dogmatic about his nonbelief is reasonable. "It simply reflects our deepest democratic values. Or, you might say, our bedrock faith: the faith that no matter how confident we are in our beliefs, there's always a chance we could be wrong." 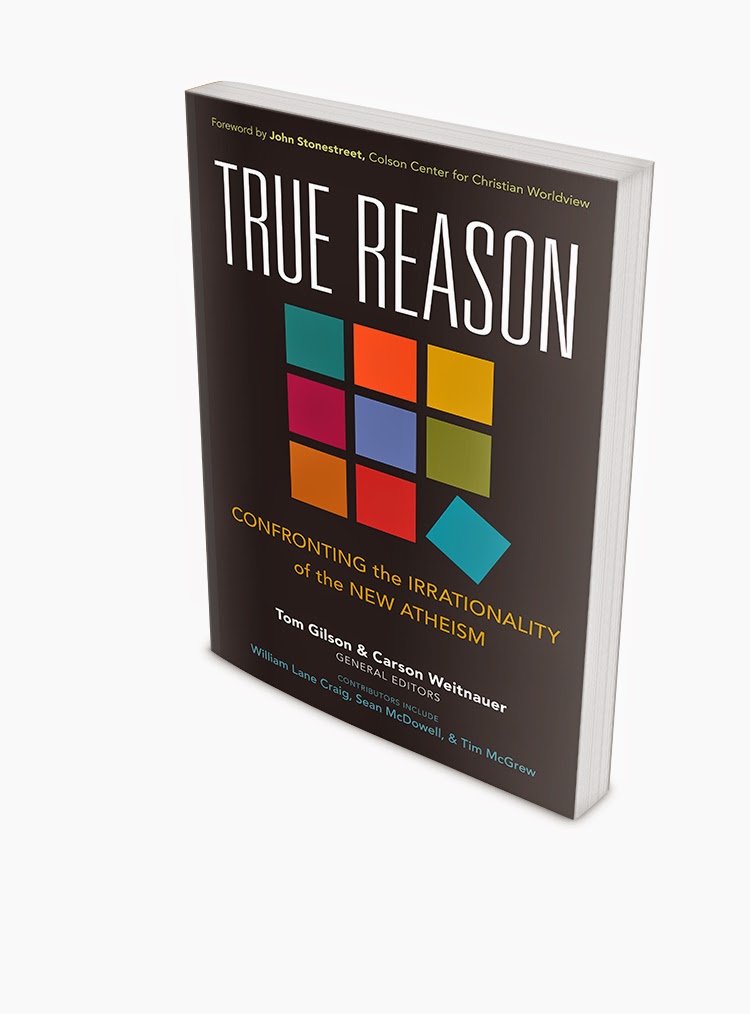 My question to Wolf would be from where do the values of democracy come? This is certainly not the way evolution works, claiming survival of the fittest and let all the others go extinct. Indeed, as the New Atheists become more and more vocal in their opposition to faith in general and Christian faith in particular, they cannot help but draw upon the tenets of faith in order to make their points. And that, as rational beings should see, is telling evidence that they are wrong.

Recently, I've contributed to a book that focuses on the New Atheism movement and the problems inherent there. Entitled True Reason: Confronting the Irrationality of the New Atheists, it holds contributions from prominent apologists including William Lane Craig, Sean McDowell, and Tim McGrew on why the New Atheism fails. Now, you may receive your copy as free thank you gift for supporting our efforts at Come Reason. Just click here for details.

1. "Church of the Non-Believers"  Wired Magazine, November 2006.  See http://www.wired.com/wired/archive/14.11/atheism.html for the full article.

2. There is, of course a third option, that the thing in question is neither good nor bad but morally neutral. Given the purposes of our discussion, though, the categories above will suffice to make my point.