Why the Law of Gravity Cannot Create the Universe

Stephen Hawking is a very smart man. I think that statement is uncontroversial. Hawking is recognized as a brilliant mathematician and theoretical physicist, and the former Lucasian Professor of Mathematics at Cambridge, a position he held for thirty years. That was the same position Isaac Newton held when his writings were changing the face of science and mathematics simultaneously. Some have even called Hawking one of the smartest men alive. So when in his recent book The Grand Design, Hawking and co-writer Leonard Mlodinow seek to answer what they term "the Ultimate Question of Life, the Universe, and Everything" people take notice. 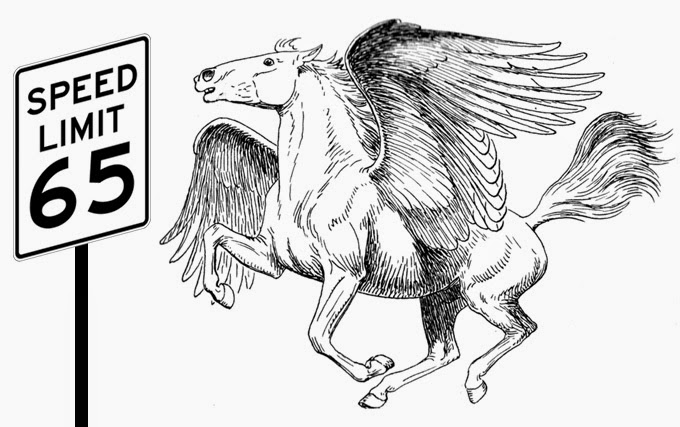 But because someone is brilliant, especially in their field of study, it doesn't always make them right. One of those ultimate questions (they really list three) is "Why is there something rather than nothing?"1 Hawking and Mlodinow's answer is simply, "Because there is a law like gravity, the universe can and will create itself from nothing"2. They rely on the simple actions of gravity at a quantum level to balance the positive and negative energy of the universe and to create matter, time, and space.

I've written on some of the issues with quantum vacuums before, but there's a fundamental problem with this scenario, that may be easy to grasp. One cannot rely on a law to do anything by itself. The law of gravity cannot be the starting point because laws don't exist if there is nothing upon which the law governs. For a familiar comparison, let's look at traffic laws such as the speed limit.

Everyone who drives is familiar with a speed limit. The speed limit is a law set by a governing body in order to control the flow of traffic and keep the drivers safe in their vehicles. Some areas such as Germany's autobahn have no speed limit. But for a speed limit to mean anything, you have to have at least two other things: a vehicle and a road. If no road exists and there are no vehicles yet invented, limiting someone's driving to 65 miles per hour is not only foolish, it doesn't mean anything. How can you limit driving when no vehicles exist? And if there's no road to drive on, then there's no way to begin forward motion.

Imagine if you will creating laws as to how high and how fast the winged horse Pegasus can fly and you might see the problem. While your laws can be very specific and detailed, it doesn't matter because there is no wined horse for those laws to govern.

In The Grand Design, the authors use John Conway's Game of Life as their example of how a simple set of laws can lead to new patterns that weren't originally anticipated3. Hawking and Mlodinow extrapolates this into how all matter interacts and says we are the result of the same kind of new, surprising patterns. But the same problem applies. Conway's rules are just fine, but if there is no grid of squares and there are no lights to "live" or "die" as his rules define, then the game never gets off the ground. There's nothing to blink, so no new shapes appear. Of course, beyond even these problems, there's still one additional question that hasn't been answered. We know that Conway wrote the rules to his Game of Life, but who wrote the Law of Gravity?

It is unfortunate for the authors of The Grand Design that in their zeal to dismiss God from the creative process they assume that the Law of Gravity can answer all their problems. The question "why is there something rather than nothing" cannot be answered with gravity because gravity is a something. It's actually part of the question. Gravity and those objects that gravity affects are part of the something that needs explaining.  Postulating gravity before the creation of anything else is simply trying to place a speed limit on a flying horse. The outcome produces no effect at all.