For Today's Youth, Life is Theater

This Sunday, I got into a discussion with a high school senior about the prom. She had a steady boyfriend and she knew they would be attending prom together, but she had grown anxious about him not formally asking her. Why would a formal invitation cause so much anxiety? They both knew they were going and they both knew they were going with each other. But for today's youth, being asked to prom is not what it used to be. 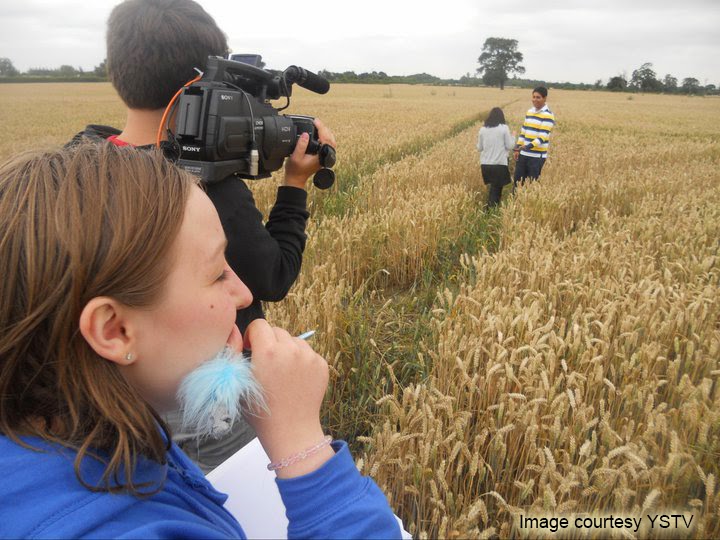 Kids today expect "promposals." If you're not familiar with the term, the promposal is a rather overt and showy way one would ask another to the prom and kids are using tactics that had previously been reserved for significant life-marking events such as engagement proposals. There are many examples. Fox News out of Boston just reported a teen enlisted the help of the local police to pull over his girlfriend so he could ask her to prom. One boy inflated 1500 balloons in his high school hallway and set up a 30' long sign reading "Will you go to prom with me?" and then carried his girlfriend blindfolded on his back to the location for the reveal, complete with a bouquet of roses. I would imagine that it took more hours to plan and execute the invitation than the dance lasted.

Why would kids today make such a fuss over something like a prom invitation? One reason is that it's become expected. The Washington Times reports the phenomenon of promposals really caught on because of two factors: the teen "reality" show Laguna Beach ran an episode highlighting some cast member making promposals and the advent of YouTube which allows kids to video tape their own promposals and get a bit of fame from them. The Times writes that "There are currently more than 40,000 videos tagged ‘promposal' and an additional 900,000 tagged ‘prom proposal' or ‘ask cute.'"

When talking with high schoolers, such as the girl above, a promposal of some sort is now expected. Junior Maggie Gitschier, who was interviewed by USA Today, expressed the sentiment. "Just a simple text asking to prom is not enough," she said. "Girls wait for this forever, so these guys need to keep up the good work and make sure it's cute." In the conversation I had, the girl had said that such acts "Make you feel special." She ended up making a sign to hang inside the pool at his swim meet and asked him rather than risking not having a promposal at all.


The Show's the Thing

The expectation of a promposal concerns me. Our culture has been accused of superficiality, but young people today are growing up in a world where they believe the media really is the message. They hold the production in high regard, but they lose perspective on the weight of the actual event. Kids are investing time, thought, and effort into asking someone to a dance, but acts that will have lifelong effects, such as intercourse after the dance are not given a second thought. According to the CDC, nearly 50% of high-schoolers reported to have previously had sexual intercourse.

I see the pervasiveness of the promposal another warning sign to say that even Christian kids can be more influenced by worldly values than we know. As Christian parents, we need to begin to ask our kids just how important a dance invitation really is. Are they giving it an appropriate level of attention? Are boys being pressured to make such a big display that their actions may be misinterpreted by their prospective dates? While kids like Maggie may think that being asked to the prom is something for which they've "waited forever," missing a high school dance won't change one's life all that much.

What do you think? Are promposals merely the latest youthful act of immaturity and nothing to worry about or are they more serious? I would like to think that we should be trying to teach our kids that big gestures match the big moments of life. Having a popular YouTube video isn't where we should place our emphasis. Developing authentic relationships with God and others should be. What message does a promposal really communicate and what are one's motives for so doing? I'd love to hear your views.
Posted by Lenny Esposito at 12:16 PM
Labels: Christian living, culture, social media, society, youth