The Virtue of God's Hiddenness

One of the questions that I often get asks is "If God doesn't want people to go to hell, then why doesn't he make himself more known?" Previously, one way I've answered this is to point out that even if God were to do a miracle in front of someone, it doesn't guarantee that the person would place their trust in him.

However, I want to raise another possibility as to why God doesn't make Himself more obvious: God values trust. Jesus emphasized God's desire for trust in his dealings with Thomas. Remember, the disciples had seen the risen Christ on that first Easter evening, but Thomas wasn't present. John then records that Thomas wanted more proof than the testimony the others offered, stating "Unless I see in his hands the mark of the nails, and place my finger into the mark of the nails, and place my hand into his side, I will never believe" (John 20:25, ESV). Jesus appears to Thomas a week later and says, "Have you believed because you have seen me? Blessed are those who have not seen and yet have believed" (John 20:29, ESV). 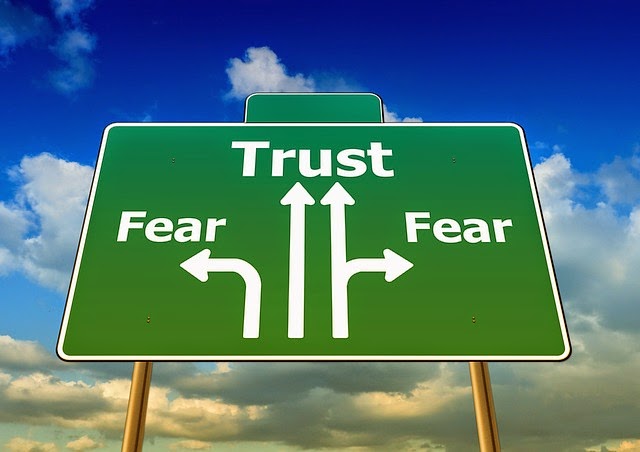 Before we go too far, it's important to note that Jesus wasn't telling Thomas to believe with no evidence. Thomas had walked with Jesus for three years and had seen many miracles, including the raising of the Jairus' daughter and more recently Lazarus. The Gospels tell us that he also spoke plainly about his death and resurrection (Matt 16:21, Matt 17:22, Mark 9:9, John 2:18-21, John 11:25). Jesus was not asking of a blind faith, but one built upon the time and evidence he had already provided.

Similarly, instead of proving himself to us at every turn, God desires that we trust him by looking at the ways he has already revealed himself to us. I can think of at least three reasons why God would want to look for us to trust Him.


1. Trust allows us to develop an honest relationship with God

Trust is the key to faith. Imagine a man who marries an attractive woman, one who seems to be hit upon by almost every man she meets. Now imagine that right after marriage, he continually tracks her whereabouts via her cell phone's GPS, he places hidden cameras in her car and in the home, and makes her prove that she hasn't had an affair. What kind of relationship would they have?  Does such a man truly love this woman, or does he simply want to control her?

In order for love to be real, one must have some trust in the beloved. God wants to cultivate the virtue of trust in us. It would be as inappropriate for us, as children of God, to demand proof of God's actions as it would be a young child demanding proof that her parents are not torturing her because of their demand to have her eat her vegetables or to not cross the street alone. Trust must be practiced to become mature, and trusting God helps us develop that virtue.


2. Trust allows us to survive the dark times

Another benefit of developing the virtue of trust is that it can carry us through the darker times of our lives. We live in a fallen world where each of us will face difficulties. Struggles, sickness, and death are all part of the human condition. However, for the person who trusts God and his word, they can have the confidence that such difficulties are able to be overcome. A believer can more bravely face his trials knowing that God is sovereign over them and that "the sufferings of this present time are not worth comparing with the glory that is to be revealed to us" (Rom 8:18). Without trust, one is faced with desperation and despair. Dark times test the trust one has in God and can steel their hearts to trust him.


3. Trust allows us to be more effective in our walk with God

God also wishes us to learn to trust him because such trust allows us to be effective Christians in the world. As a hockey fan, I know that a team needs trust to succeed. The forwards must trust their defense in order to be aggressive enough to rush the net. The defense, in order to block the player coming down the center, must trust their goalie to stop the outside shots. Everyone on the team has to trust their training and coaching to execute plays properly.


4. Trust allows us to be blessed by God's faithfulness

One final point: only those who trust God have the blessing of seeing their trust rewarded. When God answers prayer, delivers one from a trial, or provides success in ministry, the one who trusted him can look back and glorify the God who keeps his promises. The blessing of seeing God work to the good of his people is impossible for someone who would never trust that God would make good on his word.
Posted by Lenny Esposito at 12:39 PM
Labels: Christian living, existence of God, faith, hiddeness of god, proof