Thanksgiving Binds Us to the Past and the Future

Thanksgiving is an important holiday, one that properly reflects our dependence upon God's grace and acknowledgement of his provision in our lives. But who is responsible for an entire nation recognizing their need to offer thanks to their creator?

Thanksgiving proclamations have a long history in American government. While Abraham Lincoln established an annual recognition of thanksgiving in 1863, the practice goes back much further. George Washington offered the first official proclamation as President of the United States in 1789. But even before our Constitution was written, the United States Continental Congress recognized their need to offer thanks to the Almighty. 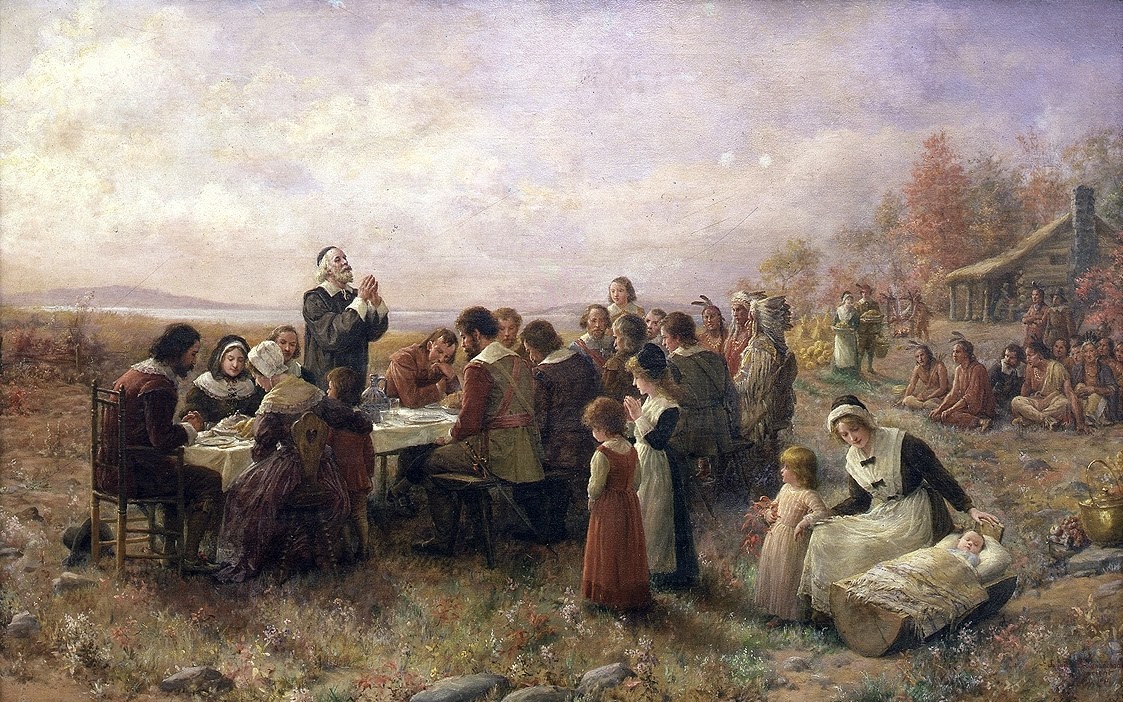 Of course, Thanksgiving is rooted in the tough winter the Puritan settlers experienced after landing on Plymouth Rock in 1620. But, the exploits of the Puritans were not nearly as ingrained in the psyche of the young nation as they are now. It took a stirring speech by the famous Daniel Webster to do so. Webster was asked to speak at Plymouth Rock on December 2, 1820, to mark the 200 year anniversary of the landing of the Mayflower in the new land. It was Webster's speech that painted such a vivid portrayal of the sufferings and difficulties they faced, that Americans took the story as symbolic of the resolve the country itself bore. Here's how Webster began:


Let us rejoice that we behold this day. Let us be thankful that we have lived to see the bright and happy breaking of the auspicious morn, which commences the third century of the history of New England. Auspicious, indeed, — bringing a happiness beyond the common allotment of Providence to men, — full of present joy, and gilding with bright beams the prospect of futurity, is the dawn that awakens us to the commemoration of the landing of the Pilgrims. Living at an epoch which naturally marks the progress of the history of our native land, we have come hither to celebrate the great event with which that history commenced. Forever honored be this, the place of our fathers' refuge! Forever remembered the day which saw them, weary and distressed, broken in everything but spirit, poor in all but faith and courage, at last secure from the dangers of wintry seas, and impressing this shore with the first footsteps of civilized man!1

The entire speech is contained in the book The Great Speeches and Orations of Daniel Webster which is available as a free download here. Webster felt that the Pilgrims' attitude toward God was not only proper, but it cemented the citizens of the US to those stalwart pioneers. In the same speech, he said "neither is it false or vain to consider ourselves as interested and connected with our whole race, through all time; allied to our ancestors; allied to our posterity… , binding together the past, the present, and the future, and terminating at last, with the consummation of all things earthly, at the throne of God."2

I like Webster's concept that recognizing our God in a day of national Thanksgiving ties us not only to our American heritage, but to our progeny who will follow after us long after we've passed on. It is all the more reason to give thanks on this special day.

1. Webster, Daniel, and Edwin Percy Whipple. "First Settlement of New England." The Great Speeches and Orations of Daniel Webster, with an Essay on Daniel Webster as a Master of English Style. Boston: Little, Brown, 1879. 25. Print.