Tips for Sharing Your Faith: #2 – Listen to People

One of the things that irritates me more and more these days is the push for "suggestive selling" at fast food restaurants. Whenever I pull up to a drive-thru, I've usually looked at the menu and I know what I want to order. But when the attendant comes on the speaker she or she first pummels me with asking if I'd enjoy whatever their new special item is. This causes me to regroup for a second and recall my original order. Sometimes even as I'm ordering, they ask "what size would you like" or "would you like to add a XXX for only $1.49?" They will talk right over me when I'm in the middle of an order! I've even had attendants miss my drink order because they were too busy following their script. 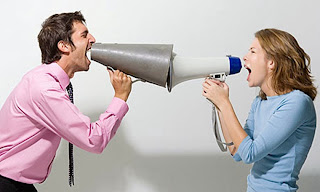 I understand that fast food chains want to introduce new options that I may not be aware of, and I understand that some cash registers require the options to be noted in a certain order, but talking over customers while they are trying to order is still terrible customer service. Customers can choose many different restaurants; they're the ones with the money and they should feel like the cashier cares enough to get their order right before offering any add-ons.

The same is true when sharing your faith. Yesterday, I began a series of tips to help Christians better share and defend their faith. I said in that article that asking questions is crucial to being an effective ambassador for Christ. When I was first starting out in apologetics, I know that one of my bad habits was to talk with people and as they brought up a certain point, I would try to muster my responses while they were still talking. I was looking at apologetics like a tennis match: if he drops back, I'll rush the net, if he moves to the left, I'll aim for the right.

But this is exactly the wrong way to go about having a conversation! You aren't conversing with another person when you are strategizing instead of listening. Just like the over-zealous cashier in the example above, then you starts planning your responses while the other person is still speaking, your mind isn't focused on what they're saying and you aren't really hearing them. For someone who isn't just trying to fight but really wants answers, this is off-putting and rude. They may not wish to talk about these things with you a second time if they think all you're interested is talking about your position regardless of what they say.

This is why I encourage you to use the "Second Grade Class Photo" approach. Do you remember those awkward class photos that your entire class used to take in elementary school? You know, the ones with the rows of children and the teachers standing on either side. When the school photos were developed and passed back to the students, what's the very first thing you did? You looked for yourself in that picture! That's human nature; we care about how we look or how we are perceived. 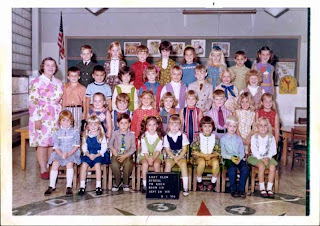 When engaging other in conversation, you can use that knowledge to help make sure the other person feels heard and knows you're listening. As I said last time, start by simply asking a lot of questions. I always ask "tell me, why did you come to believe this position?" That's a key question and can take your conversation in a completely different direction. As you ask more questions, you may begin to see that they hold contradictory positions on certain things. This is where tactics like the Columbo tactic can be handy.


Repeat their argument back to them

The Class Photo technique accomplishes a few things. First, it makes the person you're talking with feel important. I've always been told I'm a great conversationalist when the topic is about that person. Secondly, it informs you of their beliefs.  But just as importantly, it makes sure you aren't mischaracterizing their position. We should never offer straw men of someone else's position. The best way to guard against that is to listen and ask if you've understood them correctly. You should be able to repeat the argument back to that person and have them say "Yes, that's what I mean."

Lastly, you should be looking for the main idea or concept that drives their belief. There is usually one real issue underlying a specific position. It could be their not wanting to answer to a god, a woman who is saddled with guilt over her abortion, or simply that they don't understand the historic Christian position. Whatever it is, ask questions like "and why do you hold that view" or "Do you think this is one of the more important reasons you believe in X? If not, what would you say is an important reason?" Many times the issue isn't intellectual but emotional, and finding that out will make for a very different conversation. So, let's learn to listen.

To see all the posts in this series, click here.
Posted by Lenny Esposito at 12:07 PM
Labels: apologetics, beliefs, Tips for Sharing Your Faith, witnessing