The Difference Between God Being Understandable and Illogical

I recently received a question from a Ethan, who had read my article answering the question "Who Created God?" Ethan wasn't satisfied with my answer that God is a being who is eternal; he has no beginning. He wrote:

What Ethan failed to understand is that there's a difference between something being fully understandable, such as an eternally existing being, and something being logically incoherent, such as something coming from nothing. There are a lot of things we don't fully understand yet we accept as true. For example, there are certain properties of quantum mechanics that just don't seem to make sense to us, but when we use the calculations based on those principles, they produces very accurate results. Because we don't know all there is to know about quantum laws, it is understandable that we would find things mysterious, yet we trust the results because they are reliable. 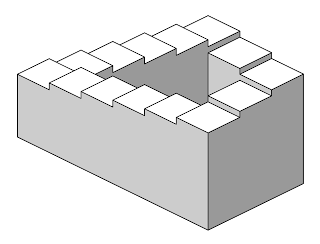 The second class of ideas, those that are logically incoherent, are completely different. These are things that are not simply misunderstood, but impossible to ever achieve because they violate the laws of logic. For example, if I were to ask if the number two smells worse than the number four, you would immediately tell me that such a question is preposterous. Numbers are abstract object, they aren't physical and scent is a physical characteristic. To try to compare physical characteristics of non-physical entities is simply silly. It cannot work. This is known as a category error in logic.

Similarly, to say a something came from a nothing is to endow the nothingness with the power of creation. But, just like the numbers issue, you have a problem. Nothing by definition has zero properties. IT cannot create because it doesn't have the property of creative ability. Nothing simply means "no thing". That's why the idea of "out of nothing nothing comes" has been recognized as true as long as it has.

Since we as human beings have always existed inside time and we all have a beginning, the idea of an eternal being is definitely a hard one to wrap one's mind around. But an eternal being isn't any more incoherent than the numbers two and four being eternally even. There we never a time where two or four could ever be considered indivisible by two. God's eternal existence isn't a contradiction, it simply is a bigger idea than we can fully comprehend.

One last point. Since we know that something cannot come from nothing, and the universe is a something that indeed have a beginning, then that should tell you at the very minimum there has to be something else out there and that something needs to be eternal. Whatever begins to exist must have some type of cause for its existence. So, if an eternally exiting thing is impossible, then the universe itself can not have existed from eternity past. Therefore, Ethan is now faced with a real dilemma: where did the universe come from?
Posted by Lenny Esposito at 12:14 PM
Labels: creation, existence of God, logic, universe