What Christianity Has Always Done

Why would a 33 year old man travel thousands of miles from his home to an isolated country, just so he could provide relief and medical care for those with an incurable disease? Why would this man risk such close proximity to those that basically carry a death sentence? How does he feel when he discovers he is infected with it himself? The man has told us. He said, "I am very satisfied and very happy." 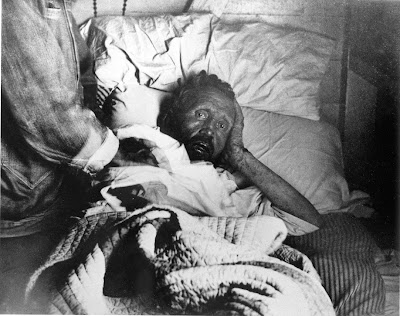 Currently, the world is closely watching reports on Dr. Kent Brantly who, after studying for years in college, medical school and four years of residency, took a position with the Christian missionary organization Samaritan's Purse to provide medical services for the poor people of the African nation of Liberia. Brantly began is missionary efforts last year and when the deadly Ebola outbreak occurred there he chose to stay and provide treatment and comfort to those in need. Last week it was reported that the doctor had contracted the disease, which has no known cure and proves a 90% fatality rate.1

But Brantly isn't the man I'm speaking of.  I want to tell you the story of Joseph De Veuster, better known as Father Damien. Like Brantly, Father Damien left his comfortable home at the age of 33. Instead of Africa, he was sent to the Hawaiian Island of Molokai, where a quarantined camp for lepers (now defined as Hansen's disease) was located. Because of its isolation, victims of the disease where simply shipped there to die.  According to one web site, "The area was void of all amenities. No buildings, shelters nor potable water were available. The first arrivals dwelled in rock enclosures, caves, and in the most rudimentary shacks, built of sticks and dried leaves."2

Father Damien changed that. He felt called to share the saving message of Jesus Christ with the lepers, but he also put his faith into practice. An 1889 New York Times article states that Father Damien had "always expected that he should sooner or later become a leper… it was not likely that he would escape, as he was constantly living in a polluted atmosphere, dressing the sufferers' sores, washing their bodies, visiting their deathbeds, and even digging their graves."3

Father Damien even had the opportunity to leave the island, when his superiors wrote that he may leave "as your devotion dictates." It is said that when Damien received the letter "he was overjoyed; he had permission to stay where he was and where he longed with all his heart to be with the people he loved."4

Even though Father Damien died in 1889, people like Kent Brantly continue in the same spirit and with the same motivation. Brantly is following in a long line of individuals who've put others above self in order to obey the command of Jesus. This is what Christianity has always done. Sometimes, it means risking one's health to serve others. Sometimes it means taking an unpopular stand. But recognizing that all people are made in the image of God and therefore have dignity and worth, and should be treated that way, is fundamental to the Christian faith.

Books that disparage religion such as "God is Not Great: How Religion Poisons Everything" don't talk about the Father Damiens or the Kent Brantlys of the world.  But the evangelization efforts of Christianity cannot be separated from its efforts to alleviate suffering; both are simply people taking the commands of their Lord seriously. I don't believe that religion poisoned those banished to Molokai, nor did it increase the suffering of those Ebola patients. In fact, it proved to do just the opposite.