Investigating the Truth of the Gospel Eyewitnesses

Yesterday, I was able to talk with a room full of middle-schoolers at Magnolia Church who were investigating the claims of Jesus' death and resurrection. Their mission was to critically examine the gospel accounts and see what evidence they could find to determine the truth value of the accounts. 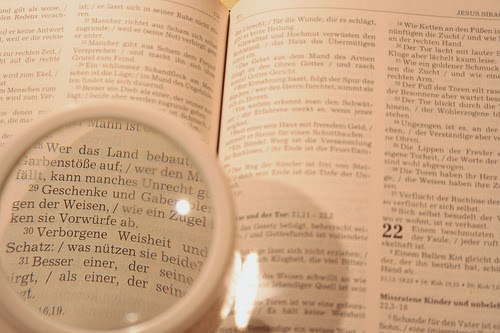 As any good investigator would, one should start an investigation into the truth with the earliest eyewitness accounts. The gospel of Mark is held by most scholars as the first of the four to be written, probably between the mid to late 50's, then Matthew and Luke were composed in the 60's, with John written last in the 90's1. So, while John was written some 50-60 years after Jesus' crucifixion, Mark closes that gap by 40 years, being composed within a couple of decades after Jesus' death. While skeptics try to make a big deal out of the gospels being written decades after the events, this is actually a boon for those who study ancient history. But many cultures who even today rely on the spoken word rather than the written word would never see this as a problem, as several scholars state.


An Insult Offers an Insight

One of the primary objections to the Gospel accounts is that the passion story was made up after the fact in order to launch the newly-formed Christian religion. Joe L. Watts, for example, believes that the Gospel writers "'creatively' expanded the original story of Jesus to speak to their current social problems."2 However, as good investigators there are ways we can study the text to see if there are any clues that lead us to such a conclusion.

One such clue is found in the taunts that Mark said were thrown at Jesus while He hung on the cross. In Mark 15:27-32 we read:

And with him they crucified two robbers, one on his right and one on his left. And those who passed by derided him, wagging their heads and saying, "Aha! You who would destroy the temple and rebuild it in three days, save yourself, and come down from the cross!" So also the chief priests with the scribes mocked him to one another, saying, "He saved others; he cannot save himself. Let the Christ, the King of Israel, come down now from the cross that we may see and believe." Those who were crucified with him also reviled him.

Here, we have a supposed eyewitness account of the events around Jesus' crucifixion.  The mocking particularly is significant. While John's account doesn't mention it, both Matthew and Luke record the mocking of the chief priests and scribes. But only Mark's gospel includes that passersby said a very specific thing to him: "Aha! You who would destroy the temple and rebuild it in three days, save yourself, and come down from the cross!" Why is that significant? It is simply because nowhere in the gospel of Mark does Jesus ever claim that he would destroy the temple and rebuild it. That story isn't found until John's gospel is written some forty years later!

If Mark wasn't reporting eyewitness testimony, if he was inventing or expanding the story of Jesus' crucifixion, then why would he include this taunt, but provide no explanation for it and no back story? Someone creating a fictional account wouldn't make such a boast come out of the mouth of Jesus, because by itself it looks as if Jesus failed at that claim. The temple wasn't destroyed at all. Only some 60 years later, in John chapter 2 do we understand what Jesus meant by his prediction. "But he was speaking about the temple of his body. When therefore he was raised from the dead, his disciples remembered that he had said this, and they believed the Scripture and the word that Jesus had spoken." So, John makes it clear that the prediction Jesus offered was referencing His resurrection, not the destruction of the actual temple. But how would Mark know this when John hadn't been written yet?

Some may claim that john added the passage in chapter two to help the story along. But if John were trying to solidify the crucifixion narrative of Mark, how come he leaves out the insults at the cross completely? If his goal was to buttress Mark's account, then one would assume he would include the insults in the crucifixion. But John leaves them out. Both gospel account rely on one another in order for the picture to become clear.

Police investigators are very familiar with this kind of interlocking testimony from eyewitnesses. Jim Wallace, a cold-case detective was trained in a method called "forensic statement analysis" the purpose of which is to "determine truthfulness or deception on the part of the person making the statement."3 The fact that Mark provides a trivial bit of information that fits nowhere else in his account and John provides additional information but leaves out the climax in his account argues that both accounts are eyewitness testimony and not fable, fiction, or fraud. Here's just clue that the crucifixion and resurrection happened as the gospels say it did. There are many other pieces of interlocking testimony throughout all four gospels, but this example should suffice to get our investigation pointing in the right direction.

For more on this, please check out our featured resource available this month: "Hidden Ways the Gospels Prove Reliable."