When an Atheist Says it's OK to Rape Her Sister

I couldn't believe my ears. Did she really just say that? I was standing in front of a young woman and her sister on the University of California, Berkeley campus. A friend and I had engaged her in a conversation about objective morality and here she was saying it wasn't even objectively wrong if a person wanted to rape her sister—and she was saying this right in front of her! 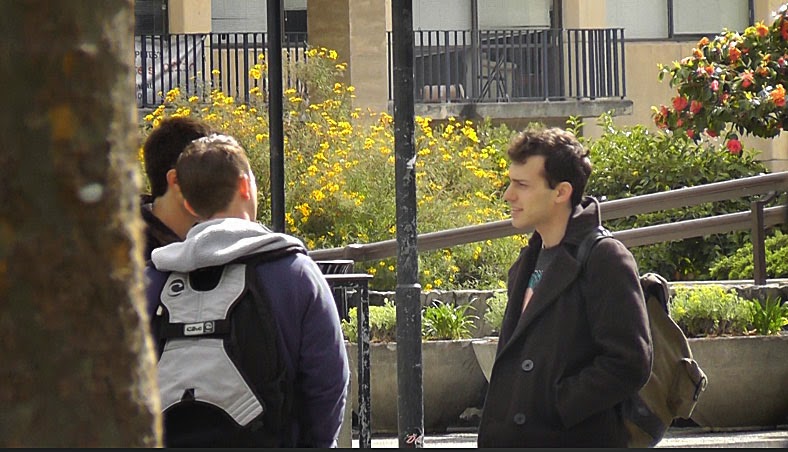 Let me give you the whole story. As part of our apologetics missions trips, we go to places like the Berkeley campus, engage people in conversation, and share Christianity. If Christian students learn how to defend their beliefs in a place like this, they will have no problem doing so in their own colleges.

On this trip, I saw a young woman holding a campaign sign for her friend who was running for student council, and I struck up a conversation. We began with simple questions such as "Do you believe in absolute right and wrong?" She replied that right and wrong are relative to the individual. I asked, "But you're campaigning for your friend. By campaigning, you are implying that he would do a better job representing students than the other candidates. Doesn't that imply a concept of right and wrong?" She quickly deferred, stating that the reason she was helping him is simply because he had helped her in the past. He asked her to help, and so she is doing so. There's no admission of an objective right or wrong in this.

I pressed on, "What about absolute morality? Are there not certain things that are always wrong?"

"No," she said. "I hold to certain values because of my culture and what works for her, but there is no absolute standard for all people."

"So stealing isn't wrong? If something of yours I stolen, you wouldn't think the person is wrong that did it?"

"It's wrong for me to steal, but another person may need to."

I'm familiar with such dodges. It's easy to try and justify certain circumstances where a crime like stealing can be used to wiggle out of an uncomfortable situation. Therefore, I pushed for a more black and white example. "What about something like rape? Isn't that always wrong? If a man came up to your sister and grabbed here, and he fully believed that he had the right to take her. He felt convinced that he should be able to force sex upon her, wouldn't it still be wrong for that man to rape your sister? You wouldn't try to stop him?"

She simply replied "Well, I guess if he truly believed he had the right, then it wouldn't be wrong for him."

As you can imagine, her sister wasn't very comfortable at that response, yet she stayed silent through the exchange. Here's the point, though. This girl was intelligent. She had been indoctrinated with a relativist view of morality and she didn't want to abandon her views. As I've written in the past, it is really hard to change a belief. In our discussion, she was not willing to give up on her relativism no matter what I said. Even in the rape example, she had to admit that rape can be OK if she was going to save face. I've had similar experiences with other topics, such as people trying to justify homosexuality even when their position leads to incongruities like the permissibility of incest or bestiality.

Sometimes, Christians who wind up in a discussion that takes such a turn throw up their hands in frustration. They simply don't know what to do next! How do you argue with that?

Here's my solution: call their bluff. A lot of people see these kinds of talks like a chess match. You make a move and they counter with a move of their own. The woman above was trying to remain consistent, but she was doing so because to her the entire conversation was in the abstract. The best thing to do is to break that mindset and bring it back to reality.

Upon her reply, I looked her straight in the eye and said, "You're lying. There's no way that if a man was really attacking your sister you would excuse it. You'd be screaming your head off calling for police or anyone to come and help because you really believe that rape is wrong. While you have an intellectual argument for the opposite, in real life you would never let that happen. There are people who truly believe that what's right is whatever is right for them. We call the sociopaths and we lock them up because they are a danger to society. Right now, in our discussion, you're simply trying to win the argument, but you're doing so at a tremendous cost to the truth. I am truly scared if you really believe that something like rape has any permissible circumstances."

At all times I kept the conversation civil and never yelled or pointed a finger. I did make my final statement with some level of authority. She didn't agree with me, though. She maintained that this is what she believed so I thanked her for her time and walked on.

You may believe such interactions are wasted, but they are not. That woman will continue to think about that conversation and what she said. (Her sister probably wanted to have a conversation with her, too!) But God can use small things like this to provoke people to reexamine their position. Changing beliefs takes time and one must have patience even when the other person's position shows a contradiction.As you go to defend your faith with others, don't let silly statement get a pass. The statement that rape can sometimes be OK is an outrageous statement to make. Imagine any newspaper or politician announcing such a thing. Outrageous statements need to be met with an appropriate amount of incredulity. Be courteous and respectful, but don't accept them in these conversations any more than you would anywhere else. Ideas have consequences; don't allow for their abuse.
Posted by Lenny Esposito at 12:00 PM
Labels: apologetics, argumentation, beliefs, moral relativism, morality, witnessing