The Atrocity Against Christians in Iraq 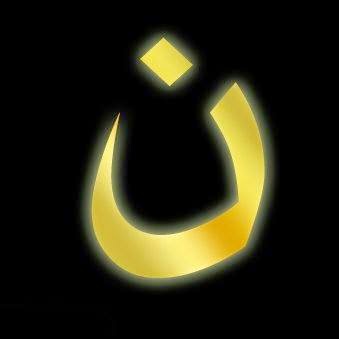 There are only two books in the Bible that end in a question. The first is the book of Jonah, which tells the story of God going to remarkable lengths to share the message of redemption with a seemingly irredeemable people. Because the prophet Jonah was Jewish, he rebels against God's command to preach repentance to the Ninevites who were ruthlessly cruel and would inflict that cruelty upon the Northern Kingdom of Israel some years later. Jonah wants to see the Assyrian capital judged by the Almighty. However, God knew that if the right person delivered His message those people would be saved.

Today, the city that occupies Nineveh's location is named Mosul. Mosul is famous for its long history of Christianity, which goes back to within a 100 years of Jesus' death1. Both the Catholic and the Orthodox faiths have early roots there and the city was the capital of Nestorianism since the sixth century. Christians are a significant part of the historic fabric of the city.

But all that has changed. With the recent takeover of the city by the Islamic State in Iraq and Syria (ISIS), a militant Jihadist group, Christians have been targeted. ISIS has purged the city of Christians, forcing them to either convert to Islam, agree to second-class status, or die. ISIS terrorists, echoing the Gestapo's branding of Jewish houses with a Star of David, were marking every door identified as Christian with the Arabic letter N for followers of the Nazarene, Jesus. Ironically, Nazareth is also the area where the prophet Jonah was from.

The UK Telegraph passed along a report from the local news agency that "ISIS troops entered the house of a poor Christian and, when they didn't get what they wanted, the soldiers raped the mother and daughter in front of their husband and father." 2 The New York Times reports that "at least 1,531 civilians were killed in June alone" in Mosul and the city's Christian population has gone from 30,000 in 2003 to zero.3 While major media outlets continue to splash headlines decrying the nearly 500 dead in Gaza, the fate of Christians in Mosul gets no such preference. This when the crisis is a direct result of US troop toppling the Iraqi government then abandoning the country.4

As I said, Jonah is one of only two books of the Bible ending in a question. It records the redemption of a people. The other is the book of Nahum, which records the utter destruction that was heaped upon Nineveh as judgment came. Today, Christians are faced with a question. Will we as the body of Christ be reluctant to intervene or will we extend ourselves to minister to those who are suffering because of His name?


What Christians Can Do

The horror ISIS is inflicting on our brothers and sisters in Christ is staggering and the church needs to act. The Apostle Paul instructs us "as we have opportunity, let us do good to everyone, and especially to those who are of the household of faith" (Gal 6:10). Here then are three things we can do to help Christians fleeing Mosul:

Christians can support those fleeing their homes in Mosul. We first support our brothers and sisters by praying fervently for them. Pray daily. Pray before each meal as you thank God for your blessings that He would offer compassion and shelter to the refugees as well. But you can support the refugees in more concrete ways as well. Currently I've found two Christian organizations that are providing relief efforts to the displaced Christians from Iraq. You may donate to either  International Christian Concern or the Barnabas Fund. Both are registered with the Evangelical Council for Financial Accountability.

We need to speak up for those people who are being murdered and displaced from their homes. I recommend you write to your federal congressional representative and let them know that you have serious concerns about the suffering in Mosul. Be respectful and keep your letter short and on point. I have created a sample letter here. For US citizens, if you don't know who your representative is, you may find out here.

Let's raise the awareness of this atrocity to the level of national discourse. Post about the plight of Iraqi Christians. Update your status on social media platforms and share links. Encourage others to do the same. If you're a pastor, talk about this from the pulpit. The more attention we draw to those afflicted by evil, the more other people will join with us to help.