That Quote May Not Mean What You Think It Does! 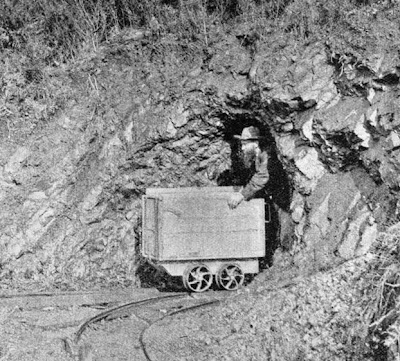 Yesterday, I began a rebuttal of some comments from a previous post on Gandhi. I had said that Gandhi's eastern background hindered him from understanding the gospel message because he filtered it through his pre-existing Eastern conception. I quoted Gandhi, who said, "If God could have sons, all of us were His sons. If Jesus was like God, or God Himself, then all men were like God and could be God Himself." I then explained, "Jainism specifically teaches that one can remove all their bad karma and become God. In fact, in Jainism the only Gods that exist are those humans who've rid themselves of their karmas."1 So, it isn't surprising that Gandhi would somehow misunderstand Jesus' unique claim to divinity since in the Eastern view, being divine is not unique; it's the goal.

I supported my point with several footnotes, including one by scholar Huston Smith and one from Jainworld.com, which is one of the most comprehensive sites covering Jainism. However, that passage elicited this response from Nate:


Also, as far as Gandhi's issues with "if God could have sons, all of us were sons." Are we not "children of God?" I don't see any issue with his logic here. And this: "If Jesus was like God, or God himself, then all men were like God and could be God himself---" Seems as though his perspective is consistent with many great Christians.

In order for Gandhi's perspective to be consistent with many great Christians, these Christians would need to be polytheists, like Hindus and Jains are. However, being a polytheist is a direct contradiction to the most basic of Christian theology, which is widely recognized as one of the three great monotheistic faiths of the world.

For his support, Nate included sixteen different quotes from the Bible, C.S. Lewis, and others. They are reproduced here as he supplied them:


It is a serious thing to live in a society of possible gods and goddesses, to remember that the dullest and most uninteresting person you talk to may one day be a creature which, if you saw it now, you would be strongly tempted to worship. . .
—C. S. Lewis, The Weight of Glory

. . . the Spirit and our spirit bear united witness that we are children of God. And if we are children we are heirs of God and co-heirs with Christ, sharing his sufferings so as to share his glory."
—St. Paul, Rom. 8:15-17

They (those who love him) are the ones he chose specially long ago and intended to become true images of his Son, so that his Son might be the eldest of many brothers.
—St. Paul Rom. 8:29

For the Son of God became man, that we might become God.
—St. Athanasius, De inc

God said to this hairless monkey, "get on with it, become a god."
—C. S. Lewis, A Grief Observed

"the Word became flesh and the Son of God became the Son of Man: so that man, by entering into communion with the Word and thus receiving divine sonship, might become a son of God"
—St. Irenaeus, Adv Haer III 19,1

I tell you most solemnly, whoever believes in me will perform the same works as I do myself, he will perform even greater works.
—Jesus, John 14:12

Souls wherein the Spirit dwells, illuminated by the Spirit, themselves become spiritual, and send forth their grace to others. Hence comes . . . abiding in God, the being made like to God, and, highest of all, the being made God.
—St. Basil the Great, On the Spirit.

(God) said that we were "gods" and He is going to make good His words. If we let Him-for we can prevent Him if we choose—He will make the feeblest and filthiest of us into a god or goddess, dazzling, radiant, immortal creature, pulsating all through with such energy and joy and wisdom and love as we cannot now imagine, a bright stainless mirror which reflects back to God perfectly (though, of course, on a smaller scale) His own boundless power and delight and goodness. The process will be long and in parts very painful; but that is what we are in for.
—C. S. Lewis, Mere Christianity 174-5

Let us applaud and give thanks that we have become not only Christians but Christ himself. Do you understand, my brothers, the grace that God our head has given us? Be filled with wonder and joy—we have become veritable Christs!
—St. Augustine of Hippo

The Only-begotten Son of God, wanting us to be partakers of his divinity, assumed our human nature so that, having become man, he might make men gods.
—St. Thomas Aquinas

In this way we are all to come to unity in our faith and in our knowledge of the Son of God, until we become the perfect Man, fully mature with the fullness of Christ himself.
—St. Paul, Ephesians 4:13

Morality is indispensable: but the Divine Life, which gives itself to us and which calls us to be gods, intends for us something in which morality will be swallowed up. We are to be remade. . . . we shall find underneath it all a thing we have never yet imagined: a real man, an ageless god, a son of God, strong, radiant, wise, beautiful, and drenched in joy.
—C. S. Lewis, The Grand Miracle, p. 85

A seed of God grows into God.
—Meister Eckhart

With the possible exception of Eckhart, who was a very controversial figure in the 14th century and whose teachings were put on trial as heretical, these are good Christian sources. However, these would more prove my initial point than Nate's. Each of these sources, removed from its context does not communicate the full thought of the passage. Some, such as the John 15:5 quote, are incomplete. The entire verse reads, "I am the vine; you are the branches. Whoever abides in me and I in him, he it is that bears much fruit, for apart from me you can do nothing" (emphasis added). Rather than teaching Gandhi's view that we have the power within ourselves to become sons of God, it teaches the opposite. We need Jesus otherwise we are hopelessly lost.


Quote-Mining Distorts of the Truth

I don't how Nate amassed these quotes. He may have been gathering them in his studies or he may have done a bit of Googling. Regardless, I highlight this to show how quote-mining without context is a dangerous thing.  Notice how C.S. Lewis used scare quotes in Mere Christianity when he wrote, "(God) said that we were ‘gods' and He is going to make good His words." That's a tip-off that Lewis doesn't believe that we will become divine in the way the Hindus, the Jains, or even the Mormons do. He's talking about something else. To use this quote as support for Gandhi's perspective being "consistent with many Christians" is to twist Lewis' words and make him say something he is not saying.

And so it is with all of the quotes above. Not one of these quotes supports a view that would coincide with man becoming an equal of Jesus. Remember what Gandhi said: "If Jesus was like God, or God Himself, then all men were like God and could be God Himself" (emphasis added). That isn't Gandhi claiming to have a God-centric attitude. That's saying man has the potential to be all that God is—omnipotent, omnipresent, omniscient, and omnibenevolent. Can the context for any of the quotes above to show that they argue for that position? I think not.

The problem with quote-mining is that it's pyrite, fool's gold. It looks like it supports a point of view, but it often has no value for the conversations. Occasionally, like the John passage above, it can even be used to support the opposing point. Without context it always disregards the author's intent. I think it smacks of dishonesty, as it portrays form of knowledge that doesn't really exist.

I've seen Christians who have been caught up trying to defend their faith sometimes resort to gathering quotes that they don't completely understand and offering them as proof of their position. You shouldn't do this! This is unfair to the author and to your objector. If you are researching some supporting evidence for your view, make sure you understand the author and his or her position.  Even then, make sure you understand the quote itself, in its proper context. That may even require you to read the entire chapter in which the sentence appears. However, it will be an honest way to present good evidence to others who are questioning the faith.

Yesterday, I quoted another passage from Mere Christianity where Lewis explicitly states that one cannot take Jesus as a moral teacher and leave behind His claims to Lordship. Lewis said, "let us not come with any patronizing nonsense about his being a great human teacher. He has not left that open to us. He did not intend to." Jesus very clearly taught the same thing: "I am the way, and the truth, and the life. No one comes to the Father except through me" (John 14:6). While Gandhi wants to take Jesus in just this way, he has taken Jesus out of context.  That was his undoing.