Is Gandhi a Better Model for Christians? 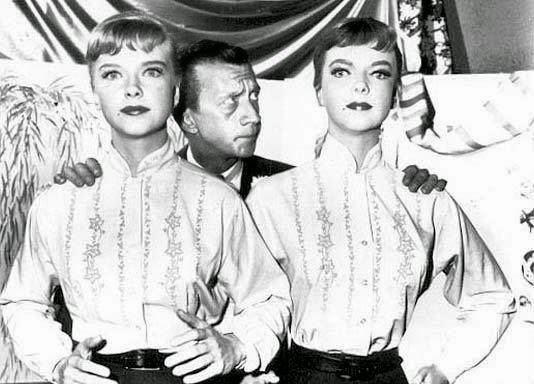 A post from last week discussing the difficulties in communicating with those of different backgrounds inspired several comments from Nate. He commented three times (most of which were quotes taken out of context) but prefaced those with a couple of paragraphs that seemed antagonistic, even though nothing he wrote addresses the post's central argument. First off, Nate responds with a bit of confusion between outward actions versus beliefs:


I would say, let Gandhi serve as a caution to Christians today that when you embody the teachings of Jesus, you may starve, be beaten, ridiculed, misunderstood, alienated, be poor.....Gandhi lived more like Christ than any Christian I have ever seen (with my own eyes), and yet here we are cautioning other Christians to his story. Hmmm... seems as though it should be the other way around.

Nate seems to be upset that I would use Gandhi for a blog post discussing Christianity at all, although I'm not sure why. I never said Gandhi was a bad man nor did I say that he didn't do great things. I affirm he did. As to his caution, Nate is obviously unaware of the history of Christianity. Jesus taught that we would be starved, beaten, ridiculed, misunderstood (even in blog posts, perhaps?), alienated, and poor. The Sermon on the Mount (Matt 5:1-11) starts with this and there is a HUGE historical record of Christians bettering society at extreme cost to themselves. Simply look at stories like St. Telemachus, David Livingstone, William Wilberforce, Father Damien, Corrie ten Boom, Mother Theresa, and Jim Elliott just to name a few. Paul the apostle recounts his sufferings as well in 2 Corinthians 11:23-27, where he writes:


Are they servants of Christ? I am a better one—I am talking like a madman—with far greater labors, far more imprisonments, with countless beatings, and often near death. Five times I received at the hands of the Jews the forty lashes less one. Three times I was beaten with rods. Once I was stoned. Three times I was shipwrecked; a night and a day I was adrift at sea; on frequent journeys, in danger from rivers, danger from robbers, danger from my own people, danger from Gentiles, danger in the city, danger in the wilderness, danger at sea, danger from false brothers; in toil and hardship, through many a sleepless night, in hunger and thirst, often without food, in cold and exposure.1

Paul lays out just some of his sufferings in spreading the gospel, and they are more than nearly all Christians face today, to be sure. However, notice how Paul opens the list. He writes, "Are they servants of Christ? I am a better one—I am talking like a madman—with far greater labors." If one cares about what Paul is actually trying to communicate, he or she would stop and ask why the apostle qualified his list.


Christianity isn't about the suffering

The answer is simple; Paul is saying that it isn't suffering that makes a person a real Christian. Paul is continuing a thought he began in chapter 10 where he is defending his authority to correct the wayward church at Corinth. (He doesn't finish his thought until the end of chapter 12, so anyone who wishes to understand the passage above needs to read all three chapters.) Basically, Paul says that boasting in sufferings or what one does is nothing. It is what one believes about Jesus that matters. That's why he says his battle is spiritual and it is fought in the realm of beliefs: "We destroy arguments and every lofty opinion raised against the knowledge of God, and take every thought captive to obey Christ" (2 Cor. 10:5).

The big point here is that sufferings, beatings, and such are not the things that make one "live more like a Christian." That's not biblical; it's works-based nonsense. Nate didn't expressly say so, but it is what his comment (along with past comments) implied. Corinth was a city of great wealth, and the Christians there weren't poor like the church in Judea. That's why Paul in both his letters asks them to donate money for the Christians in Jerusalem (1 Cor. 16:1, 2 Cor. 9:6 ff). The Corinthians had huge problems with sexual immorality, too. Yet, even with a church in a prosperous city, where they had large feasts, and fell into unmentionable sexual sin, Paul still considered them Christians.

Of my post, Nate writes, "here we are cautioning other Christians to his story. Hmmm... seems as though it should be the other way around." Perhaps he needs to read the post again. The caution is about how we communicate with others, not how Gandhi lived. What I argued was that people with a western worldview and people with an eastern worldview could be talking past each other and not know it. The Christians in Gandhi's life failed to understand the Hindu and Janist concepts that all can become divine in the same way God is divine. (This is a mistake Nate makes in another comment, which I will address tomorrow.)

My caution was aimed towards Christians to make sure one asks instead of assumes what the other person believes. I would hope that such caution applies to carefully reading blog posts as well, to ensure one's criticism applies.


Gandhi is not a good model for Christians

Gandhi was not a Christian. He denied it himself and to say he lived more like Christ simply ignores the more fundamental teachings of Jesus. Jesus was asked once which is the greatest commandment? We're talking about the greatest commandment, now, the greatest. The most important one. I want to emphasize this so no one says "but what about this teaching on suffering or sacrifice?" This is the thing that Jesus holds as first and foremost. If you don't have this, you have nothing.

Jesus responded to this question with the definitive monotheistic text, quoting from Deuteronomy 6:5: "You shall love the Lord your God with all your heart and with all your soul and with all your mind. This is the great and first commandment" (Matt 22:37). Gandhi failed at this. He didn't love the God of  Abraham, Isaac, and Jacob in the way that Jesus said. Gandhi was a polytheist who believed that even he could become God some day. Such talk was blasphemy. So, Gandhi is not Christ-like in the most important way. Therefore, Gandhi doesn't serve as a model for Christians, but Jesus served as a model for Gandhi. Just after Gandhi talked of his distaste for the Old Testament, he commented on the New:


But the New Testament produced a different impression, especially the Sermon on the Mount which went straight to my heart. I compared it with the Gita. The verses, 'But I say unto you, that ye resist not evil: but whosoever shall smite thee on thy right cheek, turn to him the other also. And if any man take away thy coat let him have thy cloak too,' delighted me beyond measure and put me in mind of Shamal Bhatt's 'For a bowl of water, give a goodly meal' etc. My young mind tried to unify the teaching of the Gita, The Light of Asia and the Sermon on the Mount. That renunciation was the highest form of religion appealed to me greatly.

This reading whetted my appetite for studying the lives of other religious teachers. A friend recommended Carlyle's Heroes and Hero-Worship. I read the chapter on the Hero as a prophet and learnt of the Prophet's greatness and bravery and austere living.

Beyond this acquaintance with religion I could not go at the moment, as reading for the examination left me scarcely any time for outside subjects. But I took mental note of the fact that I should read more religious books and acquaint myself with all the principal religions (emphasis added). 3

It was the Sermon on the Mount that spurred Gandhi to become more religiously aware. Jesus' words awakened him to even the teachings of Hinduism that had a parallel to the Sermon's. Selflessness and nonviolence were prompted in Gandhi from Jesus' teachings. Christian teachings had a huge influence on his nonviolent practice. So, Christians can look to Jesus' teachings and get everything that Nate has said wiithout ever looking to Gandhi. But one cannot take parts of Jesus' teachings in isolation. One must take all of Jesus' teachings to understand them. Jesus claimed to be God in the flesh and He said that His authority rested on the fact that he would rise again. As C. S. Lewis rightly pointed out:


I am trying here to prevent anyone saying the really foolish thing that people often say about Him: I'm ready to accept Jesus as a great moral teacher, but I don't accept his claim to be God. That is the one thing we must not say. A man who was merely a man and said the sort of things Jesus said would not be a great moral teacher. He would either be a lunatic — on the level with the man who says he is a poached egg — or else he would be the Devil of Hell. You must make your choice. Either this man was, and is, the Son of God, or else a madman or something worse. You can shut him up for a fool, you can spit at him and kill him as a demon or you can fall at his feet and call him Lord and God, but let us not come with any patronizing nonsense about his being a great human teacher. He has not left that open to us. He did not intend to.4

In my next post, I will address Nate's confusion on the deity of Jesus and his claim that Christianity somehow teaches we are all God in the same way that Jesus is God.