How to Be Smarter than Google

This week, I've been writing a series looking at some of the objections skeptics raise against the Easter celebration. Although it may have seemed like my purpose was to answer the objections, my true goal was something a bit more ambitious. I wanted to make you, dear Christian, smarter than Google. You may think "Make me smarter than Google? That's impossible!" Ah, but it is possible and let me show you how. 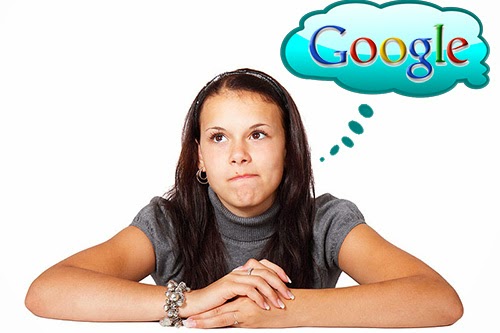 No one doubts that we are now a wired culture. Smart phones account for 74% of mobile phone users, according to Frank N. Magid Associates. We have the Internet at our fingertips no matter where we are, and that isn't always a good thing. As I heard one commentator explain, there used to be a time when as you and your friends were waiting in line at the movie theater, you may have an argument over whether that obscure bomb of a film from twenty years ago had such and such a scene in it. Such conversations may lead to discussions on the merits of the scene itself or other issues, but it would always foster communication and engagement with other people. However, now when a question like this arises someone will simply pullout their iPhone, search for the film clip or synopsis, and say "Here's the answer." That's the end of the story and usually the end of conversation on that point.

Because Google searches are so effective at slamming down an answer to points of detail, people have begun to rely on the search engine to answer everything they have a question on. And that's where the real problem comes in. When a question becomes more complex, such as "Was Easter influenced by pagan sources," simply taking the first two or three results of a Google search may not give you the correct answer. It will simply give you the most popular page. Worse, it limits your ability to critically think through the claims. By relying solely on Google, you're unplugging your brain, and that should never be the case.

But it doesn't have to be that way. You don't need to be an expert in history or on ancient religions to see why many times the claims made by these skeptics are truly ridiculous. In fact, I have been intentionally avoiding "scholar mode" to look at the facts as they are presented. Let's take that article I've been discussing this week by Heather McDougall that ran in The Guardian and just hit a couple of glaring problems. It begins:


Easter is a pagan festival. If Easter isn't really about Jesus, then what is it about? Today, we see a secular culture celebrating the spring equinox, whilst religious culture celebrates the resurrection. However, early Christianity made a pragmatic acceptance of ancient pagan practises, most of which we enjoy today at Easter. The general symbolic story of the death of the son (sun) on a cross (the constellation of the Southern Cross) and his rebirth, overcoming the powers of darkness, was a well worn story in the ancient world. There were plenty of parallel, rival resurrected saviours too.

We've already looked at the supposed connection with the spring equinox, the fact that the resurrection accounts are told in a Jewish context, and that the history of the resurrection accounts could not have evolved over the centuries. But look at that second to last sentence. McDougall writes, "The general symbolic story of the death of the son (sun) on a cross (the constellation of the Southern Cross) and his rebirth, overcoming the powers of darkness, was a well worn story in the ancient world." Uh, yeah. The first piece that McDougall seems to miss is that in the ancient world, no one spoke modern English. What do I mean? The play on words between son and sun only works in our language. You may not know the Greek for son and sun, but if you have taken high school Spanish, you can see that the word son (hijo) and the word sun (sol) are very different. They are not homonyms, and they wouldn't be in the ancient languages either. That play on words only works in English, and I'm pretty sure none of the Sumerians, Babylonians, or Romans spoke it in their day.

Secondly, McDougall ties the crucifixion to the constellation of the Southern Cross. Huh? We know that Romans crucified people, but trying to make such a connection is pretty tough. First of all, it's called the southern cross because it is only prominent in the night sky when you are positioned south of the equator. That's why Australia and New Zealand integrate it into their flags. But, more importantly, the idea of what shapes ANY of the constellations make are not universal. Different cultures would overlay their own images on different star clusters, just as you and a friend can look at the same cloud but see very different animal shapes in it. McDougall is spitting out a bunch of "just so" stories and there's enough here for you to at least be doubtful of them without having to do much research at all.


The Skeptic Bears a Burden When he Offers an Objection

It's natural that when Christians are confronted by a friend who questions them about an article like McDougall's, they feel a bit scared. I've received many inquiries by people asking for my help on the charges of the Zeitgeist movie or the supposedly rejected gospels. I get that it can feel overwhelming. But please remember, a lot of those objections are based on others doing their own brain-unplugging. They are uncritically taking any objection to Christianity that they can Google-search and presenting it before you to justify their skepticism.

If the skeptics you converse with are going to engage in a "you must give me reasons" exchange, then they should be prepared to give reasons why they think their "evidence" should be accepted as a real objection. It isn't enough for them to throw out the very first "critical response" they can find. As I've said before, any fool with a login and an opinion can post on the Internet. That doesn't mean the objections they offer are worthwhile.

As Christians, let's be more prepared to engage others by exercising our minds with a bit of practice in thinking through the claims instead of just turning to Google ourselves. Sure, there are going to be times where you need the background or the facts. There will be experts who offer thoughts that you may not have thought about yourself. In fact, part of my ministry is to help Christians by providing some of that information. However, I don't want Christians to be lazy. A little bit of thought can answer more than you may expect, and a quick reply based on your own common sense can help foster more discussion than copy and paste ever would.
Posted by Lenny Esposito at 1:07 PM
Labels: apologetics, Easter, holidays, logic, pagan, resurrection, witnessing