True Beliefs and The Truman Show

The concept of belief has been twisted and distorted to mean something different than what had been traditionally understood. Belief is simply what one holds to be real, what one takes as true. It is just as proper to say that I believe my favorite team will win the championship as it is to say I believe the sun will rise tomorrow. I may have different kinds of evidence for claim number two than claim number one, and I may have a different level of certainty for each, but if I hold each proposition as true, then each forms a belief. 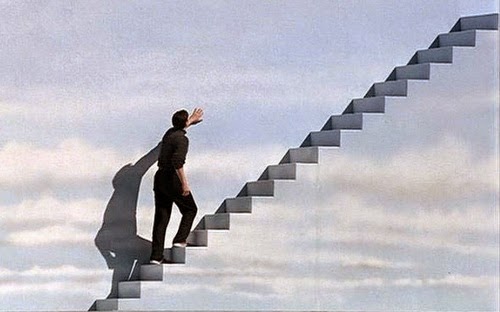 The common perception today is when one references beliefs that relate to certain metaphysical claims like the existence of God or the foundation of morality, belief is nothing more than a preference. Such views are mistaken. Because one's view of reality is different, one's beliefs are different, and that matters quite a bit.

But how can we as Christians communicate the importance of holding true beliefs? Getting someone who holds a different view to understand just what Christians mean when they say belief in God is objectively true or that right and wrong really make a difference can be frustrating. In teaching about spiritual matters, Jesus often used situational stories, called parables, to make his point. Like Jesus, we can use examples to help us illustrate our points. One of the better places to draw upon stories that would be understandable and relatable to most people is Hollywood.

Leveraging secular films to convey biblical truth may seem strange at first, but it shouldn't. All people struggle with the same "big questions" that ground their worldviews: What's the meaning of life? Does it matter what I do on this earth? Should I be true to my beliefs? What is my final destiny? Hollywood has explored these questions almost since the motion picture was invented. While they don't get everything right, you can find real gems in Hollywood blockbusters.


We Should Desire to Know What's True

We can see the value of true beliefs by watching The Truman Show. In Peter Weir's film, Jim Carrey plays Truman Burbank, who had been adopted by a television company so they could film his every reaction to the scripted life they created. Truman is real, but he has grown up in a false world. Friends and family are scripted actors. His town is a gigantic soundstage with the capacity to manufacture weather and change night into day. Since Truman doesn't realize that he's being manipulated, he thinks he's living in the real world. Yet something is gnawing at him. He senses that things in his little town of Seahaven are too perfect and yet too restricting. Living here is safe, but it isn't living. Ultimately, Truman would rather die than not experience the greater reality of life in all its gritty messiness.

In the climax of the movie, Truman is offered the safety and security of staying inside his bubble, but he would have no part of it. He would rather face the difficulties and the unknowns of a world that he never has experienced than live in a world system that isn't real. We hope and cheer for Truman because we instinctively know that being lied to is worse than whatever struggles lie ahead. Manufactured worlds are for hamsters, not humans.

The belief that Truman had in the film is that the world was different than the one presented to him. He believed the world was a bigger place than the one presented to him, and he sought answers to those things that didn't make sense to him. While the film doesn't show us this, I imagine that Truman would be quite shocked at the dirty, dangerous nature of the real world. I can't imagine the mental anguish someone in such a situation would feel as they reflect upon all the lost years and dreams of being deceived into believing in a world that wasn't true. However, he doesn't stop searching because the truth is worthwhile, even if it ends up being unpleasant.

Christianity holds that the truth matters. Paul encourages the Thessalonian church to "test everything; hold fast what is good" (1 Thess. 5:21, ESV). As I've said before, Christianity even offers a way to investigate its claims. That gives every person a way to check out the truth claims of the Christian faith. If the world is really the way the Bible says it is, then to not believe so is akin to running on a hamster wheel. It may seem fun for a while, but you are really going nowhere.
Posted by Lenny Esposito at 12:26 PM
Labels: apologetics, belief, movies, worldview