Did Jesus Go to Hell on Holy Saturday?

When I was young, the word salon was only used by old women who would go for their weekly rinse and set. I accompanied my grandmother on one of these trips and I still remember her sitting under one of those huge hot air dryers reading an old magazine while waiting for her sponge-rolled hair to dry. While there were a ton of magazines available, they were mostly old issues filled with stuff that would never interest me. 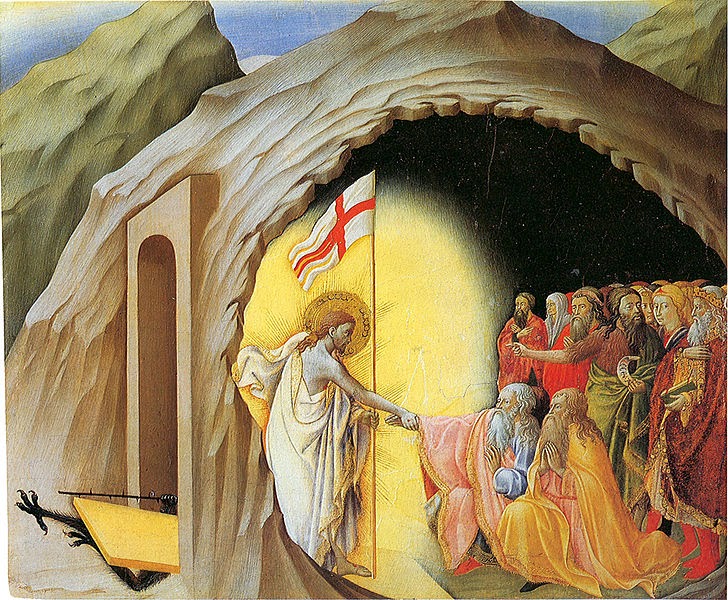 Given the ubiquity of digital media today, one would think that stale old magazines are no longer a threat. But if they are reading Salon, the digital magazine, they'd be proven wrong. Borrowing a headline that would be more apt in the Weekly World News, Salon published the article "Jesus went to hell: The Christian history churches would rather not acknowledge" where author Ed Simon unveils the shocking—shocking I say!—discovery that the Apostles creed states Jesus descended into hell. Simon writes:


The fourth century Apostle's Creed tells us that following his crucifixion, but before his resurrection, Jesus "descended to the dead." The Athanasian Creed of at least a century later is more explicit, Christ "descended into hell." Depending on context and translation Jesus either journeyed to Sheol, Hades, or Hell. 1

If you were raised Roman Catholic, Eastern Orthodox, or in one of the more traditional Protestant faiths such as Lutheran or Anglican/Episcopalian you have said the Apostles Creed many times in your life. It is a weekly recitation in many churches. Yet, Simon takes the phrase "descended into hell" and applies it in a way to mean "Holy Saturday was a day in which God was not in His heaven, but rather in his Hell."2 But that's insane. The phrase originates from the passage found in Ephesians 4:7-9, which reads:


But grace was given to each one of us according to the measure of Christ's gift. Therefore it says,

"When he ascended on high he led a host of captives, and he gave gifts to men."

(In saying, "He ascended," what does it mean but that he had also descended into the lower regions, the earth? He who descended is the one who also ascended far above all the heavens, that he might fill all things.)3

The Greek for "hell" in the creeds is the same as the one translated "lower parts" in Ephesians 4:9: katōteros (κατώτατα). A quick look up in Kittel tells us:


This word might refer to the realm of the dead (the underworld as the lowest part) or simply the earth itself. The reference to "above all heavens" in v. 10 suggests that "under the earth" is in view here, and Christ's death rather than his incarnation offers a better antithesis to his resurrection and ascension… The idea of leading captives is not so much that he liberates the dead in Hades as that he subdues the spirits that kept us captive I1:21, 2:1 ff).4

Well, opening one book before writing this article wasn't too hard for me, so I'm kind of stumped on how Ed Simon couldn't accomplish it. Of course, scholastic theology books may be a bit much for Simon, but he could have always used, I don't know, perhaps a professional research tool like Google to find this article on the subject at Christianity Today.

It seems that the word Salon still invokes the idea of hot air, but maybe not in the way that the digital publication's authors had imagined. That's why shortly after the article was posted, Twitter users decided to have some fun at Salon's expense. Creating a new trending hashtag #SalonChristianitySecrets, Twitter users began to imagine some of the other headlines that Salon may come up with concerning Christian beliefs. A few of my favorites are below:


The Bible: Why Doesn't This "Holy Book" Refer To Itself As Such? #SalonChristianitySecrets
— ن Matthew Loftus (@matthew_loftus) April 9, 2015


"Render to Caesar the things that are Caesar's"- How Jesus collaborated with occupiers against his people. #SalonChristianitySecrets
— Drew McCoy (@DrewMTips) April 9, 2015


BREAKING: Jesus flipped tables in a fit of rage one time. IS THIS YOUR CHRIST? #SalonChristianitySecrets
— Ben Howe (@BenHowe) April 9, 2015