Should Christians be Ashamed to Believe in Hell?

I recently read a question that was posted by a non-believer to a board that both Christians and atheists follow. There, someone posted a simple question: "Christians, Do you ever feel ashamed that you believe in Hell?" The question is a provocative one. It seems to assume that the doctrine of hell is something to be ashamed of or embarrassed about. Yet, there are Christians who may never have felt uncomfortable with the concept of hell react to such a charge in just that way. 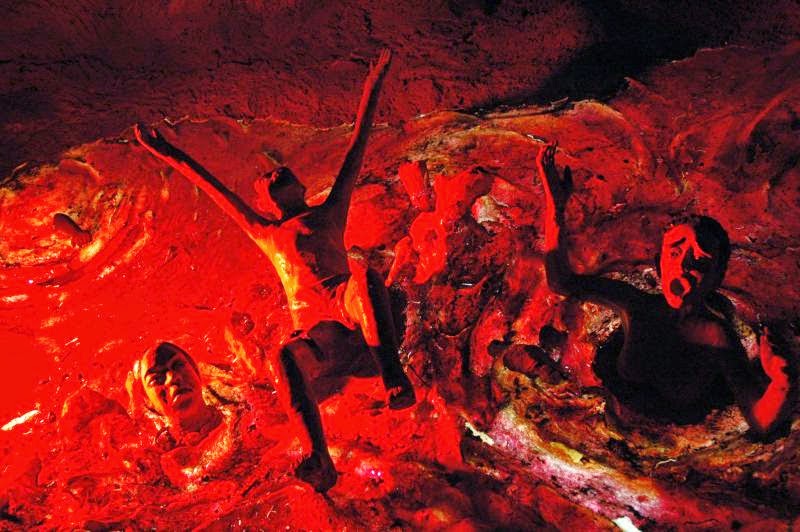 What is it about the idea of hell that makes people feel ashamed? Shame is a feeling normally associated with moral failing, that is it is properly invoked when the person believes or does something that's in error. For example, one may be ashamed that he or she didn't know the answer to an elementary math question. The implication here is that the person's education was deficient. However, I don't think the questioner has this kind of shame is directly in view. Because he addressed the question to Christians, the fact that they believe in Hell as a real place would follow. It's a belief that has been established since the beginning of the faith. To invoke that kind of shame, the questioner could have just as easily asked "Do you ever feel ashamed that you believe in God?" Notice that the response Christians would have to that question would be different; it doesn't illicit shame in and of itself. Therefore, I think the shame that is meant by the questioner is different than a shame of ignorance.

It seems clear that the shame implied by the question is one of moral failing. The questioner is implying that by believing in hell, the Christian is holding to something that is unconscionable, the torment of other human beings in the afterlife. The unstated premise is that such a view is itself immoral. But is it? If one holds to the atheist caricature of hell being a place of torment for those who don't "believe like me" or "believe the right beliefs," then perhaps shame would come into play. But that's a straw man that doesn't resemble the Christian doctrine of hell at all.


The Need for Justice

Because the questioner presupposes the belief in Hell can be something to be ashamed about, he is implying some type of moral standard in his question itself. Yet, moral standards mean that good and evil exist. To be ashamed of believing that people will be tormented is saying that tormenting people is wrong. It shouldn't be done. But, that forces the question, "What should be done to the person who inflicts torment on another person?" If inflicting torment is wrong, then shouldn't the person inflicting torment be punished for his or her wrongdoing? It wouldn't be enough to simply remove the tormentor out of range of the victim. That isn't justice. The victim's suffering requires that the perpetrator be held accountable for his deeds.

Christianity holds that God is a just God as well as a loving one. That means that God must deal with those individuals who have done evil in the world. Think of Stalin. He was a tyrant who was responsible for the deaths of millions of lives, yet he lived comfortably in power until the end of his days. Isn't the idea of Stalin getting away with his crimes an example of the moral failing of the way this world works? Hell appeals to a concept of moral rightness and justice. Rejection of hell implies the moral principles that the questioner wishes to draw upon are themselves nonbinding. They can be dodged without repercussions. And if they can be dodged without repercussions, then why should anyone adhere to them?

Of course, Christians talk about hell in a much larger context than only the destination of the most evil. God never intended for people to go to hell, but because of his love and justice, he must quarantine them there. You may read more about that here. But for my purposes in this article, the idea that there is a hell is nothing that should cause feelings of shame on the part of the believer. A world in which a perpetrator never gets caught in this life and then simply ceases to be is unfair to his victims. It minimizes the real suffering and pain they've experienced as simply a part of an uncaring, unjust world. If there is no hell, then the universe itself is unfair. The atheist may choose to believe in such a world, but they have no grounds upon which to claim that Christians should be ashamed. If there's no justice, there's no need for shame.