Christianity May Be Right, Even If We Don't Like It

Frank Bruni was the New York Times restaurant critic early in his career. Such a job has the particular advantage of focusing on one's preferences as defining. If a person disagrees with his assessment of a dish, it is easy to dismiss him or her as someone uncultured, a person with an unrefined palette or without enough sophistication to expand his or her tastes. The critic can speak about those things that are subjective, yet they seek to do so authoritatively. 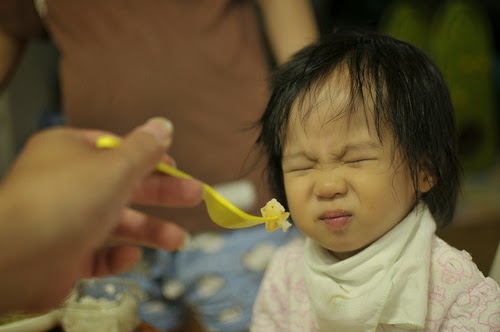 Perhaps Bruni lapsed back into that mindset when he wrote his op-ed piece for the Times last Friday. There, he made the claim that "homosexuality and Christianity don't have to be in conflict in any church anywhere."1 Where would Bruni get an idea like that? The Bible very clearly teaches that marriage is between a man and a woman and homosexual acts are not just wrong but contrary to nature.2


Making an Icky Face at Christianity

The problem is that Bruni seems to view these biblical commands like a child would view a plate of Brussel sprouts: something he would never order given the choice. He writes, "Our debate about religious freedom should include a conversation about freeing religions and religious people from prejudices that they needn't cling to and can indeed jettison, much as they've jettisoned other aspects of their faith's history, rightly bowing to the enlightenments of modernity."3 Note his choice of words here. He describes Christian beliefs on human sexuality as "prejudices," things Christians "needn't cling to" and commands to be "jettisoned." Bruni sees the command for sexual purity as something not pleasing to his palette, and just like the child, he makes an icky face at it and says Christians should do the same.

Any parent who has lived through a similar situation with their children will know that it is important for kids to eat their vegetables. While rich white sauces, fine wines and tiramisu are great, a diet focused on those things is going to severely shorten your life. Of course Bruni tries to muster his argument by offering a couple of Christians who agree with him, but this is as convincing as the child who points to his friend, claiming "Jimmy's parents don't make him eat these things!"


Truth Requires Us to Eat Our Vegetables

It is quickly evident that for Bruni, he would rather have Christians order a la carte. But Christianity isn't offered that way. Christianity makes claims about the truth, about the way the world really works. If one is a faithful Christian, it means that he has recognized God as the authority in his life. God knows what's best for us and we follow his commands because we love him enough to be obedient. Does that mean we must follow command that we wouldn't normally choose left to ourselves? Of course. But, just because we don't like it doesn't make it untrue. Mom is ultimately right that eating your vegetables is going to make you healthier because that's how our bodies work. The CDC has also shown that men who have sex with men are at an astronomically high risk for a slew of life-threatening diseases. In his piece, Bruni appeals to "the advances of science and knowledge."4 Yet, it seems here that the science of the CDC argue to the opposite conclusion.

Bruni then complains that Christians view homosexuals as sinners. But Christians view themselves as sinners, just as they view all of humanity as sinners. What follows from that? He misses the point that religious belief has an interconnecting set of truth claims. If you assent to the fact that God exists, then you are forced to assent to the idea that he knows more than we do. If we believe that Jesus died for our salvation, then it will naturally follow that we will seek to be obedient to his teachings.

While there may be some Christians who, like Jimmy, feel that Brussel sprouts are not for them, they either have misunderstood God's command or they're simply acting like defiant children. Either way, religious freedom requires that those who are faithfully trying to live out their beliefs in a consistent manner must be allowed to clean their plates as it were. To extend the analogy, Bruni seems to demand that all restaurants remove from their menus anything that offends him or face being closed down by the government.  Just how reasonable is that?

1. Bruni, Frank. "Bigotry, the Bible and the Lessons of Indiana." The New York Times. The New York Times, 04 Apr. 2015. Web. 06 Apr. 2015. http://www.nytimes.com/2015/04/05/opinion/sunday/frank-bruni-same-sex-sinners.html.
2. In Matthew 19:6-7, Jesus quoted Genesis 2:24 and affirmed that marriage is the joining of the bodies ("flesh") f man and woman. This joining is the act of intercourse which will ultimately produce offspring that is literally the one flesh derived from the genes of both parents. There are several places that condemn homosexual relations, the most clear being Paul's writing in Romans 1:26-27.
3. Bruni, 2015.
4. Bruni, 2015. photo credit: resist via photopin (license)
Posted by Lenny Esposito at 12:56 PM
Labels: beliefs, Christianity, homosexuality, media, truth