Where are the Survival of the Fittest Ethics?

Ideas have consequences. It should be no surprise that how one sees the world will also influence his or her understanding and interpretation of certain events. Unexplained healing of a loved one after praying will be understood by a Christian as the intervention of God while an atheist would probably assume it was simply a coincidence. It would be difficult to prove either point given on a single, specific instance. The fact that each offers different explanations for the resultant recovery shouldn't surprise anyone. 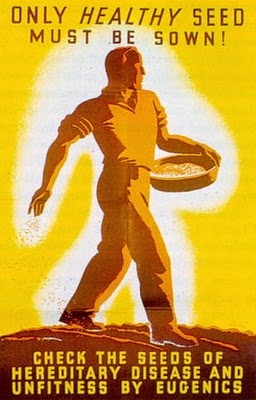 Worldviews not only influence how we interpret results, they also influence our actions prior to the result. Given the example above, the Christian who believes in the power of prayer will pray for the sick person before he is healed. He or she may admonish others to also pray, asking God to intercede for them on whatever difficulties they may face in life. Pastors will encourage prayer and one would expect prayer to become part of the "fabric" of the Christian life. If the One who created the world exists and has instructed us to petition him, then we should do so.

But one would not expect prayer to become part of the fabric of the atheists' life. Someone who doesn't believe in God has no one to whom he or she would appeal. They would hold that we are the product of evolutionary processes, random genetic mutations that are shaped and strengthened through selections that weed out the weaker, less advantageous traits in whatever environment the creature would find itself. It is as Richard Dawkins puts it "life has no design, no purpose, no evil and no good, nothing but blind pitiless indifference."1 Things like unexpected healings are based on the mechanics of the body, and may simply be sheer luck. Perhaps that individual has a genetic mutation that provides the ability to recover from an affliction that most people wouldn't. That person is fit, surviving to possible pass that mutation onto his progeny.


What are the Ethics of Evolution?

One would expect this worldview of indifference regarding survival to become part of the fabric of the atheists' life. Survival of the fittest should be the fundamental principle that shapes their understanding of the world. But when we look at the ethical systems that people who identify as atheists adopt, they don't champion laws allowing the strong to thrive at the expense of the weak. People consider the idea of domination by conquerors to be ancient, backwards and barbaric. Instead, the atheists will uphold ideas such as the weaker members of humanity should be protected.

Of course, sometimes the evolutionary worldview has made its mark, most notably with the eugenics movement popular in the early twentieth century. The term eugenics was coined by Sir Francis Galton, the cousin of Charles Darwin, who sought to apply Darwinian principles to attributes like human intelligence. It was then promoted by people like Charles Davenport and Margaret Sanger, who began Planned Parenthood.2 Ultimately, the United States over 64,000 people deemed genetically inferior were sterilized under eugenics standards implemented by 30 states in the country.3

Realize that I'm not arguing that the eugenics movement as implemented in the first half of the twentieth century was right in its mixing of social dynamics with biological heredity. The proponents may have oversimplified the source of intelligence. However, it is consistent with the naturalist, Darwinian worldview. Accepted moral concepts like those with inheritable mental illnesses, those who are unable to reproduce, or those who are physically incapable should be afforded equal worth are not grounded in an evolutionary world view. In fact, such beliefs are the opposite of survival of the fittest.

I don't believe that holding to atheism makes one any more immoral than anyone else. In fact, I applaud those who strive to be good, decent people. However, I struggle with the inconsistency of how a naturalist would ground his morality in an evolutionary framework. It’s like an atheist praying—he may do so, but it doesn't show much consistency in his belief system.