The Shocking Biology Book that Triggered the Scopes Trial

Whenever the famous Scopes "Monkey" Trial is brought up, most people believe it is a concrete example of the stubbornness of religious believers to not allow the facts of science in the classroom. That's definitely the way Jerome Lawrence and Robert E. Lee saw things in their subsequent re-imagining of the events that took place in Dayton, Tennessee in 1925. Their treatment of those who held to religious beliefs when writing Inherit the Wind is clearly designed to make that point. 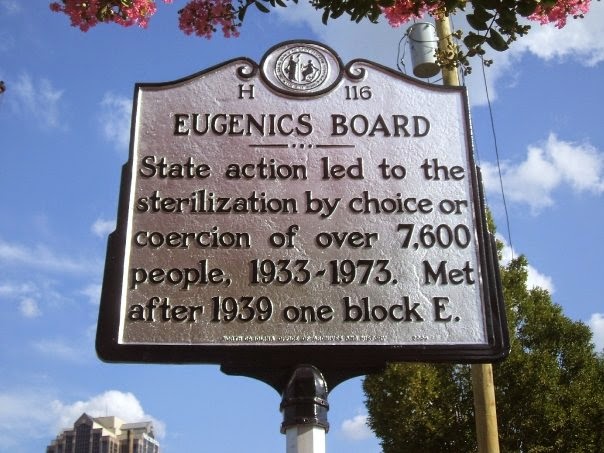 However, when one researches the facts of the case a different picture emerges. I've already talked about how the entire incident was manufactured; with the various parties hoping garner publicity for whatever side they happened to champion. As for the trial itself, Carol Iannone does a great job summarizing how the play distorts the facts in her First Things article. For an even more in-depth look into the events surrounding those eight days may be found in, Marvin Olasky and John Perry's Monkey Business: The True Story of the Scopes Trial.

In looking at the background, there were a lot of pieces at play. As a reaction to the German high criticism and the more liberal spin that many prominent denominations were placing on the biblical texts, Christian fundamentalism had become a major force, even succeeding in helping to pass prohibition laws.1 The explosion in scientific achievements such as the telephone, in-home electricity, the airplane and the discovery of x-rays were changing the way people lived. Sigmund Freud, a self-described materialist whose psychoanalysis was hugely influential, taught that religion was nothing more than a human projection onto the world for those seeking to fulfill deep-seated wishes.2

In all of this change, Darwin's theory was being promoted across most of the school systems in the country. Yet, the Darwinism of the 1920's was not what one may hear today. The Darwinian champions of the early 20th century were themselves more fundamental in their understanding of the advancement of living creatures, including humans. The biology textbook used to teach the students in Tennessee in 1925 shows us just how much was really objectionable.

As I noted previously, when asked whether he had taught evolution in the classroom, "Scopes said that any teacher who followed the state-approved textbooks taught evolution."3 The state-approved textbook for biology at that time was A Civic Biology: Presented in Problems written by George William Hunter in 1914 and published by the American Book Company out of Cincinnati. The entire book has been digitally archived and is available online at the Project Gutenberg website, but I wanted to highlight a few passages for you. Under the subtitle Evolution, Hunter lays out the story of man descending from apes and points to nomads as "little better than one of the lower animals." 4 Hunter's comment impugn the mental functions of people groups like native American or the various tribes across Africa that never developed beyond their stone age roots. Here's what he wrote in A Civic Biology about the races:


At the present time there exist upon the earth five races or varieties of man, each very different from the other in instincts, social customs, and, to an extent, in structure. These are the Ethiopian or negro type, originating in Africa; the Malay or brown race, from the islands of the Pacific; the American Indian; the Mongolian or yellow race, including the natives of China, Japan, and the Eskimos; and finally, the highest type of all, the Caucasians, represented by the civilized white inhabitants of Europe and America. (Emphasis added.)5

Of course, holding to evolution in the early 20th century, it was easy for Hunter to embrace and teach eugenics. He clearly held that there were inferior human beings who he described as parasites. Here is the entire relevant section:


The Jukes.—Studies have been made on a number of different families in this country, in which mental and moral defects were present in one or both of the original parents. The "Jukes" family is a notorious example. The first mother is known as "Margaret, the mother of criminals." In seventy-five years the progeny of the original generation has cost the state of New York over a million and a quarter of dollars, besides giving over to the care of prisons and asylums considerably over a hundred feeble-minded, alcoholic, immoral, or criminal persons. Another case recently studied is the "Kallikak" family.35 This family has been traced back to the War of the Revolution, when a young soldier named Martin Kallikak seduced a feeble-minded girl. She had a feeble-minded son from whom there have been to the present time 480 descendants. Of these 33 were sexually immoral, 24 confirmed drunkards, 3 epileptics, and 143 feeble-minded. The man who started this terrible line of immorality and feeble-mindedness later married a normal Quaker girl. From this couple a line of 496 descendants have come, with no cases of feeble-mindedness. The evidence and the moral speak for themselves!

Parasitism and its Cost to Society.—Hundreds of families such as those described above exist to-day, spreading disease, immorality, and crime to all parts of this country. The cost to society of such families is very severe. Just as certain animals or plants become parasitic on other plants or animals, these families have become parasitic on society. They not only do harm to others by corrupting, stealing, or spreading disease, but they are actually protected and cared for by the state out of public money. Largely for them the poorhouse and the asylum exist. They take from society, but they give nothing in return. They are true parasites.

The Remedy.—If such people were lower animals, we would probably kill them off to prevent them from spreading. Humanity will not allow this, but we do have the remedy of separating the sexes in asylums or other places and in various ways preventing intermarriage and the possibilities of perpetuating such a low and degenerate race. Remedies of this sort have been tried successfully in Europe and are now meeting with success in this country.

Blood Tells.—Eugenics show us, on the other hand, in a study of the families in which are brilliant men and women, the fact that the descendants have received the good inheritance from their ancestors.

In Bryan's closing argument before the court on the Scopes trial, he made some very salient points. He opened declaring that he was not trying to stifle the free speech of any teacher:


Let us now separate the issues from the misrepresentations, intentional or unintentional, that have obscured both the letter and the purpose of the law. This is not an interference with freedom of conscience. A teacher can think as he pleases and worship God as he likes, or refuse to worship God at all. He can believe in the Bible or discard it; he can accept Christ or reject Him. This law places no obligations or restraints upon him. And so with freedom of speech, he can, so long as he acts as an individual, say anything he likes on any subject. This law does not violate any rights guaranteed by any Constitution to any individual. It deals with the defendant, not as an individual, but as an employee, official or public servant, paid by the State, and therefore under instructions from the State.

The right of the State to control the public schools is affirmed in the recent decision in the Oregon case, which declares that the State can direct what shall be taught and also forbid the teaching of anything ''manifestly inimical to the public welfare." The above decision goes even further and declares that the parent not only has the right to guard the religious welfare of the child but is in duty bound to guard it. That decision fits this case exactly. The State had a right to pass this law and the law represents the determination of, the parents to guard the religious welfare of their children.6

My question to those who use the Scope trial to say how backward the citizens of Tennessee were in objecting to the text is would you want your children to be taught this stuff?