How Can the New Testament Be Trusted If the Writers Are Biased?

There are many people who are skeptical of the Gospel accounts of Jesus's life, death, and resurrection. Atheist Michael Martin, in his book The Case Against Christianity, asserts "many biblical scholars have argued that the Resurrection story was shaped by the theological aims of the evangelists."1 Basically, Martin holds that the gospel writers were led to construct the resurrection accounts "shaped by the purposes of the evangelists."2 The New Testament writers were obviously writing to sell Christianity to their audience, so why should we believe their accounts? 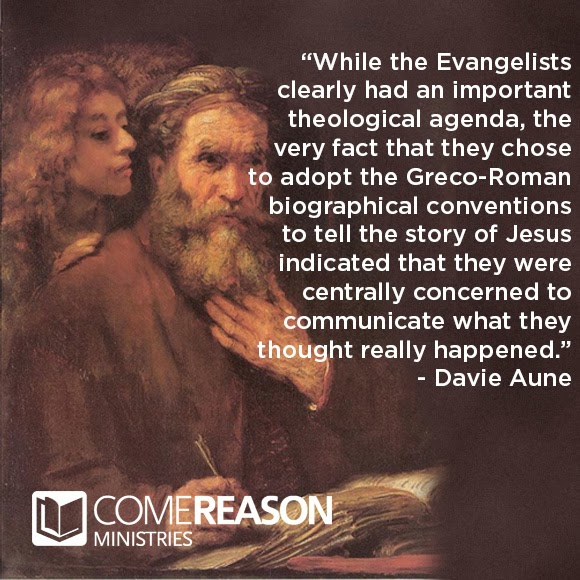 The charge of bias is an easy one to make, but because an author is biased doesn't mean we can't have a certain level of assurance that the events he described did indeed happen. We are all biased in our views; there's no way to escape bias on one type or another.  Mike Licona notes that it is common practice for those who record history to "select data because of their relevance to the particular historian, and these become evidence for the building the historian's case for a particular hypothesis."3 Licona compares such actions with a detective as a crime scene who "survey all of the data and select specific data which become evidence as they are interpreted within the framework of a hypothesis. Data that are irrelevant to that hypothesis are archived or ignored. Historians work in the same manner."4 There's no escaping bias.

Even though all ancient historians had a bias, it doesn't mean that their writings are unreliable or useless. Indeed, if we were to reject ancient historical sources because with writers were biased, we would have to reject pretty much all the accounts of history that have been left to us by folks like Josephus, Herodotus, Pliny, Lucian, and every other author from antiquity. The ancient historian Lucian himself complained about the lack of emphasis one person gave to a significant battle in his memoirs. In his The Way to Write History, he levels charges of bias when he complains, "There are some, then, who leave alone, or deal very cursorily with, all that is great and memorable…  and loiter over copious laboured descriptions of the veriest trifles… For instance, I have known a man get through the battle of Europus in less than seven whole lines, and then spend twenty mortal hours on a dull and perfectly irrelevant tale about a Moorish trooper." 5

Because the gospel accounts of Jesus are seen today by most scholars as a subset of the ancient biography genre (known as bioi)6, each Gospel writers would have selected certain accounts of Jesus's life and actions to pursue a particular point. Richard Burridge, whom Licona quotes, states the Gospels "have at least as much in common with Greco-Roman [bioi], as the [bioi] have with each other."7  Licona states that for biographies in antiquity:


Each biographer usually had an agenda in writing. Accordingly, they attempted to persuade readers to a certain way of political, philosophical, moral, or religious thinking about the subject. Just as with many contemporary historical Jesus scholars, persuasion and factual integrity were not viewed as being mutually exclusive. It was not an either/or but a both.8

The question of bias isn't then will any kind of bias will appear in historical narratives, but whether the writers were so biased that they unreasonably or intentionally distort the events they record. Licona sums up the Gospel writers' motives by quoting David Anne, who states: "While the Evangelists clearly had an important theological agenda, the very fact that they chose to adopt the Greco-Roman biographical conventions to tell the story of Jesus indicated that they were centrally concerned to communicate what they thought really happened."9

It doesn't follow that just because the authors of the gospels were Christians that they were going to be liars any more than it follows that the man who spent some twenty hours describing a Moorish trooper was lying to Lucian. One who assumes so shows his or her own bias against the Gospel records.