Geometry, Morality, and Suffering in the World

What's the definition of a straight line? Anyone who's taken high school geometry should be able to answer that question with ease. A straight line is simply the shortest distance between two points. The definition is descriptive and concise. 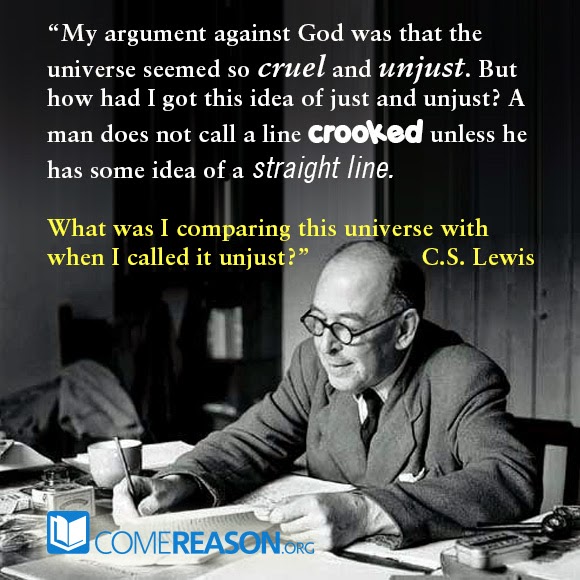 Now, what's the definition of a crooked line? That's a little more difficult. If I tell you that a line I've drawn is crooked, you could imagine many possibilities. The line could be comprised of several angles or it could have a soft radius. It could zigzag or simply fall away from the second point, never actually reaching it. We would say the Tower of Pisa is crooked even though the building's sides are perpendicular to each other. It's simply crooked in relation to the state of being vertical.

Because there are many ways lines may be considered crooked, it would be hard for you to tell just what kind of shape my crooked line actually is simply be me describing it to you as crooked. But there is one thing you would know: it is not the shortest distance between the two points I had in mind. A crooked line is not straight.

In other words, evil is to good as crooked is to straight. The only way someone can identify evil is to first understand what it means to be good and to know that the evil action (or inaction) falls short of that. There are many ways to be evil, but being good is a much narrower path, just as crooked is a broader category than straight.

Of course, this idea is not at all new with me. C.S. Lewis made it famous in his book Mere Christianity. He wrote:


My argument against God was that the universe seemed so cruel and unjust. But how had I got this idea of just and unjust? A man does not call a line crooked unless he has some idea of a straight line. What was I comparing this universe with when I called it unjust? If the whole show was bad and senseless from A to Z, why did I who was supposed to be part of the show, find myself in violent reaction against it?1

Lewis makes some clear points here. Any objection to the "immoral acts" of the Christian God must appeal to some standard, and that standard cannot originate within the world-system the objector is trying to condemn. Any time a person holds up act A and judges it on the basis of good or bad, he or she is implicitly appealing to a standard outside of the system. There must be what we would call a transcendent reference for all actions. Lewis continued in his explanation:


A man feels wet when he falls into the water because man is not a water animal: a fish would not feel wet. Of course I could have given up my idea of justice by saying it was nothing but a private idea of my own. But if I did that, then my argument against God collapsed, too—for the argument depended on saying that the world was really unjust, not simply that it did not happen to please my fancies.2

Here lies the problem with atheists who claim to offer the existence of cruelty or suffering as evidence that God doesn't exist. By appealing to such evils, they assume that an objective standard exists. But that standard must be above the creation that causes the cruelty and suffering being objected to. There must be "a law above the law" to compare the natural processes that lead to disease or death from things like earthquakes and floods.

In geometry, it is impossible to draw a completely straight line. Even with a ruler, there are microscopic imperfections that alter your pencil's path. But that doesn't mean we cannot ever grasp the concept of a straight line or continue to try and get our lines as straight as possible. If a child draws a crooked line, we correct her and tell her to try again. The same should be true for good and evil.

Perhaps the world has gone crooked. Recognizing that doesn't mean there is no God, it only means that the world has somehow distanced itself from God's destination. The solution is therefore to find the shortest distance to the endpoint and get there right away. That's how you make the crooked straight again.