What's the Alternative to the Problem of Suffering? 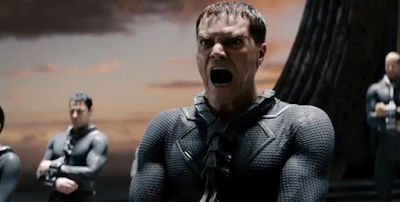 One of the biggest challenges Christians face from nonbelievers is why God allows innocent people to suffer. The question is key, especially since it holds a specific emotional impact in its posing. People have an intuitive understanding that the suffering of others seems out of sorts with the way things should be. If a loving parent wouldn't want his or her children to suffer and would do whatever is possible to help those children avoid suffering, wouldn't an all loving, all-powerful God act similarly?

Christians in conversations about the problem of evil have traditionally pointed to the fact that as free beings, human beings are themselves the reason for a lot of suffering others experience. Most evil is the result of people sinning, and one consequence of sinning is that other people get hurt. I once had a philosophy professor who conceded that the majority of human suffering was caused by other humans. He didn't think that answer solved the problem of evil, though. He said that even if one was to conclude that the free will of human beings is of enough value for God to allow evil to exist, it wouldn't explain the instances of natural evil in the world.

Moral philosophers draw a distinction between evils caused by the moral failings of people and those completely out of human control. Killings, rape, suffering from neglect, etc. are categorized as effects of moral evil while injury or death from natural disasters, infection, genetic diseases, and such are categorized as effects of natural evil1. My professor held that even if God allowed moral evils to facilitate free will, God was still directly culpable for allowing natural evils to cause so much pain and suffering.

Before we go too far, it's important to note that even much of what we may consider "natural evil" can actually be moral evil unknown. Take the uptick in birth defects and epilepsy inflicted on babies in the Upper New York state in the 1970s and 80s. It was the sinful actions of people years before who ultimately were to blame. Classifying earthquake deaths as natural evil when the death toll is really due to shoddy building structure construction is questionable at best. However, people really from suffer from maladies or conditions over which they have no control. Some people die in earthquakes even though there is nothing more one can do to reinforce their homes. Is God accountable for the suffering of these people?


The only way to avoid suffering

The challenge of natural evil sounds difficult to overcome. Why would God allow a world where tsunamis or infections can ravage people? Why would he allow droughts that make people starve? These are tough questions, but if you reflect upon the problem, you need to ask yourself what alternatives are there? I can think of only one way where the present world could exist with no natural evil; all people would need to be Superman by necessity. I don't mean they'd need to have costumes and x-ray vision. They would, however, need to be indestructible. They would need to be impervious to any natural calamity, simply shaking off the effects of the necessary plate tectonics 2. They would need to somehow have their biology not have food as a necessity for gaining energy. They would also need that biology to be impervious to any disease while still capable of maintaining those cellular functions required for growing or sustaining their organs. They would need to be supermen.

Here's the question, though. If you have such a race of supermen and that race is capable of moral evil, then how does one vanquish that evil? How do you punish others who are impervious to pain but delight in wickedness? How do parents teach their children about the consequences of wrong and the value of right? How does this world work where no one dies but they can still inflict the villainy of emotional torture on others?

These ideas are really not new. In fact, the Bible starts off with them right up front with the sin of Adam and Eve. Once humanity was infected by sin, God ejects them from Eden and guards the Tree of Life so human beings wouldn't be able to live forever in their fallen state. God was making sure that a race of indestructible sinful human beings wouldn't come about, because he knew that such a scenario wouldn't create a race of supermen, but a race of General Zods, bent on having their own way because they cannot be crushed by others. Such a world could easily result in more pain and suffering rather than less. In this sense, even the natural evil we experience is ultimately rooted in a moral failing.

Like a Monday morning quarterback, it's easy to object to the problem of suffering. Tougher is to think about what kinds of alternatives one may offer that would remove such suffering. A world without any suffering would mean a world of isolation, where one couldn't hurt others. It would mean a world where one wouldn't be able to punish evildoers. How does this make the human condition better? Only if the stain of sin is removed from the human heart would such a world be feasible. Until then, what we have is better than any alternatives I can imagine.