What Counts as Natural Evil?

The problem of evil is one of the most difficult issues Christians must deal with when defending their faith. While I've spent a few columns discussing how to answer the problem of evil generally, these responses focus primarily on what philosophers would call moral evil. Moral evils are evils perpetrated because people are sinful and do sinful things. God would be required to stamp out the freedom of man in order to stop the evil for which he is responsible. 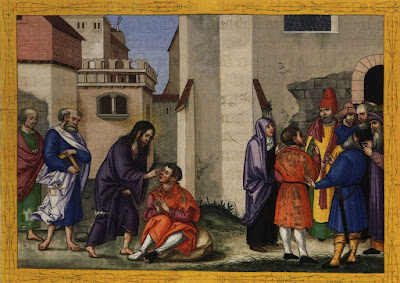 That's all well and good, but what about those evils that man has no control over? What about the child born with cancer or natural disasters and earthquakes? Stopping those things doesn't take away free will, so why doesn't God at least do something about them?

In addressing this question, one must think carefully about exactly what is to be included in the category of natural evil. For example, not all medical ailments fall into this category. Heart attacks are bad, but if an individual is obese and smokes two packs of cigarettes a day, it isn't surprising. If that person were to have a heart attack, blaming God for it is disingenuous. He or she had abused their body and reaped the consequences of his or her actions.

Other medical issues may be due to moral evil even though they aren't immediately visible. For example, the Hooker Chemical Company used a small portion of its land holdings near Niagara Falls to bury some21,800 tons of toxic waste in the 1940s and early 50s, all with the knowledge and approval of the federal government.1 In fact, a Reason investigation reports that various federal agencies used the land themselves to dump their own toxic wastes.2 Hooker Chemical was pressured into selling the land by the Niagara Falls Board of Education, who sought a cheap way to meet their need for large empty lots to accommodate new schools. Schools were then built on some of the property, sewer lines were constructed, perforating the waste area and allowing the chemicals to be carried by rainwater residential sections of the city. The School Board then sold the rest of the land in 1960 to another developer who had no knowledge of its toxic past.3

Of course, the results of what came to be known as the Love Canal Disaster wouldn't be evident for decades. It wasn't until the late 1970's that a reporter for the Niagara Gazette began an investigation as to why there were an inordinate number of y birth defects reported in their community.4 Until a severe storm that surfaced some of the chemical containers and the subsequent investigation, people did not attribute the birth defects, epilepsy or other various medical maladies to the moral failings of people.

It's quite clear that the Love Canal disaster was a result of moral evil. I don't know if Hooker Chemical took all of the proper steps when first disposing of their waste. I do know reading the transcripts of the School Board's minutes, the Board itself got greedy and improperly resold the land to subsequent developers, setting up a series of tragedies that ultimately caused people pain and grief. Yet, this is one example of which we know the facts; how many other supposed natural evils are really caused by the immoral actions of humans? We don't know but many natural evils may actually be a result of some chain of events that began with the choice of free moral agents.

Of course, not all free moral agents are human. If Satan is a real being as Christianity holds, then he can also be responsible for pains and ills that we would otherwise assume have no moral origin. We read in Job that Satan was able to summon great winds that would collapse houses or inflict Job with a severe illness causing sores all over his body. Satan and his demons are the source of Job's suffering; their actions would also be categorized as resulting from oral evil, and not natural evil.

Not all evil can be dismissed as moral evil, though. As the recent earthquake in Nepal shows, God did fashion the world to work in a certain way. I take up that portion of the response in this post. For now, simply realize that the evil men can do may have consequences beyond what we immediately see. Moral failings have far-reaching implications and it isn't fair to blame God for the evil that men do.