The Rachel Dolezal Ordeal Shows Why Race, Like Biological Sex, is Sacred 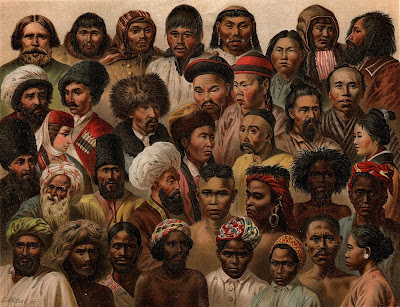 The Internet is abuzz this morning on the breaking story of African Studies professor and Spokane NAACP leader Rachel Dolezal, who is a white woman that has been identifying herself as black. Dolezal had claimed she was a target of racial profiling by police, but questions arose about the events as well as her background. It was then discovered that Dolezal has no African-American heritage, even though she had claimed such on an application to the Office of Police Ombudsman Commission.1 In fact, Dolezal's parents confirmed her heritage is Czech, Swedish and German.

The news about Dolezal broke just eleven days after Vanity Fair's unveiling of Olympian Bruce Jenner's sexual metamorphosis as a woman. That event brought many plaudits from those who push the idea that sex is somehow fungible; whatever sex one identifies with, one is. For a week, the Jenner story led many of the transgender support community to ride a wave of acclaim and public acceptance for that premise. Many of the same people don't accept Dolezal's identity as black, even though one's sex is much more clearly a description of biology than race can ever be.


The Sacredness of Race

The denunciation of racism is moral and proper for at least two reasons. Firstly, to ascribe a lesser value to a person because of their race means you are not taking the individual seriously, you are commoditizing them and doing so using a criterion that is inconsequential to do so. As Martin Luther King, Jr. famously stated, people should be judged on the basis of their character, not the color of his skin. Secondly, racism dismisses the history and heritage of an entire people group. With a hand-wave it denigrates any contributions a person's culture and traditions had in shaping the character of that individual. While certain traditions may be unhelpful or even evil (think female genital mutilation), one cannot dismiss an entire cultural heritage without dismissing every person who comes out of it. The values and traditions our parents passed onto us are formative and valuable. They are integral to who we are and they link us to our past. That's why, as Ravi Zacharias said, a person's race is sacred.2

That's why the Rachel Dolezal deception is galling. She was trading on a culture and history of which she had no part. She sought to change those very same superficial attributes to appear that she had a common history and culture. Her attempt again reduces the individual to inconsequential criteria. It's still racism, but played in the opposite direction.


The Sacredness of Biology

If Dolezal's act is galling, then how much more galling is the idea that one can change the outward appearance of one's hair, face, and genitals to appear as sex different from your biology. The transgender community would reduce the definition of a man or a woman to injectable hormones and plastic surgery. In fact, it's telling that Jenner wasn't featured in Vanity Fair as a 65 year old female, but closer to the idealized pin-up, a caricature of womanhood. Some of the very same publications who cheered Jenner's photos decried as demeaning similar images when they appeared in cartoon form on a scientist's shirt. The scientist's shirt is denigrating women while Jenner's poses are epitomizing womanhood. How is this consistent?

The fact is that reducing a person's worth based on their sex is offensive. If racism is wrong, then sexism is wrong and for the very same reason: using inconsequential aspects of a person to demean them. For instance, one's sex has absolutely no bearing on one's ability to function as a scholar, a chef, or a scientist. But just like one's culture, sex does have bearing on important aspects of shaping the family. Only women can give birth and only men can father a child. Those aspects of who we are so shape us and they do matter.

When my family was on vacation a few years ago, our travels took us through Tonopah, Nevada, a town literally in the middle of nowhere. At a gas station, I found myself in line behind Dennis Avner, the man who sought to change himself into a cat. I had seen images of Avner on one of those filler cable TV shows, but he was here in real life standing before me and paying for gas. No one mentioned to Avner that cats cannot pay for gasoline or drive a motor vehicle and he didn't seem to mind taking advantage of the benefits of being human as this point.

The reality is, no matter how much surgery Avner underwent, he would never be a cat. (Perhaps he would have benefitted if he would have read some Thomas Nagel.) He would be a man pretending to be a cat. Human beings have intrinsic worth because they bear the image of God. All races bear that image and therefore they all share that worth. God also created human beings male and female, and therefore both sexes share that worth. Dolezal's charade attempts to move the value of people to something superficial, but it is only different in degree and not kind from the transgender lobby. If race is sacred, so is sex and we need to recognize both.