Can God Use Natural Evil to Reduce Suffering?

Hurricane Ivan was an intense category V hurricane that battered the Caribbean and the United States in 2004. The hurricane was especially devastating because it didn't quickly disperse after coming on land. Instead, it became a cyclone that spawned tornadoes inflicting damage from Alabama to Maryland. It was a highly unusual and very destructive hurricane that took dozens of lives.1 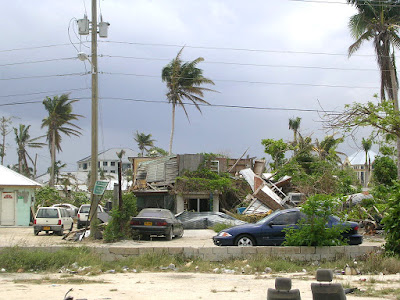 In my recent series on the problem of evil, I set out to distinguish the difference between moral evil, that evil that comes about as a result of man's moral failings and natural evil. Natural evil could include the catastrophic events such as the deaths resulting from Hurricane Ivan. After all, no violation of God's law caused Ivan's existence; hurricanes are simply a part of the weather cycle. Atheists have argued that if there is a God who created this world, then God is responsible for the evil and suffering that events like Ivan produce. They then seek to challenge the very notion of an all-good God because He not only allows natural evil to exist; he basically built it into the world we see. How should a Christian answer such an objection?


God May Use Evil to Restrain Greater Suffering

I've previously written that natural disasters, such as the recent earthquake in Nepal, are necessary for life to exist on earth. That's also true for hurricanes. Tropical storms like Ivan help to regulate the heat of the ocean, preventing even more devastating storms from being created.2 They also are responsible for the needed rainfall in many areas that allows people to grow food.3 But, my goal of this post is not to justify specific weather anomalies. Childhood maladies that result from natural evil won't be dismissed so easily.

God may allow a certain amount of suffering caused from nature to stem even greater suffering from moral evil. Humanity, without a threat of punishment for wrongdoing, becomes more violent and more destructive. If one looks back to the AIDS epidemic in the 1980s, you can see a similar trend. In the 1970s gay bathhouses were booming as a way for homosexual men to hook up for casual sex. The Associated Press estimates there were over 200 such businesses across most major metropolitan areas of the United States. By 1990, their numbers had shrunk to 90.4 What caused the huge decline? It wasn't that the patrons became more moral. It was the fact that they were scared of contracting a deadly disease. Thus, the suffering of those with AIDS was enough to not only stem the promiscuity in the homosexual community, but it actually reversed the trend for a while.

Going back to Hurricane Ivan, the tale of Robert L. Medvee shows one way how such natural disasters can lead to less suffering. Medvee lived in a Maryland neighborhood that was struck by one of Ivan's tornadoes. He hired a repair crew to patch the damage caused by the twister while he stayed with friends. While working on the structure, the crew discovered a huge trove of child pornography, including many photos that Medvee himself took of children engaging in various sex acts. Maryland State's Attorney Scott Rolle said, "Some of them appeared to be as young as 6 or 7. They were engaged in sex acts with each other and adults."5 The pain and suffering these children endured because of Medvee's evil acts was hideous enough. Who knows how many more children would have been tortured by being forced into sex acts had Ivan not struck and Medvee be uncovered? In this one act alone, Ivan may have saved more lives than it took, but we will never know for sure. The point, though, is that God can order certain events that seem evil to actually deliver less pain and suffering than if they didn't occur at all.