Who is God? Infinite, Personal, Transcendent 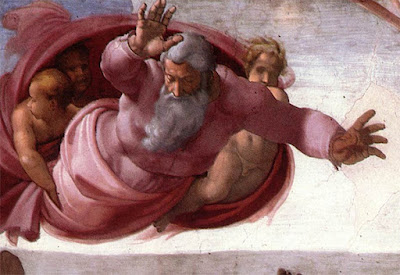 In his masterful book The Universe Next Door: A Basic Worldview Catalog, James Sire begins by explaining Christian theism, and there he starts with the basic attributes of God. As Sire notes, it used to be that everyone knew what the concept of God was within the western world, but that cannot be taken as true any more. People think they know what the concept of the Christian God entails, but they either misunderstand or leave out key characteristics. In the passage below, Sire offers a definition of the God of the Bible and then unpacks it:


Prime reality is the infinite, personal God revealed in the Holy Scriptures. This God is triune, transcendent and immanent, omniscient, sovereign, and good.

Let's break this proposition down into its parts.

God is infinite. This means that he is beyond scope, beyond measure, as far as we are concerned. No other being in the universe can challenge him in his nature. All else is secondary. He has no twin but is alone the be-all and end-all of existence. He is, in fact, the only self-existent being," as he spoke to Moses out of the burning bush: "I AM WHO I AM" (Ex 3:14). He is in a way that none else is. As Moses proclaimed, "Hear, 0 Israel: The LORD our God is one LORD" (Deut 6:4 KJV). SO God is the one prime existent, the one prime reality and, as will be discussed at some length later, the one source of all other reality.

One implication of the personality of God is that he is like us. In a way, this puts the cart before the horse. Actually, we are like him, but it is helpful to put it the other way around at least for a brief comment. He is like us. That means there is Someone ultimate who is there to ground our highest aspirations, our most precious possession-personality. But more on this under proposition 3.

Another implication of the personality of God is that God is not a simple unity, an integer. He has attributes, characteristics. He is a unity, yes, but a unity of complexity.

Actually, in Christian theism (not Judaism or Islam) God is not only personal but triune. That is, "within the one essence of the Godhead we have to distinguish three 'persons' who are neither three gods on the one side, not three parts or modes of God on the other, but coequally and coeternally God." The Trinity is certainly a great mystery, and I cannot even begin to elucidate it now. What is important here is to note that the Trinity confirms the communal, "personal" nature of ultimate being. God is not only there-an actually existent being; he is personal and we can relate to him in a personal way. To know God, therefore, means knowing more than that he exists. It means knowing him as we know a brother or, better, our own father.

My daughter Carol, when she was five years old, taught me a lot here. She and her mother were in the kitchen, and her mother was teaching her about God's being everywhere. So Carol asked, "Is God in the living room?"

God's goodness means then, first, that there is an absolute and personal standard of righteousness (it is found in God's character) and, second, that there is hope for humanity (because God is love and will not abandon his creation). These twin observations will become especially significant as we trace the results of rejecting the theistic worldview.1

One point that Sire makes in his summation at the top that he didn't draw out beneath is that God is the prime reality of all things. So many people today make the mistake of including God within some larger reality of existence. That's what fosters questions like "If God is the answer to 'who made the universe' then who made God?" That's a category error. God is the starting point. Without God, existence doesn't even make sense.

I highly recommend Sire's book. It's a great way to understand how worldviews affect not only how one views God, but how it changes the way one interprets all of reality.