Here's a Tip: Use Analogies Cut to the Heart of Controversies 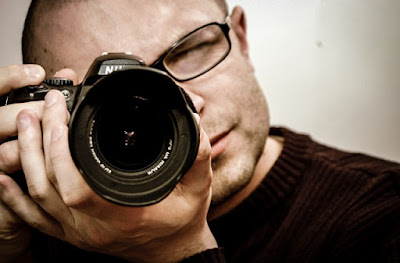 It's difficult to discuss hot-button issues today. On certain topics, people hold positions which make communicating the underlying principles much more difficult. Take the conflict between same sex unions and the wedding photographers or cake bakers as an example. Because the conflict has been framed in terms of bigotry and discrimination, the question of whether the state has a right to enforce people to violate their consciousness or their beliefs can become lost. Rather than debating the principles of the freedom the act in a way consistent to one's own beliefs, the discussion usually gets mired in the rights of two people to marry whomever they wish, which is beside the point.

I had the opportunity to share breakfast this morning with Dr. Francis Beckwith, and he noted that in cases where the rhetoric overwhelms the discussion, it helps to draw upon analogies or thought experiments. If the analogy is drawn well, one can construct a similar situation that calls upon the same ideological parameters but offers a different circumstance, perhaps one in which the recipient isn't as emotionally invested.

Beckwith said he has effectively used this type of approach with his students or in conferences when talking about the question of a Christian photographer being compelled by the state to photograph a same sex wedding. As I mentioned, the whole topic of same sex unions has been beaten down with overheated rhetoric and it can really overshadow what is a different issue here—whether a person has a right to be faithful to his or her conscience. So, if I'm concerned about keeping the sanctity to make choices that are faithful to my own conscience, a good way to communicate that is to use a situation that removes the same sex marriage component completely but still displays the conflict.


A Beef About A Bris

One example he gave is to imagine a Jewish couple hiring a photographer to record their eight-day-old son's bris. The bris is a religious ceremony that includes the circumcision of the infant. It is deeply significant, especially to those holding to Jewish orthodoxy, and signals the addition of the child to the Jewish covenant and to the community. However, circumcision is actually pretty controversial these days, with organizations believing that the cutting of the child's foreskin amounts to genital mutilation and coupled with the fact that the child cannot give consent to such a procedure, it is immoral.1

In his thought experiment, Beckwith asks the listener to imagine that the photographer has some deeply held beliefs that circumcision is child abuse and mutilation and therefore he cannot on good conscience photograph the bris. Does he have the right to refuse this request? Given the central importance circumcision plays in the Jewish identity, is it bigotry on the part of the photographer to refuse this couple? What would you think if they sued him on grounds of discriminating against their Jewish heritage and forced him to take pictures of the bris? Would such a judgment be right in your eyes?

As you can see, this thought experiment puts the very issue of fidelity to one's moral beliefs at the center of the discussion. If the principle should be applied in a specific way in the circumcision case, we can then apply it in the same-sex union case.


Be Careful with Your Analogies

One note of caution you should keep in mind when offering an analogy in this way: the analogy must be as close as possible to the original situation. In both cases above, you will note that both marriage and the bris are identifying, major life events. For a segment of society both are steeped in religious meaning; marriage is a sacrament in the Roman Catholic Church and the bris is fundamental to the Jewish faith. Both are real modern-day issues with a diversity of sincerely held opinions. Even the photographer's job is the same. The only variable is the circumstance in which the photographer is being asked to violate his or her conscience. This makes the analogy particularly effective and it focuses the debate where it should be, on the issue at hand.

Analogies and thought experiments are useful tools in gaining understanding for abstract concepts wile dodging the emotional reactions that can accompany controversial topics. Sometimes, they don't form immediately. They may be developed and refined over time to increase their effectiveness. But their power to cut through much of the rhetoric and get to the central conflict makes those efforts more worthwhile.