Did the New Testament Authors Know They Were Writing Scripture? 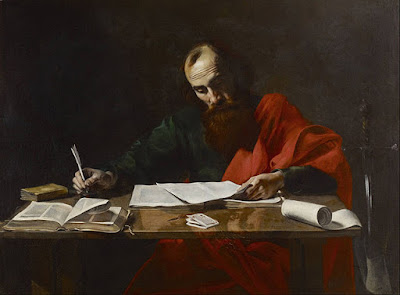 The New Testament is crucial to Christianity. It provides the basis of knowledge not simply for Jesus's life and ministry, but also for how we are to relate to God and order our lives. Of course, one of the primary drivers of the Protestant Reformation was sola scriptura or the authority of scripture alone. However, all Christian traditions look to scripture as authoritative in matters of faith and practice. All of Christendom shares this idea; it is only on the question of whether additional centers of authority exist where we differ.

Another point of agreement within Christianity is the make-up of the scriptures that form the New Testament canon. Those twenty seven books are also universally recognized as scripture. They were shared between churches to be rad to the congregations as instructive from the earliest days of the Christian faith. Even if a letter was addressed to a specific congregation and written to answer specific questions, such as 1 Corinthians, or specific problems like Galatians, all the churches would look to these writings as scriptural.

That brings up a question, though. Did the writes of these texts realize the would be used in such a broad way? Would Paul be horrified that a specific letter he sent to a specific group in Asia would also be applied by those in Rome? What about the 21st century church in America leveraging a text written for a first century middle-eastern culture? Just how aware were the writers of the New Testament that the letters and history they were composing would be looked to with the same authority as the Old Testament?

According to Peter Balla, the evidence shows they actually expected their writings to be used in this way. In his essay "Evidence for an Early Christian Canon (Second and Third Century)," Balla notes that not only did the early church immediately apply the apostles' writings to their lives, but the apostles themselves instructed them to do so:


At some time in the first century Paul's letters were collected. We do not know when and who collected them first, but it is possible that at least some of them were collected and edited for publication by Paul himself. Perhaps the collecting occurred decades later, we do not know. It is known, however, that either in the first century, or in the second (when many scholars argue 2 Peter was written), the collection was held to be authoritative as it was put alongside other "scriptures," i.e., sacred writings of the Old Testament. In 2 Pet 3: 15– 16 we read: "So also our beloved brother Paul wrote to you according to the wisdom given him, speaking of this as he does in all his letters. There are some things in them hard to understand, which the ignorant and unstable twist to their own destruction, as they do the other scriptures."

Paul clearly distinguishes between Jesus' authority and his own. However, through that very distinction we can see not only that he regarded Jesus' message as authoritative, but that he claimed authority for himself as well. In 1 Cor 7, this distinction appears repeatedly. In 1 Cor 7: 12 we read: "To the rest I say, not the Lord, . . ." but in verse 17 we learn that Paul himself had the authority to give instructions for the congregations: "This is my rule in all the churches." Even when Paul does not give rulings, just advice, he expects that because of God's grace and Spirit given to him the congregation will obey him. Verses 25 and 40 can be cited as examples: "Now concerning the unmarried, I have no command of the Lord, but I give my opinion as one who by the Lord's mercy is trustworthy . . . and I think that I have the Spirit of God."

We can suppose that similar authority was claimed for all the epistles that were circulated as written by apostles. The authority of apostles stood behind those gospels which the early church held were written by apostles (Matthew and John) or by companions of apostles (Mark as Peter's companion, and Luke as Paul's). The Gospels were accorded authority not only because of their supposed authorship, but because of their content: they claimed to have reported events related to the coming of the Messiah, and his words and deeds.1

Balla explains that given the internal evidence and the way the texts were so quickly distributed among the early churches, the apostles absolutely knew they were writing scripture.

I think that knowledge actually lends credibility to their use. The Jewish background of the apostles means they held the Old Testament in very high regard. If their writings were being misappropriated as scripture while they were still alive, it seems implausible that they wouldn't take steps to stop the abuse, much in the way Paul sought to stop the Jewish rituals that the Galatian church sought to require. Instead, the apostles placed their writings on par with the Old Testament. This means they may have been trying to intentionally deceive the church, they may have been earnestly wring that they were wring scripture, or they were truly inspired by the Holy Spirit to produce scripture. But the claim that the churches took as authoritative what was only meant as a local interaction is not open to us.