Is There Such a Thing as Rational Faith? 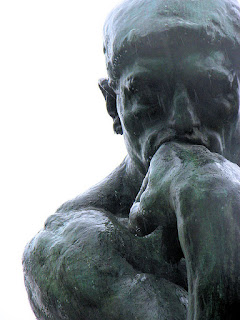 A woman once told me "It doesn't really matter which religion you follow; if you're sincere, your beliefs are just as valid as mine." She struck me as a very genuine person in her view, but she was dead wrong. Sincerity never makes a belief true. Sincerity has merit, but one can be sincerely wrong. Her beliefs clashed with logic, and what she needed was a logical faith.

What is a logical faith? Is it possible to even reconcile those ideas? Society views people who can be rational in difficult situations as heroic, intelligent and in control. However, in matters of faith we seem to put up a wall, segregating the virtue of logical thought from the earnestness of religion. We tend to hold a view that reason and faith are much like oil and water and can't be mixed. But that is only because people think that logical reasoning will undermine their beliefs. If this is so, it's possible they might not have a good reason for their faith.

I maintain there is no good reason for holding any belief system, save one. A person should believe something only if it's true. What good does it do someone to hold a belief if it's not the way things really are? A person can't be proud of believing what doesn't correspond with reality. If I told you I still believe in Santa Claus you might smile, pat me on the head and say, "Dear boy, that's nice" but you'd never take me seriously. If I refuse to let go of a belief even though it doesn't match reality, then you'd rightly conclude I'm deluding myself.

At this point some may say "Yes, but you don't understand that truth is relative. My truth is different from your truth, and these things are true for me." This kind of statement sounds good on the surface but when you really examine it, it makes no sense. For one thing, people cannot hold this view consistently. They still have to look both ways before they cross the street. Their reality may not include the car that's barreling toward them, but they're going to get hit nonetheless. That's what reality does—it affects our lives whether we want it to or not.

Now all religions are in the business of making truth-claims. Religion seeks to accurately describe God, the world, and our relationship to them. If each religion is about truth, then we should be able to examine their claims and see which ones hold up. Good belief systems tend to make good sense and have good evidence, and they can withstand thoughtful, honest examination. If a belief system falls apart under scrutiny, then it probably wasn't true.

For instance, some people believe all faiths are equally valid and they all are using different labels for the same God. Is this statement true? Hinduism believes in millions of gods while Judaism and Christianity believe in only one God. Both beliefs can't be true. One denies the other and therefore at least one must be wrong. That means all faiths cannot lead to the same God. If some people still maintain they do, they might as well still believe in Santa Claus. That's why the woman I told you about was wrong in her opinion. She hadn't thought through what she believed.

Christianity is a faith that has always been very uncompromising in its demand for truth. In writing to the Thessalonian church, the Apostle Paul admonished the believers there to "examine everything carefully; hold fast to that which is good (1Thess 5:21)." He also wrote "If Christ be not raised [from the dead], your faith is vain." These two verses demonstrate that reason and faith aren't necessarily contradictory but complimentary toward each other. Paul expected believers in the Christian religion to believe only what's true.

One of our primary goals at Come Reason Ministries is to get the Christian church thinking about what they believe and why. We feel that in examining the claims of historic Christianity, along with those of other faiths, Christianity can be shown to be the most plausible. However, we also engage questions and opinions from people of all worldviews. We feel that discussion is healthy and when done honestly and openly it will bring all the participants closer to the truth.

So is there such a thing as a rational faith? Yes, there is. A faith that is true is rational. In matters of faith, what one believes can influence life decisions, actions, emotions, and even destinies. No belief system is above inquiry, and in matters of faith the only belief worth having is a true one.