Correcting the Idea We Must Avoid Every Form of Evil 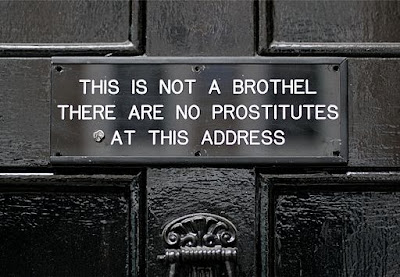 1 Thessalonians 5:22 is a fairly popularly quoted verse. The King James Version's "Abstain from all appearance of evil" is probably the most well-known, but more modern translations, like the ESV's "abstain from every form of evil" are also familiar. Usually, those who quote the verse apply it to mean that a Christian shouldn't be found anywhere near any place or situation that seems to be sinful. Some have taken it even further, believing that any action that could be misconstrued as sinful by others should be avoided.

Such views are really misunderstanding the meaning of Paul's exhortation because they are ripping the verse out of its context. Often when I engage with Jehovah's Witnesses or Mormons I will have to correct their faulty understanding of a verse that they have taken as a stand-alone admonition, when it is actually more specific and more nuanced. We recognize that taking verses out of context is the wrong way to try and bolster their views. However, if it's wrong for the Mormons and JWs, it's wrong for Christians, too. Therefore, it becomes important to correct the faulty understanding of passages such as the one above.

Bible scholar Walt Russell has written a great explanation of the context in which the Bible student should take 1 Thess 5:22. He says:


1 Thessalonians is the Apostle Paul's letter to a group of new Christians who have been persecuted by their fellow citizens in northern Greece for most of their six months in Christ. It is an adversarial context for the church, so Paul spends much of his time defending his church-planting team's integrity and actions in chapters 1-3. In chapters 4-5 ("the moral exhortation" section), he addresses five successive threats to the life of this body. 1 Thessalonians 5:12-22 is the fifth and final significant issue facing this fledgling church.

This last issue in vv. 12-22 deals broadly with the concerns that arise when the church gathers for her weekly assembly. Paul gives instructions about how to foster healthy body life in this context by rightly esteeming leaders (vv. 12-13), dealing sensitively with the varying needs of the saints (vv. 14-15), establishing a joyful assembly (vv. 16-18), and not quenching the ministry of the Holy Spirit in prophetic utterances (vv. 19-22).

Given the broader context, we are now ready to look at the immediate context for v. 22. Notice the logical flow of the argument about prophetic utterances in vv. 19-22:
As is generally the case with Scripture, God and the human authors are very specific in their discussions. They seldom sprinkle broad moral sayings in free-standing fashion. By contrast, they usually speak in a closely-argued style, especially in the New Testament letters. Such is the case with 1 Thessalonians 5:22. By removing v. 22 from its very specific context, we abstract the language from its tightly reasoned moorings and create a much more general, vague concept.1

Russell goes on to note that if Christians were to abstain from all evil locations or people, it would severely hamper one's witnessing efforts. You could only seek to save those who came across your path in the "safe zones" instead of following Jesus's example of going where the sinners are. By having a proper understanding of verse 22, Christians can be free to go into those areas that most need Jesus in order to share Him with others. It has the added benefit of allowing the Christian to not live in a legalistic fashion, but make judgments on whether certain conditions could actually cause him or her to fall.

If you'd like to read more about how Christians have taken popular verses out of context, I recommend his book Playing With Fire: How the Bible Ignites Change in Your Soul

.  Grab it. It will cange the way you read the Bible.