Why the Gospels Cannot be Dismissed as "Religious" 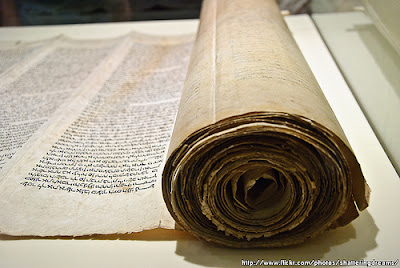 Yesterday, I was part of a panel answering questions at the local college. A member of the Secular Students Alliance approached us and asked about the historical nature of the resurrection of Jesus. As I explained to him, the vast majority of New Testament scholars from the most conservative to the most skeptical (think Bart Ehrman, John Dominic Crossan, and other Jesus Seminar scholars) hold to certain central facts about Jesus, namely his death by Roman crucifixion, his followers truly believed he rose from the dead, the dramatic conversion of the apostle Paul from church persecutor to Christian evangelist, and even how most hold to Jesus's tomb being empty. 1 These count as evidence towards his resurrection.

However, the student kept rejecting the Biblical accounts as legitimate sources of knowledge. He waved off the accounts as "a single source" from "a religious book." But his dismissal is simply wrong for a couple of reasons, both of which should be clear to anyone who wishes to approach the evidence thoughtfully.


The Bible Isn't a Single Source

The first and most flagrant error the student made is to assume the Bible is a single source documenting Jesus's life on earth. This is simply an error of his modern mindset. As I've said, the Bible isn't a single work; it's a collection of sixty-six books written by about forty authors over a 1500 year span. When counting independent sources that discuss the resurrection, one would count at minimum Mark, John, and Paul's account in 1 Corinthians 15. Matthew and Luke draw from Mark's Gospel so scholars may not count them as independent, but dependent on Mark. However, as Michael Licona in summarizing N.T. Wright notes, "dependence may be also be an illusion resulting from a 'natural overlap' in oral tradition or the presence of terms that would be common even if all four Gospels were completely independent when they included reports of women going to the tomb, discovering it empty and being told by an angel that Jesus has risen from the dead."2

Regardless of whether Matthew and Luke (and even the theoretical "Q") count as independent sources, historians would still agree that we have at least three independent sources that describe the resurrection. Multiple attestation is a huge deal when trying to uncover ancient historical events; it's the best data we have and shouldn't be dismissed so easily. The Biblical accounts of Jesus's resurrection by any measure cannot me seen as a single source.

The other reason the secularist dismissed the biblical accounts is because they were what he deemed "a religious work."  On this point I tried very hard to make him understand that such a classification is misplaced. As Licona explains, prior to 1990 there were a large segment of New Testament scholars who believed the canonical Gospels fell into a literary genre of their own, a kind of mythical approach to the life of a real person written in order to advance a belief system.3 However, since that time, scholarship has changed dramatically.

In his book The Historical Jesus of the Gospels, Craig Keener reviews the different literary genres used at the time the Gospels were written and demonstrates that they fit the category of ancient biography especially well. Keener also notes that skeptical scholar Richard Burridge (who sought to disprove the notion that the Gospel accounts are biography) fits the genre better than any other. Keener comments "So forceful is Burridge's work on the gospel genre as biography that one reviewer concludes, 'This volume ought to end any legitimate denials of the canonical Gospels' biographical character.'"4

It is only because the Gospels are understood as religious texts today that the student's bias has any weight in the mind of others. But using modern glasses to view ancient texts is a poor way to do history. The fact that my interlocutor would not accept my explanations to him concerning the classification of the accounts of Jesus's life says a bit more about his biases than it does the reliability of the Gospels themselves.