Don't Abuse 'What Would Jesus Do' 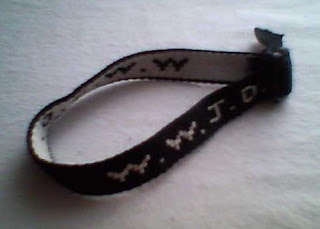 All Christians should strive to be more like Christ. Paul tells us that we are to be "conformed into the image of his son" (Rom. 8:29). Christians, seeking to model their lives after their Lord several years ago began popularizing the "What would Jesus do?" slogan. This caught on, but was also used by those critical of certain church positions to claim Jesus "would never do" thus and so. Others balk at their claims, saying Jesus would indeed hod to whatever position they are advocating.

How can a Christian in good faith model his choices after Jesus when there seems to be no clear answer? Given the circumstances and viewpoints of the modern culture differs so drastically from first century Palestine, is it even possible to do what Jesus would do today? In this excerpt from his article What Would Jesus Think or Do? J.P. Moreland offers three ideas on how modern Christians can order their lives on the teachings and example of Jesus.  Dr. Moreland writes:


First, we should do our best to interpret the Gospels in their historical setting. I believe the Gospels are historically reliable but cannot take the time to defend that belief here. If you don’t believe the Gospels are historically reliable, it doesn’t matter for our purposes. Why? Because it is the Jesus of the New Testament who figures in the culture wars and who is the object of the question “What would Jesus think or do?” So the biblical Jesus should be our object of focus.

Second, we should accept the teachings of the Old Testament (properly interpreted) as expressing what Jesus would think or do. In his most important inaugural address when he was launching his ministry and distinguishing himself from other leaders of his day, and on an occasion where Jesus was clearly presenting Himself as the New Moses who was forming a new covenant community centered around His teaching about, demonstration of, and embodiment of the Kingdom of God, Jesus’ very first teaching was his complete commitment to the entire authority of the Old Testament as the very word of God (Matthew 5:17-19). He repeatedly affirmed this belief and accepted as true the entire Old Testament. While he did critique false interpretations of the Old Testament, he never rejected the Old Testament itself, which becomes an important source of information about Jesus’ views for the following reason. If a teacher has not explicitly commented on a topic but, instead, has affirmed his acceptance of a body of literature as speaking for him, then it is fair game to employ that literature for developing an accurate picture of the teacher’s views on topics he did not expressly address. For example, Jesus never addressed the abortion question, but a clear view of the status of the fetus is taught in the Old Testament, and it would be intellectually irresponsible not to hold that Jesus accepted this view. Of particular interest will be Messianic prophecy because it quite explicitly teaches what the Messiah would think and do and Jesus repeatedly taught that he was the fulfillment of those prophecies and, in fact, was the Messiah.

Finally, for supplemental information we should turn to the teachings of those who knew Jesus best—the authoritative guardians and disseminators of Jesus’ thoughts and deeds and the designated authorities over Jesus’ community. In keeping with Jewish tradition in his day, Jesus explicitly appointed apostles to serve as authoritative preservers of information about Him and as the appropriate interpreters of his teachings to new and different situations. The apostles were appointed by Jesus to represent him accurately after his death, and they knew him well enough to carry this out. Thus, Paul—whose ideas were in complete agreement with the community authorities (e.g., Peter, James and John) in Jerusalem—is a better guide for what Jesus would say and do than is the Huffington Post or Rush Limbaugh.

It is important to keep in mind that the canonical Gospels are not the only sources of we have for what Jesus would think and do. The Old Testament and the teaching of His apostles fill in gaps that are left out of those Gospels.1