We are More than Our Brains – The Reality of the Soul 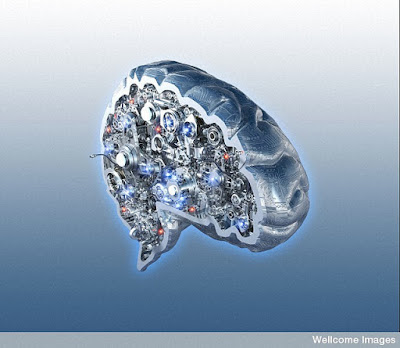 Last week I was invited to a college campus to answer questions about Christianity and the Bible. The event was hosted by the local Christian club and several members of the Secular Student Alliance were in attendance to offer their best objections. It was a good interaction.

At one point, the discussion came to ideas about the soul. The secularists held that all our thoughts, feelings, ideas, and even our consciousness could be explained by pointing to electrical signals firing across specific neurons. They claimed they knew this and that science has allowed us to see this happening. Of course, it is easy to assert such things but when one examines the details of PET scans or MRI-type imaging, we find out that the science isn't so precise after all. Neuroscientists cannot see thoughts at all. As the secular neuroscientist Alva Nöe explains, "images produced by PET and fMRI are not in any straightforward way traces of the psychological or mental phenomena. Rather, they represent a conjecture or hypothesis about what we think is going on in the brains of subjects."1 (See his fuller explanation here.)


The Problem of Physical Explanations

Given that scientific instruments cannot give us any real window into the inner workings of thoughts, I told the students that we can know our consciousness is different than simple brain activity by thinking about it a bit more. First, physical attributes can always be explained using physical descriptors. For example, if I wish to talk about why an apple has the attribute of redness, I can talk about physical wavelengths of light being absorbed or reflected on the apple's skin. If I want to explain why a computer completes a specific task, I can talk about binary code, chains of ones and zeroes that will affect the mechanical apparatus attached to it. Physical attributes can be explained using physical terms.

However, thoughts and intentions are not like that. When one asks about an intention to lift one's arm, where does that come from? Sure, you can explain the lifting of the arm in bio-mechanical terms, even if it were possible to trace the beginning of the action to an initial signal sent from the brain. But where did that initial signal come from? Why does that signal appear when you wish to ask a question but not when someone asks for volunteers to clean the bathroom? Who materializes the desire or intent to raise an arm? The electrical stimulus doesn't just appear out of nowhere; if it did we'd be raising our arms as a happenstance, which would cause quite a bit of confusion in the classroom, I'm sure! Mental attributes cannot be explained in physical terms.


The Difference Between Physical and Meaningful Descriptions

A second point is that there is a difference between physical descriptions of thoughts or ideas and meaningful descriptions. To demonstrate this to the students in attendance, I walked up to the classroom whiteboard, picked up a marker and wrote "John Loves Mary." I then wrote next to the sentence a bunch of scribbly lines that had no real pattern to them. I then asked "Is there a difference between the first writing and the second?" The class grew a bit quiet. I continued, "If I were to explain each of these writings using the language of physical and chemical properties, the sentences would appear to be exactly the same. It's the same board, the same ink, and the same kind of chemical bond that keeps the ink applied. Let's assume there is the same number of straight lines to curved lines and the same amount of ink was used. There is no way you could physically describe the sentences to show the difference between the first and second sentence. But there is a real difference between the two: the first one conveys an idea and the second doesn't."

I think this is a big problem for those who would reduce our conscious behavior to simply neurons firing and brain chemistry. Anyone can see there is a fundamental distinction in the words "John loves Mary" as compared to a scribble. In fact, the key difference doesn't even require the whiteboard. I can say the statement, I can transmit it via Morse code, or I can simply think about the sentence without it ever being physically output at all. No matter the physical medium, the central aspect of the message is consistent and remains unchanged

The Secular Student Alliance students didn't seem swayed by my arguments, but they didn't have any answers, either. They couldn't explain why the first sentence is different from the second. They had no idea where intentions or will comes from. Given that their "proof" of MRI imaging is far from conclusive, I think they need to seriously examine the fact that human consciousness requires more than a physical system to work. Consciousness is not physical; it's part of the immaterial aspect of human beings. Consciousness resides in the soul.

1. Nöe, Alva Out of Our Heads: Why You Are Not Your Brain, and Other Lessons of Consciousness.
New York: Hill and Wang, 2009. 20.
Image courtesy Wellcome Images and licensed via Creative Commons Attribution-NonCommercial-NoDerivs 2.0 Generic (CC BY-NC-ND 2.0) license.
Posted by Lenny Esposito at 11:41 AM
Labels: apologetics, atheism, materialism, mind, physicalism, soul